The Truth About Profiling is That Everyone Does it, Especially Leftists 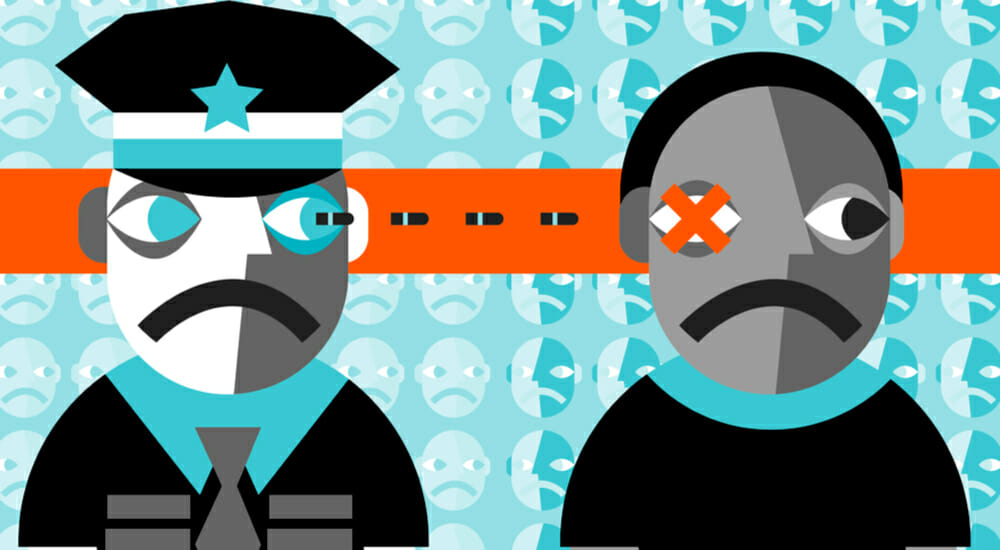 The Truth About Profiling is That Everyone Does it, Especially Leftists

My black brother who lives in Baltimore said something that has stuck with me. He said, “I am tired of having to show people (whites) that I am not like them (black thugs).” His comment was made to convince me that NFL players have valid reasons for protesting our country.

I told my brother it is not white America’s fault that blacks commit more crimes than any other race except whites. http://bit.ly/2iwp1CO Blacks are only 13% of the population.

White Americans did not burden my brother with having to constantly show he is not a thug, blacks did. Like our dad, Dr. Rev. Lloyd E. Marcus, my brother is highly respected in his community; awarded for his service as commissioner of his county’s youth football league. However, my brother does dress urban style; causal attire typical of inner city blacks. No, he does not wear his pants below his butt.

I am a black artisan; singer, songwriter, fine artist and writer. My signature black hat and attire reflect my artistic nature. Nine times out of ten, a white person would be correct in assuming I am a liberal democrat. I am a Christian conservative Republican activist. Seeing my artistic appearance and the fact that most blacks are democrats, it is reasonable for people to assume I am a liberal democrat. Therefore, it is silly for me to be offended when people read my visual message incorrectly.

Years ago when I moved to Florida, I went to join the local Republican club. When I walked into the meeting room a sweet elderly white woman said, “The democrats meet down the hall.” I laughed and told her I was in the right place. Did her assumption make her a racist? No. That Republican club was extremely excited to have its second black member. The local democrat club was 90% black and Hispanic.

Leftists news media and despicable race-baiting democrat politicians have made everyone hypersensitive regarding race. Leftists demand that we abandon common sense.

For example. A middle-eastern neighbor was infuriated and in tears because her two brothers who are in their twenties were screened by TSA at the airport. She ranted about how America is riddled with racism. Well, given that 99.9% of terrorist attacks have been committed by middle-eastern men between the ages of 18-35, TSA did its job. Her brothers were not abused in any way.

Leftists call us evil racist “profilers” for using common sense, our life experiences and reading the message people send in the way they choose to dress. So much of Liberalism is emotion-driven idiocy.

A Hispanic buddy was mugged on the streets of Baltimore. He saw the group of thuggish dressed black guys approaching him. Typically, using his street smarts (profiling), he would have crossed to the other side of the street before the muggers got to him. Unfortunately, his mind was preoccupied elsewhere.

The idea that profiling is evil is absurd. The dirty little secret is we all profile because it is common sense. If you judged a person incorrectly based on their appearance, you are pleasantly surprised when proven wrong. I don’t see anything wrong with that.

Since moving to West Virginia, two of my new neighbors looked like Central Casting gun toting racist rednecks. Both are great guys who helped me on home projects. Giving their appearance, it was wise for me to deal with them with caution before getting to know them.

Remember the book, “Dress For Success”? That book could be re-titled, “How to be Profiled a Winner”. Hookers dress to be profiled as women open for business.

Years ago in Maryland, a white resident saw two suspicious looking black guys walking around her upscale neighborhood. She did not call security for fear of being thought a racist profiler. The two thugs hijacked a white woman’s car and threw her toddler out the window.

I was raised in an all black suburban community. Whenever we saw white youths walking around, we knew they were there to buy drugs. Did that make us racist profilers or were we simply using common sense and our life experiences? Leftists refuse to allow people to tell the truth or use their brains.