Truth and Lies about Trump’s Tax Plan from Democrats 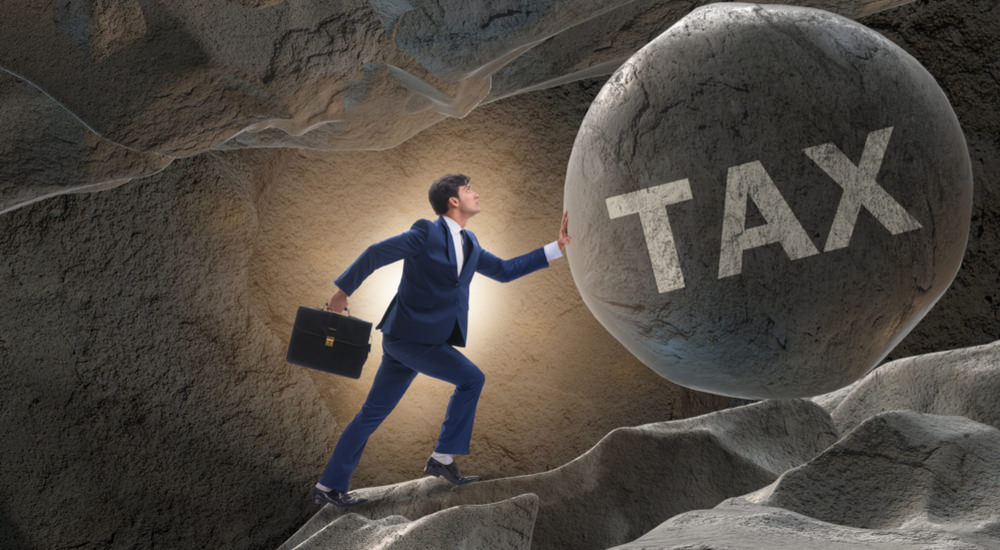 President Trump touts the tax reform bill on which Republicans will vote as “the largest tax cuts in history.”  Democrats say they are cuts for the rich that will balloon the deficit.

Overall these will not be the largest tax cuts in history, but there will be parts of them, such as cutting corporate rates, that are, and for that I will cut him some slack for pushing it like a great salesman, especially considering how politicians have always misrepresented what they peddle, e.g. ObamaCare.  The Art of the Deal is convincing people to accept what may not be the best, but is still a good deal, not impose on them what actually is not as Democrats do.  Democrats say these cuts are only for the rich, will burden the Middle Class, and balloon the deficit.  Nancy Pelosi (D-CA) says this is Armageddon.  It’s just like Democrats to say that anything Republicans do that will undo their web of scams to take American’s wealth is the end of the world.  Democrats never lower taxes but always take more and believe “tax cuts must be paid for” as if your money belongs first to government.  That Democrats should show concern for any increase in the deficit is laughable in the face of Obama’s multiple trillion dollar deficits during his tenure.

Democrat tax reform and economic efforts are identical to their climate change initiative:

Democrats need your money to fight climate change and save the planet!

Democrats say, “Your pollution is going to cause climate change that will destroy all life in sixty years unless you donate generously to the Democrat Party.  It’s too late to change how the climate will change, but we will make heroic efforts to minimize that effect.”  In sixty years, when you’re on your deathbed and world has not ended, they can tell you that your generosity helped them to “save the planet,” and they would like you to continue to give them what’s left of your money so that they can continue their efforts on behalf of your children.  Thanks a million, sucker.  Hasta lavista.

This is reminiscent of Obama’s trillion dollar deficits “saving jobs” by subsidizing Wall Street and Democrats taking credit for making something happen that would have happened anyway.  Democrats claiming Trump will balloon the deficit is a galactic farce!

Donald Trump is the first president since Reagan who keeps his campaign promises and actual is making America great again, unlike Obama who claimed he would make America great by managing its decline.  A great salesman lauds the best features of his product, which is different from a bad salesman who lies about his product.  When Trump says his tax cut is the largest in history he is not lying about it as Obama did about ObamaCare when he claimed it would give healthcare insurance to everyone and make it more affordable.  Obama has a long and storied history of making claims that are the opposite of the truth.  He claims to have cut taxes during his tenure, but ObamaCare was the largest peacetime tax increase on the poor and middle classes in history.  Today, real tax reform will not be possible until Trump & Co. are able to roll back the ObamaCare tax and the seizures of American industries like GM and student loans.  President Trump is struggling to get this small tax reform through a Republican Congress in order to give the economy a nitro boost.  Leftists tried to give Carter credit for the Reagan economy, but such ploys only work with the ignorant and uninformed.  That’s why Reagan is remembered as Ronaldus Magnus.  He got massive tax reform through a Democrat Congress.  Half of Republicans are assisting Democrats in obstructing Trump.  But that’s no surprise.  Republicans today are just as addicted to money as Democrats were then.  Democrats have become far more infected with the sickness of greed with their socialized medicine tax, energy tax, and regulations that have caused America to decline, while Washington politicians raked in the bucks like Hugo Chavez who sucked up the wealth of Venezuela.  Democrats tried to torpedo Reagan by running up huge deficits that, even after the growing economy caused tax revenue to surpass what was lost from the cuts, got even bigger.

Obama did not inherit a bad economy and deficit from Republicans as Trump has from Democrats.  Barack Hussein was part of the Democrat Congress that created them.  Obama blames Bush for the 2009 $1.5T budget deficit that Bush refused to sign, but Obama did.  He said it was necessary to save jobs, but all it did was save his donors from the crushing economy Democrats created.  Wall Street recovered while the rest of the nation declined.  Obama scorned Bush as “unpatriotic” for running up $5T in deficits while America was at war.  Obama had no such excuse why he ran up $10T in deficits except to advance corporate and blue state welfare.  His theft of future taxes from America’s children were fed into Wall Street where their bank accounts grew as the economy shrank, and he gave tax dollars collected from properly run Republican states to Democrat controlled states that squandered their taxpayer’s dollars.  Now those subsidies are only being reduced rather than eliminated, but still Democrats are threatening to move to Republican states and vote Democrat.  Is it even possible to explain to them the definition of insanity?  The mistake liberals make is in believing Democrat hype that presidents make the budget.  The House makes the budget, the Senate appropriates the funds, and all the President does is sign off on it.  Presidents do not affect the economy unless they do like Obama and make regulations via executive orders, which no president has ever done.  Leftists deny that Obama strangled the economy to make America pay for its lone superpower status in the world.

The Trump economy has already boomed in America in the last year with each quarter outdoing Obama’s best.  Democrats say this is because Obama handed Trump a booming economy while Obama inherited a crashing economy.  But Trump is helping America boom, not by riding on Obama’s coattails, but by undoing Obama’s crushing regulations and cutting those burdens loose.  Coal mining that Obama had shut down by executive order is reopening along with American energy and industry that are now growing better than they have in a generation.  Obama’s legacy was to put America into a permanent decline, but Donald Trump is reversing all of that.  What he needs next is a Republican Congress that is onboard the Trump Train rather than trying to derail it to maintain their status quo.

Look At How They Sell Themselves All The While Murdering Children: This All Reminds Me Of Something That I’ve Seen Before…
February 1st, 2023 Sons of Liberty Media