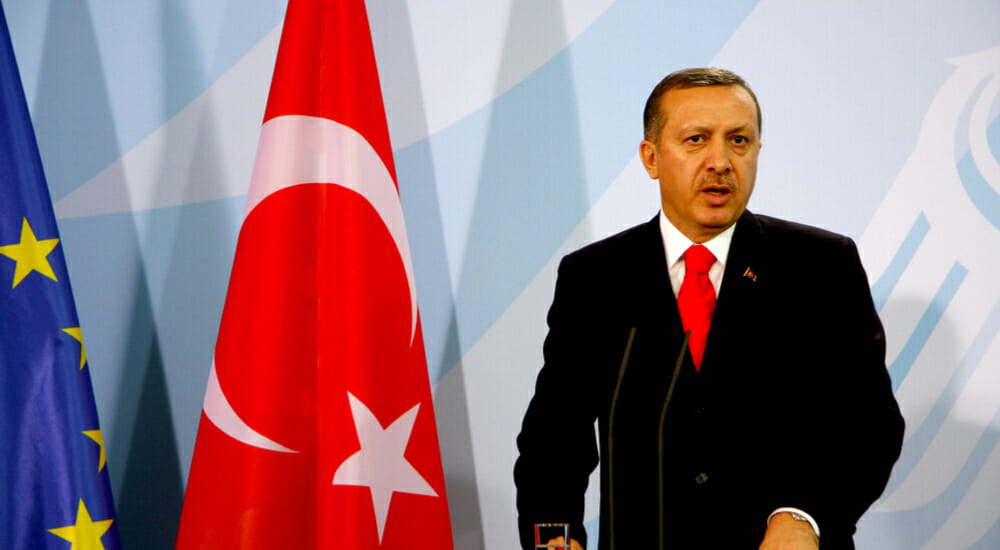 Since President Trump has announced The United States recognizes Jerusalem as the legitimate Capital of the State of Israel and we will build our embassy there, Turkish President Recep Erdogan says he will do the same.

With his announcement you can be sure Erdogan, who is a Sunni Muslim, has devious designs to destroy Israel, or short of this on the short term, seek death and destruction on the innocent Israeli people as much as possible. One way he would accomplice this, as he had done, is with his call to the countries of the world to recognize Jerusalem as the capital of a Palestinian state. Another way is, once a Turkish embassy is established in Jerusalem, he could have Turkish representatives bring weapons, and explosive devices, by diplomatic means, within the Sovereign geographical territory of Israel.

Erdogan sees no distinction between a radical Muslim terrorist, as American liberals would call them if using the word Muslim at all, and average Muslims. Informed Americans would have to agree. Erdogan recently said,

You Can Trust Muslims To Be Muslims

The rest of the worldwide Muslim terrorist network, Organization of Islamic Cooperation, which includes Turkey, quickly held an emergency meeting to attempt to counter the declaration of President Trump. Muslims can’t stand losing any ground they have gained on their universal global conquest.

Early American diplomats John Adams, and Benjamin Franklin, petitioned the Libyan diplomat to inquire why, Musselmen (Muslims) Barbary pirates, sanctioned by their home Muslim countries, without provocation, attacked American vessels on the open seas. A hefty sum in the form of a tribute to the leader of their home country could be ransomed in lieu of their attacks.

They then reported, in a letter, the diplomat’s response to United States Secretary of Foreign Affairs, John Jay. They said, in part,

“We took the liberty to make some inquiries concerning the Grounds of their pretensions to make war upon Nations who had done them no Injury, and observed that we considered all mankind as our friends who had done us no wrong, nor had given us any provocation.

“The Ambassador answered us that it was founded on the Laws of their Prophet, that it was written in their Koran, that all nations who should not have acknowledged their authority were sinners, that it was their right and duty to make war upon them wherever they could be found, and to make slaves of all they could take as Prisoners, and that every Musselman who should be slain in battle was sure to go to Paradise.”

Palestinians, as they are called, have never had a country of their own except in Jordan where their numbers are 80% of the total population. God never ordained any other people to have a country on this land. God has re-established, however, His Chosen people to return to their homeland as ordained 3,000 years ago. Recognition of any other state on this Sacred ground is blasphemy.