Trump Goes To Mexico and Makes His Presidential Case 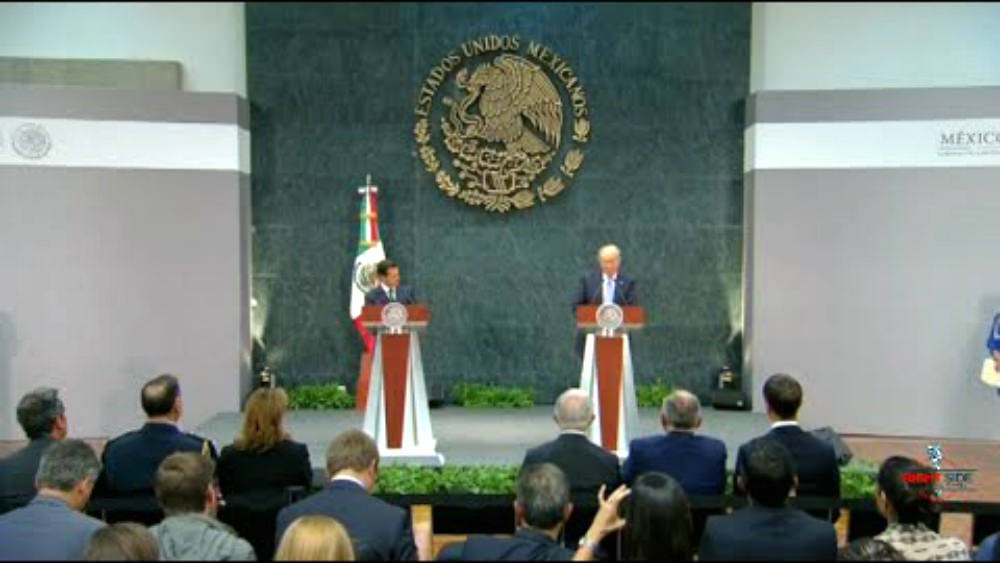 Hopefully, my articles will be shorter as the final stretch of the Presidential campaign has arrived. I also hope to provide philosophical meanderings in the future to whet your mental appetite.

What I would like to see at this time is Hillary Clinton speak more of her polices on current issues, her plans, her preferences etc.  All I have heard from her is the personal bashing of Donald Trump, and also Bernie Sanders while they were competing for the Democratic Nomination. The manipulation of the words of Trump and Sanders have been outrageous in my opinion. As I have stated before, the Primary Campaigns of both Major Parties were more akin to a High School Class President competition.  The assumption that Trump abides by the ramblings of some of the ALT-RIGHT movements, is, in my mind, ridiculous. The endorsement of any candidate by any one of these organizations cannot be considered a mutual condoning of ideas and slates. For those of you not familiar, said groups include such organizations as the KKK, the “Skin-Heads”, the Neo-Nazis, and anyone else living on the fringes of Society and professing anti-American ideas.

I am anxious to hear Mr. Trump speak tonight on his Immigration Policy.  Especially after his visit this morning with President Nieto of Mexico. Their statements after the meeting were both pleasant and informative. Mr. Trump seemed somewhat uneasy at first, but he quickly settled down.  Who wouldn’t be uneasy in that position for the first time.  But he did come across honest and sincere, as did President Nieto. Both seemed optimistic and hopeful.  They both spoke of the absolute need for a wall, and Nieto also spoke of needing another at the border with Central America, where many dissidents cross into Mexico on the way to the United States.

If there were any disagreements, neither man made mention of same, and based on their individual statements, I would say they there none of any significance.

President Nieto did reference the depiction of Mexicans by Mr. Trump as criminals, but I got the impression he was doing so as it would be expected of him to defend his people. He did not emphasize the issue.

I have heard and read the comments of many indicating that Hillary has no achievements of any substance to talk about, and therefore she continuously badgers Trump for his manner of speaking, his lack of knowledge of Foreign Policy, and many other issues. She forgets that he has not been in the Politically comfortable climate of the past thirty-five (35) years as she has, and therefore shows a Politically Incorrect attitude. I must say, at this point, that I am not an advocate of Political Correctness either. So I do not hold such an attitude against anyone.

Basically I am pleased with Trump’s appearance in Mexico today. And as I said earlier, I look forward to his speech tonight on Fox News Station.