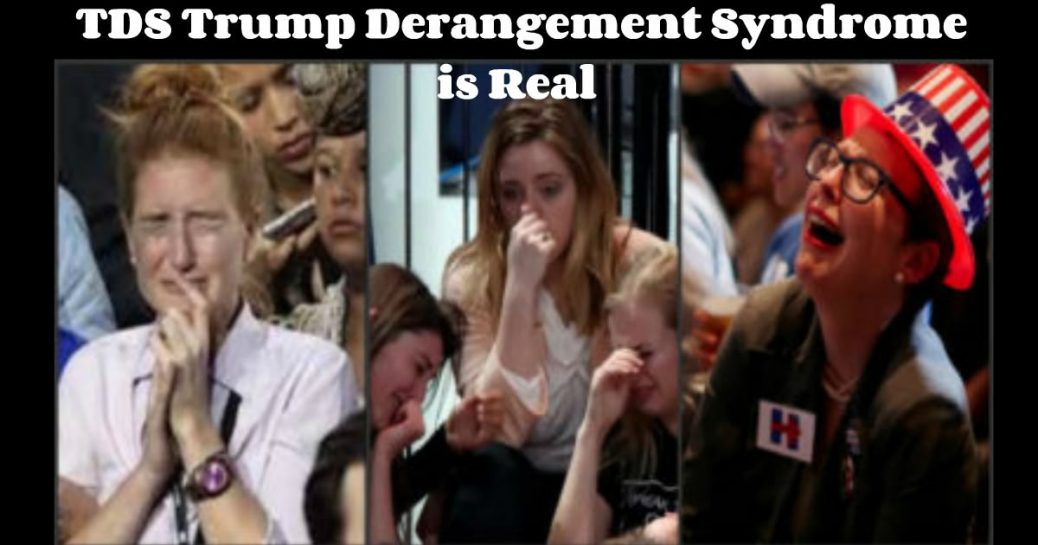 Trump Derangement Syndrome (TDS) is alive, not well, getting worse, and would not be allowed anywhere, or at any other time in otherwise polite society. As bad as Obama was, I can’t think of an incident where someone was attacked or even berated for merely voting for the guy.

TDS started out rather like a joke or comic meme, as a way of describing commentators, angry at the result of the 2016 Presidential election. And they appeared not to be upset that Hillary didn’t win – for no one, not even her supporters really like Hillary. She just happened to be the next one up – the most current leftist in which to maintain the statist status quo. It was that and she was not Trump. And as we know and were witness to, their dreams were shattered on that November night, in favor of the billionaire Neanderthal.

But TDS and radical leftism are metastasizing. By this, I mean that it is spreading from the theoretical to being a strictly verbal or gestural expression, to now, physical manifestation. Those afflicted, like addicts, can no longer control their baser impulses.

These uncontrollable impulses may range from simple assault, theft and minor property damage, to aggravated assault, or at least the attempt.

Headline News (HLN) reported on September 7, 2018, that, “During a Broadway performance of ‘Frozen,’ an audience member held up a Trump 2020 banner, and an actor on stage responded by grabbing it from his hands.”

As the banner was displayed directly in front of the stage while cast members were taking a bow, my first thought was that what the actor did was entirely reasonable. Then I read his (the actor) Facebook post. He wrote: “I will not apologize for how I responded to the disrespectful man trying to interrupt this moment with a pathetic political platform. Not at our show! Not in front of my beautiful, diverse, talented cast.” Tim Hughes, Actor.

A little context goes a long way, doesn’t it? I’m guessing that if the banner said “Impeach Trump,” he would have allowed it and his beautiful and diverse cast would have probably reveled in it.

I don’t know whether the man got his banner back.

More serious was a recent incident in Massachusetts involving an unhinged leftist woman who purposely struck a man’s car with her own. The only reason she did so was that the man had the nerve to have a Trump bumper sticker on his vehicle.

The UK Independent reported in August that, “A woman has been charged after intentionally ramming into a car that was sporting a Trump bumper sticker.”

The man was at a stop light when the car behind him started honking the horn. When he stopped at the next light, she began shouting at him. He thought she was trying to alert him of a problem.

“I could hear her screaming out the car, so I’m like: ‘Man, maybe there’s something wrong with my car,’ the victim, whose name was not revealed, told CBS Boston. So I get out and then all of a sudden I hear: ‘You’re racist’ and a bunch of cuss words. The first thing she said to me when I came out of the car was: ‘Did you vote for Trump?’ I was just like: ‘Yeah, what of it?’ and that’s pretty much what triggered it.”

She then rammed his car with her own. The man said, “She bent my door and I had to lean back to avoid getting hit. She also hit the side of my car.”

Now I don’t think there is a cure for TDS. Some of these people appear to be in stage 4.

But might I suggest a treatment to at least attempt to flush the leftism out of the system and replace the void with an infusion of Constitutional conservatism?

First, one must be placed in isolation – no unmonitored or unsupervised contact with the outside world. And definitely no social media of any kind.

Second is the treatment. Treatment comes in the form of two media platforms – video and audio, concentrating on selected lectures, speeches or interviews from/of Milton Friedman, Thomas Sowell, Walter Williams, Ronald Reagan, etc. But nothing so recent as to mention that trigger word…Trump.

This is followed by the entire collection of Hillsdale College online courses on the Constitution, the Federalist Papers, the Supreme Court, public policy, education, and economics.

Though not necessarily a cure, this treatment may lead to remission – at least until Trump leaves office.