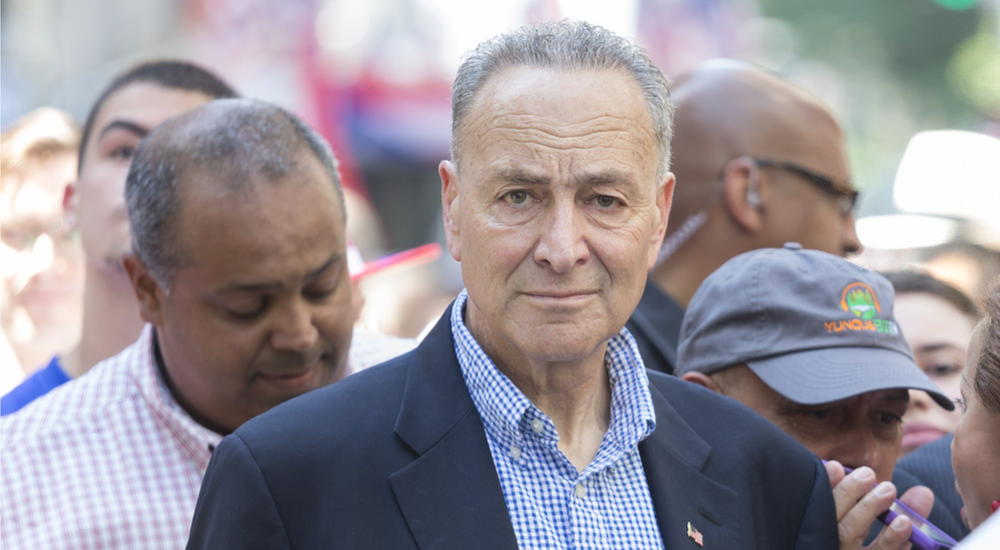 “This executive order was mean-spirited and un-American”. – Chuck Schumer (D-NY) on January 29, 2017

Ah, the Fellini farce that is the modern-day Democratic Party. A laughingstock headed by a crying, middle aged pajama boy as Senate minority leader. (This guy’s in desperate need of Linus’s blanket and a pacifier.) In 2011, Barack Obama’s secret six month ban on Iraq refugees is no different than Trump’s new executive order. In fact, the seven jihad-infested countries affected now were first identified by the Obama Administration!

Pro-abortion Democrats, like Schumer and Obama, don’t value human life anywhere: in the womb, on Chicago streets, or abroad. Recall, Obama’s crocodile tears for his hometown—the nation’s murder capital for five of the eight years of his presidency—that he did nothing about. Furthermore, this winner of 2009’s Nobel Peace Prize dropped 26,171 bombs on predominantly Muslim nations in 2016. Twenty-four hours a day: one every twenty minutes. The Guardian characterized this Orwellian warmonger as follows:

“President Obama did reduce the number of US soldiers fighting in Afghanistan and Iraq, but he dramatically expanded the air wars and the use of special operations forces around the globe. In 2016, US special operators could be found in 70% of the world’s nations, 138 countries—a staggering jump of 130% since the days of the Bush administration.”

So much for the “Great Peacemaker”—and one goose-stepping Democrat’s teary-eyed claim to care.

Like Obama, Schumer’s weepy theatrics are nothing more than a political stunt. As the ex-president mourns his Trump-dismantled legacy, Schumer bemoans Democrats’ diminished power. Specifically, he’s upset at the absence of future illegal voters (that unfettered migration and open borders perpetuate).

For progressives, every action is a manipulation designed to shore up their waning influence. These insulated liberal ideologues have utterly forgotten their purpose: to represent citizens’ rights. That means honoring the Constitution, the rule of law, and most of all—Americans’ physical safety. The fact that Democrats advocate for others with no legal standing is telling. Thus, Chucky’s antics are an egotist’s dirty trick. An illusion hiding who’s actually mean-spirited and un-American.