To Veil or Not to Veil: Muslim Women Wear Burkas and Hijabs Because . . . 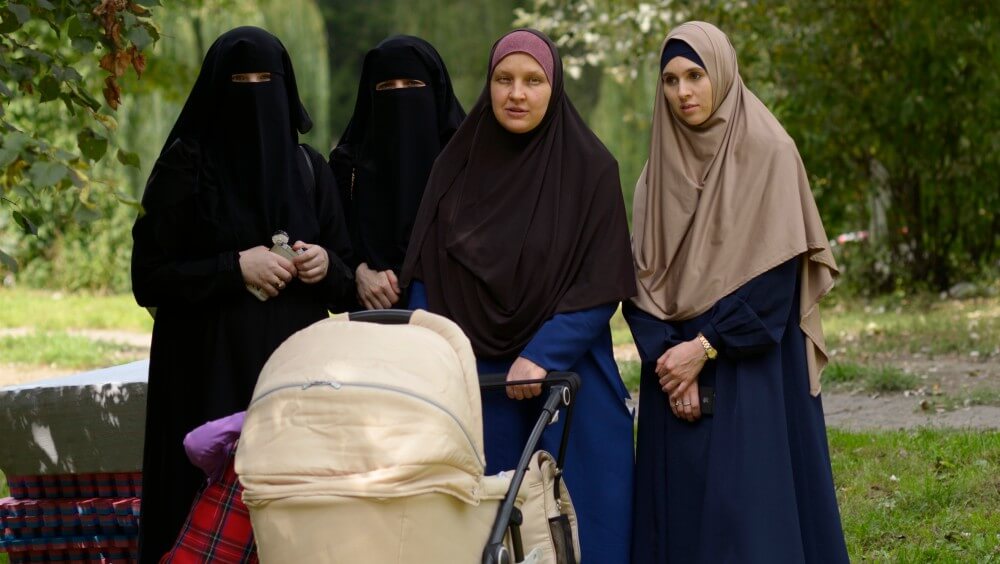 Although Muslims constitute relatively small percentages of the U.S., veiling — such as the body-covering burkas and the hair-covering hijabs worn by Muslim women — has recently become a focus of our attention. There are a variety of reasons for this including the widely publicized claims by Muslim women that they were assaulted or discriminated against because they were veiled. These women expressed outrage over being victimized “for being veiled,” and noted that veiling was an act of modesty, piety and self-respect.

To answer these questions, we need to start in the year 595 when the 25-year old Prophet Muhammad acquired a 15-year old male slave named Zeid. Muhammad developed a strong affection for Zeid, calling him “the beloved.” Because of this affection, Muhammad gave Zeid his freedom and proclaimed, “Zeid is my son, I am his heir and he is mine.” Thereafter, Zeid was legally and socially considered to be Muhammad’s son.

Years later Muhammad told Zeid, a low-status ex-slave, to marry Zaynab, a high-status Arab woman. Muhammad wanted the marriage to further replace the pre-Islam status structure — based on factors such as tribal affiliation and wealth — with one based on Islam. However, because Zeid and Zaynab did not want to get married the Islamic god had to issue a verse for the Koran mandating that Muhammad’s request be obeyed (33:36). Shortly after the marriage, Muhammad went to Zeid and Zaynab’s hut where he saw Zaynab partially undressed. He was so moved by her beauty — or body — that he left their hut mumbling something about Zaynab’s body causing men’s hearts to turn. Zeid, after hearing about Muhammad’s infatuation with his wife, offered to divorce Zaynab so that Muhammad could marry her. Muhammad told Zeid to keep his wife, but then added that if he did he had better fear the Islamic god. Zeid quickly divorced Zaynab.

The veiling verses for the Koran were probably revealed around the time of Muhammad and Zaynab’s marriage. In verse 24:31 women are to veil their “bodies, faces, necks, and bosoms” so that they do “not to show off their adornments.” And in verse 33:59 women are to “draw their cloaks (veils) all over their bodies (i.e., screen themselves completely except the eyes or one eye to see the way)” so that they will not be annoyed. There are some exceptions to veiling. For example, a woman does not have to be veiled before certain family members such as a husband, father, or father-in-law (24:31, 60, 33:55).

So, the answer to the first question is “Yes,” veiling is mandatory for most women. The answer to the second question, on the extent of veiling, is that women must be extensively veiled. The third question deals with the origin of veiling. Like other verses in the Koran, the veiling verses are not explained, but simply commands to be unquestionably followed.

However, the hadith reports — the collection of Muhammad’s behaviors and sayings — offer three possible explanations for the veiling verses.

First, the veiling verses may exist because one of Muhammad’s followers, Umar, believed they existed, but that Muhammad had not revealed them to his followers. To facilitate their release, Umar followed Muhammad’s wives when they left their huts to go into the fields at night to go to the bathroom. As Muhammad’s wives were attending to their bathroom needs, Umar yelled that he recognized one of them. The Islamic god, after hearing that Umar was following and yelling at Muhammad’s unveiled wives, revealed the veiling verses for the Koran to Muhammad, who revealed them to his followers. Umar’s justification for veiling was not based on factors such as piety or self-respect, but rather on the fact that he believed the verses existed but had not been revealed.

Second, we have to wonder how Muhammad explained to his followers why he was stumbling through the city mumbling about what a great body his son’s wife had. Muhammad probably excused his behavior by using some of his many misogynistic statements about women. For example, Muhammad might have reminded his followers that there are evil omens inside of women. These omens are so powerful they can nullify men’s prayers. Thus, the unveiled Zaynab’s caused Muhammad’s behavior. In response, the Islamic god issued the veiling verses to protect Muslim men from the evil omens inside of Muslim women.

Third, veiling may have been imposed because of Muhammad’s insecurities. When the middle-aged Muhammad married Zaynab he had several young and attractive wives, each of whom had her own hut. Muhammad did not have a hut but rotated among his wives. When Muhammad’s followers wanted to meet with him they would often go to hut of the wife with whom he was staying. Muhammad, perhaps remembering his visit to Zeid and Zaynab’s hut, was concerned that there might be an attraction between some of his young, handsome, and virile male followers — who were obligated to follow his behavior — and his attractive, young wives. Thus, to prevent Muslim males from seeing and being attracted to Muhammad’s wives, the veiling verses were revealed. And, to prevent Muhammad’s wives from seeing and being attracted to the Muslim male visitors who came into their huts, additional verses were revealed that required Muhammad’s wives to be hidden behind curtains. To further ensure that Muhammad’s wives were faithful, the Islamic god issued another verse for the Koran that doubled the punishment for any of his wives who engaged in adultery (33:30), as if being stoned to death wasn’t punishment enough. Finally, after making certain that Muhammad’s sexual needs were satisfied, the Islamic god issued another verse for the Koran that forbid Muhammad’s wives from marrying after he died (33:53).

By the logical extension of the need for women to be veiled, other restrictions were soon placed on women’s freedom. And, for girls and women who questioned or rebelled against Islam’s misogynistic ideology, the Islamic god sanctioned beatings and honor murders.

Three quick comments on the veiling verses. First, although Muhammad’s wives had to sneak out at night to go to the bathroom, there are reports of Muhammad followers watching him go to the bathroom in public. Second, the veiling verses were most likely a response to Muhammad’s behavior after he saw his unveiled daughter-in-law. However, a daughter-in-law is not required to be veiled around her father-in-law. Thus, the incident responsible for the veiling verses is not covered by the verses! Third, Muslims believe that the Koran is the eternal, exact, final, perfect, timeless, and unchanged words of the Islamic god. The perfect Koran states that Muhammad did not have any sons. However, it is widely believed that Muhammad had two sons by his first wife and one son later in life by a Christian sex slave.