The START of the Deal 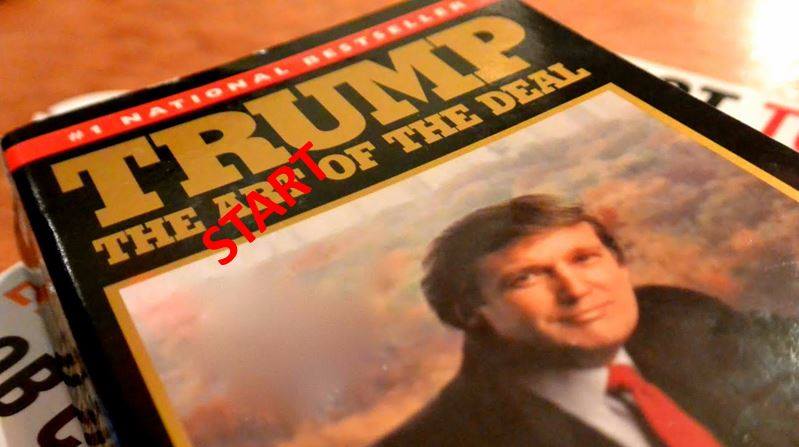 These people aren’t stupid. But they think you are. They have been through this process in the past, and they know it takes months of diplomacy and high-level meetings to get all those details worked out. They just hope you don’t understand that, because they want an excuse to trash talk the president.

What Trump did in Singapore is what you or I might do when we buy a car. I have often gone to a dealership, looked at what they had, and decided on what I wanted. That’s the fun part – picking out the vehicle. Then I would give a deposit to the dealer and go back to my office. I would send my business manager, who is paid to handle details that I don’t enjoy, to the dealer to take care of the title, transfer, warranty and so on.

Trump did the most important part of what he always said would be a long process; he got an agreement in principle. He started the deal. Sure, the NOKO’s have promised to de-nuke in the past, taken money from U.S. presidents, and then reneged. But those were different presidents. Remember, Trump wrote “The Art of the Deal” and has lived it all his life.

Past presidents removed their financial sanctions based on a promise from a Kim. Clinton even agreed to build them two nuclear reactors – which they promised would only be used for civilian purposes. Obama pretty much ignored the growing problem as NOKO built working nukes.

Trump is keeping the most aggressive sanctions in history in place until Kim complies. He’s not giving him billions of dollars as other presidents have done. Kim won’t get anything from the U.S. until he meets agreed-upon benchmarks in the denuclearization. Basically, Trump has told him he has to pay to play.