The Silence of The Damned 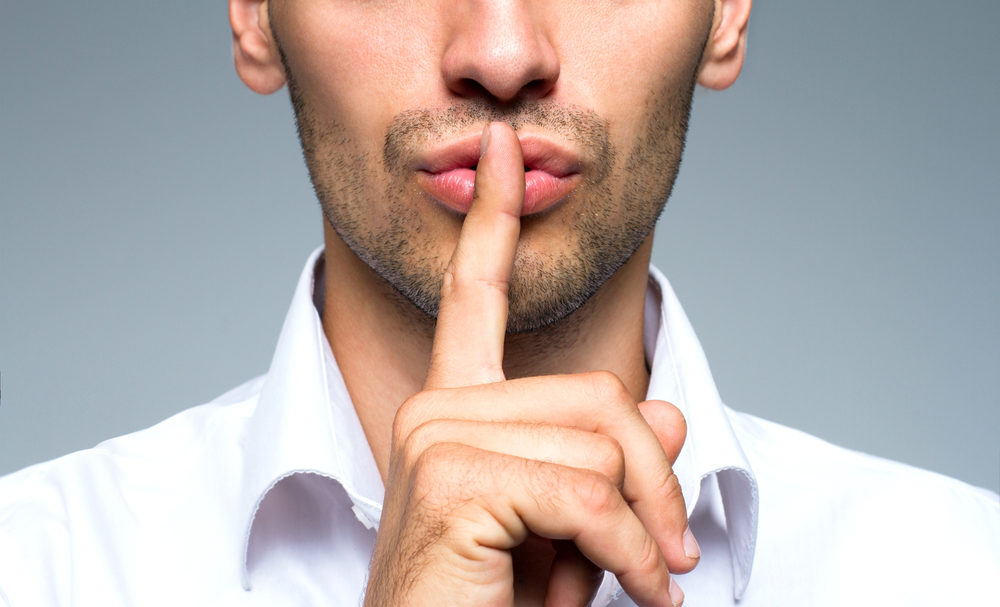 Silence is an action. It is an action that says, “OK” or “Not OK.” If the Demon Rats attack President Trump and we do nothing in response, this demonstrates a clear decision by us to encourage the insults of the Left who now want to kill babies AFTER they are born, and want a Socialist regime to take over the U.S.
This is what has happened in Venezuela. I was in that country when they were proper, so much so that one always dressed properly, suits and ties when going into the city and they were the wealthiest country in the world.  Now, look at them since the Communists took over. It is now one big San Francisco.
There is no middle ground for doing nothing. The Democrats have loud voices that never stop, making it appear that they outnumber us. They do not. They want us to THINK that they outnumber us.
They made a lot of noise as the last election drew near. However, Christians who had enough of these bullies, quietly got out in droves...over 63 million of them…to vote the progressives out and Donald Trump in. Yet, before that victory, they effectively give the illusion that there were more of them than us.
This was the tactic used in the old Soviet Union. Those who did not agree with Communism were convinced that they were a smaller contingent of activists surrounded by Communist thugs and obediently followed their commands.  We finally made research of that and, now let this sink in: Only 2% in that nation were Communists. Yet they bluffed millions of people into believing that they were the majority of the land.  They were not.
I remember seeing ‘newsreels’ of the Jewish concentration camps in Germany when I was a kid. Several hundred Jews were lined up marching toward the ovens where they would be killed.  Taking a closer look, there were only a handful of German soldiers, one here, another there…scattered along the lines of their victims. I asked my parents why the Jews, who greatly outnumbered the guards, didn’t attack them. Astonishingly, they were afraid they might get in trouble. How’s that again?
The Jews were already in trouble as they did the death march to the ovens. What did they have to lose? They were on their way to a horrible execution and we’re going to die anyway. So it made sense to die fighting for the chance to live.
This is where we are today. We should be making phone calls and writing letters to the editors of the newspapers every time they trash Trump. We should call into radio stations. Let the Dem-Communists hear from us every time they make a peep. That means we must become active in saving our country and our citizens.
The email below was sent to the California Attorney General who insulted President Trump on his State of The Union Address.  Richard Firth is a fighter for liberty and makes his position clear. He would be a good example to emulate. Here is his email which hopefully will be picked up by readers with a strong response.
Sent: Fri, Feb 8, 2019 11:15 am

Here is his contact link:
https://oag.ca.gov/contact/general-comment-question-or-complaint-form
I hope you will contact him.  I just couldn’t let him get away with it.
Dear Mr. Becerra:
I just heard of your moronic action regarding President Trump’s State of the Union speech in which you prerecorded your response in a public school even before President Trump gave his speech.  How idiotic can you be when you should know he pulls punches in his speech which he certainly did with a highly unsuspecting audience?
I don’t know how such a person like you with evidence of no brain knowledge ever got elected to such a high office in a state.  But being the state California is; it really shouldn’t surprise.  It has always been the norm in this country and just about all others that a person from another country who intends to stay or live in another country learns that new country’s language.
And you of all people encouraging illegal aliens to break our laws (aiding and abetting them) so they can stay here illegally is not only a criminal action but a felony offense as well.  That shows how much you know about our immigration laws.  And in my opinion did you not take an oath as is required I believe in all states not only to uphold and defend your state constitution but the Constitution of the United States as well from all enemies, both foreign and domestic?   And if so, in my opinion, is this not a violation of those constitutions? And certainly, that of the U. S. Constitution which is preemptive overall state constitutions  And these people are our enemies and certainly not our friends when they feel they can murder, rape and steal from us at will.
My hope for you and others of such ilk is when these illegals feel they would like to murder or rape someone WHICH THEY DO at a rate of 11 or more Americans every day that they will start with you and your family first and do so in the most brutal manner possible.  Remember you WANTED them here so suffer the consequences of your actions.  In fact, everything you do in this area is an antithesis to your job.
Sincerely,
Richard W. Firth
Some trust in chariots, some in horses and even some in guns but I trust in the Lord
****Readers it is now in your hands to show the Communists that there are more of us than of them. Once we show them that they might just back off.  Remember, Silence is an action than can affect an outcome. Silence is no longer an option. If we remain silent we WILL be the damned.