The Road Less Traveled, But Where Does It Lead 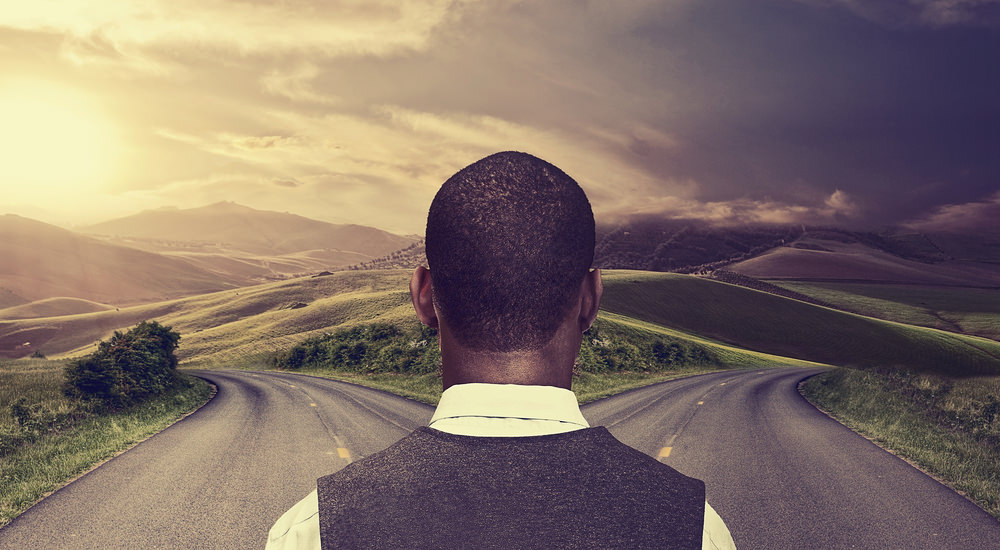 In the Robert Frost poem “The Road Not Taken”, the author describes how a traveler arrives at a fork in the road, “Two roads diverged in a yellow wood”, and must decide which path to take, “I took the one less traveled by”.

In the classic movie “The Wizard of Oz”, Dorothy, like the traveler in Frost’s storied poem, also arrives at a fork in the road. It is there she meets her first companion traveler the Scarecrow; they decide to take a particular road, randomly, and not for any reason other than it seemed the right one. Frost’s traveler had an easier decision as there were only two roads, but Dorothy and the scarecrow had to choose one of four, or did you not notice?

Both the Frost poem and Wizard of Oz, although fictional accounts have positive happy endings, but what happens when someone or some group decides to travel down a road that few have, only those who throughout history for reasons other than altruistic, sought power and social change through conquest and destruction. We can only guess what the consequences would be if in postmodern America such would be the case. But then perhaps we need not guess.

Someone once said “It is the events in life that shape us, the choices that define us”, and this I believe is determined at that moment in time when we arrive at a place that calls for our deciding the road we will take on our journey. Many factors can play a part in how we approach the fork in the road; hopefully, those of us, who must choose, do so with a positive and sensible outlook, in the end seeking happiness, contentment, and fulfillment.

Let us use what has been discussed thus far as a metaphor for some condition that exists today in postmodern America, where in fact an entity has taken the wrong road; I would suggest it is the Democratic Party. Now whether this was a calculated move by the party leadership, or perhaps due to some unplanned for an event that created circumstances requiring their immediate action, the decision was disastrous.  When they arrived at a fork in the road on that fateful day, they choose the path that can only lead them to a dark and desolate place where there may be no returning from.

In November of 2016 with the election of Donald Trump, the Democratic Party received a shock to its collective system; caught off guard the world they knew was turned upside down. They were forced to adjust their goal, future plans, and agenda. As they proceeded on, extremist and radical elements from the cultural left infiltrated the party to ensure it would stay true to its liberal sans progressive roots. As they traveled, these trouble makers were constantly diverting from the road causing havoc and disruptions in people’s lives, politics and the nation in general.

The party has lost all sense of civility, they’ve become irrational, their hubris and sanctimonious hypocrisy, callous disregard for innocent human life, has caused them to behave more like an angry reckless and uncontrollable mob marching along to what I believe will be their own self imposed road to perdition. They criticize, insult and blaspheme, and seek to deny through willful censorship those who they consider think differently, mainly conservatives, republicans; any American that embraces their Judeo-Christian heritage and traditional values.

Some say success is a journey and not a destination. Democrats continue on unabated with what many believe has turned into a reckless and contemptible rampage through this nation. Their outspoken support of the most radical and inhumane of positions on both social and political issues seems to have devolved to the extent of pathological. By their actions, they have confounded, but more have disturbed many Americans even members of their own party who are turning away, falling by the wayside or diverting from the road into a more hospitable domain.

And of “The road not taken”, Frost writes “I doubt if I shall ever come back”. In the case of the Democratic Party, I surmise they have wondered beyond the point of no return, and I doubt that they may ever find their way back.