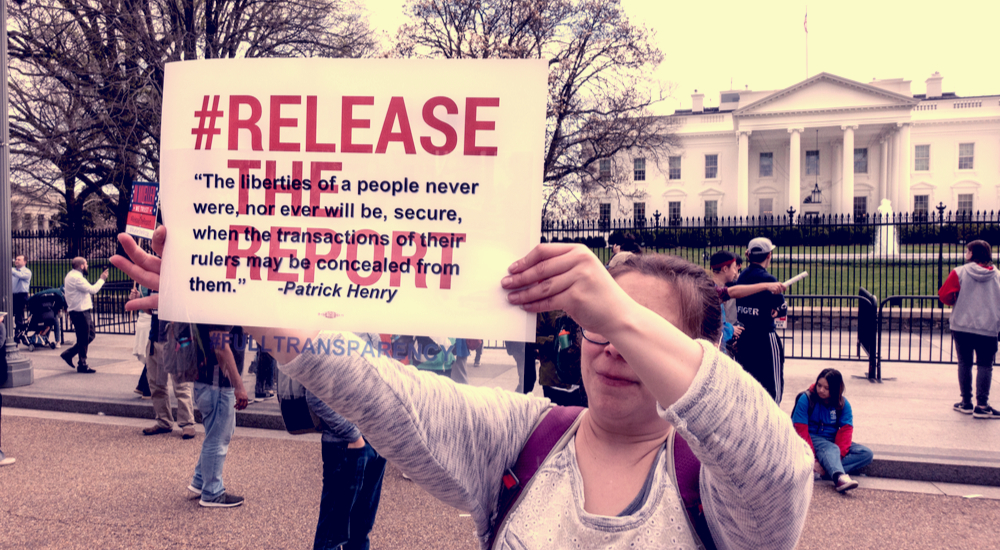 The Mueller report not only proved that President Trump was completely innocent of every charge levied against him by the lying Democrats and their friends in the media. It also proved that a cadre of Washington elites would do just about anything to undo the 2016 election.

Russia collusion was a fairy tale without real evidence. Obstruction is a stretch and one that has already become highly politicized by people who don’t like the president. And ultimately this was an attempt by the media and the Democrats and some people in senior reaches of government to try to undo the election. I think we’re clear now that that is where the evidence has taken us and people should accept that, including folks in the media today who were patting themselves on the back when they should be doing a whole lot of soul searching instead.

In fact, just read the report for yourself. A cursory look shows that the Mueller team was desperate to find any reason they could to nail President Trump and those in his inner circle.

It is impossible to read this report and come up with any other idea than that the people who worked on it were desperate to get Trump and that they failed.

It is evident in what they included, how they wrote up what they included, and also what they left out. Every little thing is hyped, literally who tweeted what that might have been related to a Russian when it comes to the Trump campaign. It is very melodramatic and it always ends with nothing. A lot of sound and fury signifying nothing.

But it also leaves out what we still need to know, which is how this Russia narrative ever got infected into our system of government. So we need to find that out so we can make sure that opposition research from a hostile political campaign isn’t used to undermine an administration like it was here.

Think back on how all of this started…

Hillary Clinton’s campaign hired FusionGPS to do opposition research on Donald J. Trump. FusionGPS hired ex-British spy Christopher Steele to write up his dossier. The Steele dossier included almost exclusively wrong information meant to make Trump look as bad and sleazy as possible. The Steele dossier was leaked to politicians, media outlets, and others – eventually making its way (via John McCain) to the FBI. The FBI begins spying on Trump based on the outlandish stories in the Steele dossier… stories so far out there and obviously false that even the media wouldn’t report on it!

But the DOJ and the FBI used it to try to destroy the Trump campaign and presidency.

The next investigation needs to focus on corruption in the DOJ.