The Press is Unhinged 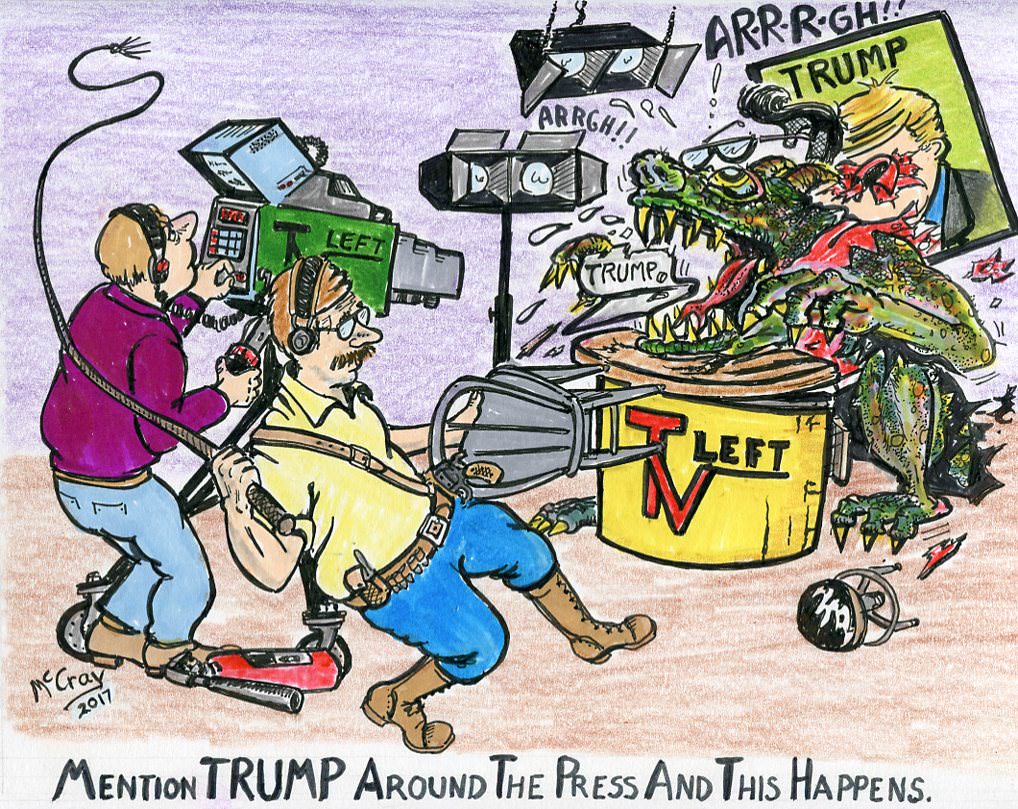 Dig down a little and you’ll find that many in the Press are not just left leaning, but are Left Wing Activist pushing Socialism.  The melt down and incendiary comments against President Trump reflects the pain they feel watching their effort to overthrow our two party system fall apart.  Those wanting a single party system are National Socialist whether they realize it or not, mirror the many of the goals of the old National Socialist German Workers Party (NAZI).  Those that push for a one world government are the International Socialist that mirror the Soviet Union of Russia.  In either case they are engaged in subversive activities to destroy the United States.