The Handler Brings The Drama 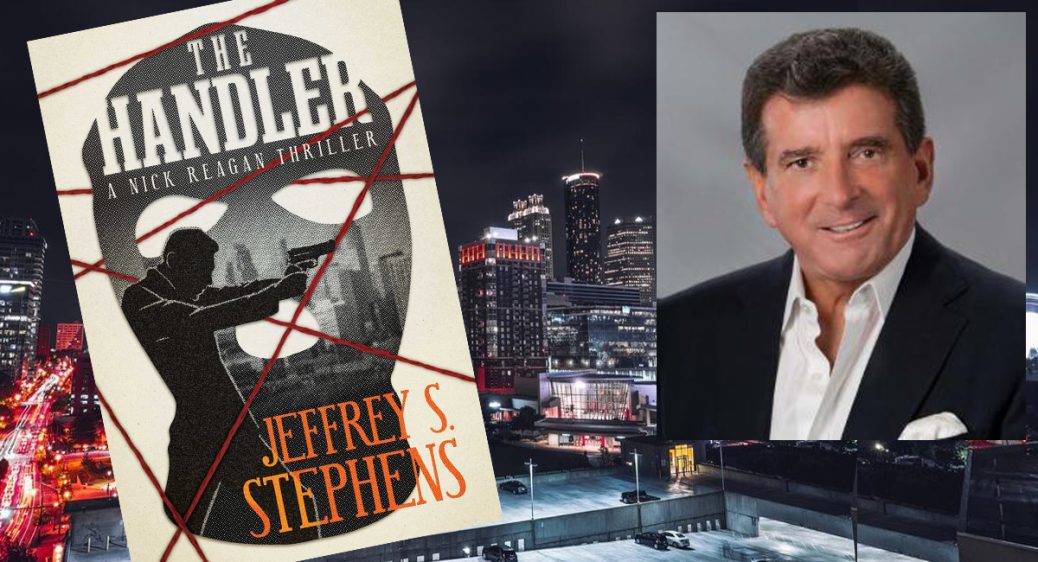 Jeffery S. Stephens, author of The Handler: A Nick Reagan Thriller is a master of intrigue and espionage. Stephen’s novel is so in sync with today’s war on terrorism that the author had to include a disclaimer that “most of the details are sheer fabrication.” Details of terrorist intrigue and attacks are the product of his imagination and “have nothing to do with reality.” But – reader beware. Compare the plot to what is happening in the daily news, and you might end up wondering if he is also a fortune teller. Or, a deeply sourced and informed master storyteller.

The prologue describes the recruitment and indoctrination of two disenchanted young Muslim men. Neither young man had a sense of belonging in their community and both were quickly and easily converted and became extremists for the call of jihad. Dearborn, Michigan, the largest Muslim community in the U.S., serves as the backdrop for part of the story.

In Shanghai, CIA clandestine operative Nick Reagan tries to learn the secrets of a manufacturing plant owned by Anatole Mindlovitch, a Russian. His investigation leads to frightening abductions, intrigue, and a secret invention called the Ghost Chip. The rapidly escalating plot revolves around him and his partner as they rescue three scientists and become aware of serious, sinister plots. This gripping international story with a double plot pits professional protagonists against cunning antagonistic religious zealots.

Back in the United States, a parallel plot revolves around the two young Muslim men and the “Handler,” who is directing their moves for his own agenda. His goal is to destroy infidels through terrorism. His means are reprehensible, involving the gruesome killing of his own recruits and multitudes of innocent bystanders. The Handler’s horrifying tactics involve planned chaos and terroristic plots that seem to follow no pattern. He shows no remorse as he carries out his heinous attacks.

Reagan and the government agencies’ mission is to fight the forces of darkness and thwart the terrorist organizations’ activities. This puts them on a collision course with the Handler and his shadowy terrorist network.

Scientists are abducted and threatened with death if they do not help perfect the tools the terrorists wield to instigate their purposeful mayhem. A famous mall and amusement center become prime targets, with lives and the very notion of freedom in the crosshairs.

The Handler is a heart-pounding ride with sweeping narratives and fascinating people and places. It’s got it all – spies, assassins, guns, and terrorist cells. An excellent blend of drama and suspense with plenty of twists and turns to keep the reader enthralled. If you liked Vince Flynn novels, you would love Stephens’s super cool CIA operative Nick Reagan. Will Reagan outrun and outthink his enemies, or will they succeed in achieving their jihadist goals?  You’ll have to read The Handler to find out.

James Lowe is a two-decade radio industry veteran and now host of his own nationally syndicated radio show based in Kansas and carried on the Iheartradio App.  Find out more at jiggyjaguar.com.