The Low-Level, Deep State Judge Who Signed Off On Trump Raid Was Jeffrey Epstein Operative 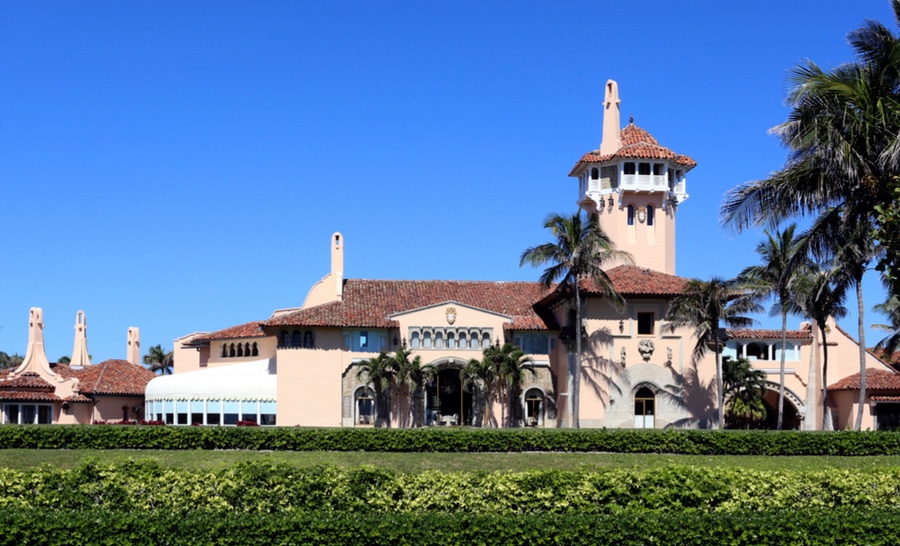 The low-level judge who signed off on the raid on Donald Trump’s Florida home pops all sorts of red flags showing that he is a corrupt actor who the corrupt FBI went to for a corrupt raid.

First of all, the Democrat’s Stasi Department of Injustice went to a federal magistrate judge. This dude is way down the list of judges. It is hard to understand why they went to such a low-level judge for this… until you see this guy’s background.

The worst red flag is the fact that Judge Bruce Reinhart was a Jeffrey Epstein operative. As a lawyer, just before he became a judge, he represented Epstein, his pilot and secretary.

According to the Miami Herald (link below), the judge who signed off on the Trump raid previously worked for Jeffrey Epstein and repped Epstein’s pilot and secretary.

The judge quit his job as a prosecutor investigating Epstein to go work for him. https://t.co/Og2zvsU7Dt pic.twitter.com/GB1TZnU6JN

Reinhart was elevated to magistrate judge in March 2018 after 10 years in private practice. That November, the Miami Herald reported that he had represented several of Epstein’s employees — including, by Reinhart’s own admission to the outlet, Epstein’s pilots; his scheduler, Sarah Kellen; and Nadia Marcinkova, who Epstein once reportedly described as his “Yugoslavian sex slave.”

Kellen and Marcinkova were among Epstein’s lieutenants who were granted immunity as part of a controversial 2007 deal with federal prosecutors that allowed the pervert to plead guilty to state charges rather than federal crimes. Epstein wound up serving just 13 months in county jail and was granted work release.

According to the Herald, which cited court documents, Reinhart resigned from the South Florida US Attorney’s Office effective on New Year’s Day 2008 and went to work for Epstein’s cohorts the following day.

But there are also a lot of other problems with this guy.

Judge Reinhart is also completely unaccountable in this situation.

As Ron Coleman noted, the DOJ and FBI skipped right past the Article III Judges who usually sign these raid warrants.

US Magistrate Judges are *not* Article III judges.

Not appointed by the POTUS.

Not confirmed by the Senate.

How does a USMJ not kick an application for a search warrant on a *former POTUS* upstairs to a real judge? 😒

Then there are the other unsurprising points.

This may shock you, but Reinhart is also a Barack Obama donor. The Post added:

Ten months after starting work for Epstein’s co-conspirators, according to Federal Election Commission records, Reinhart gave $1,000 directly to the Obama campaign and another $1,000 to its fundraising arm, the Obama Victory Fund. Though the records show the judge made mostly small-dollar donations to his law firm’s political action committee in subsequent years, Reinhart also donated $500 to Jeb Bush’s 2016 presidential campaign in November 2015.

This is a major, sold-out, left-wing operative. A corrupt, deep state operative.

Nothing less for an illegitimate, dangerous, attack on a former president.