The Drums are Beating Again 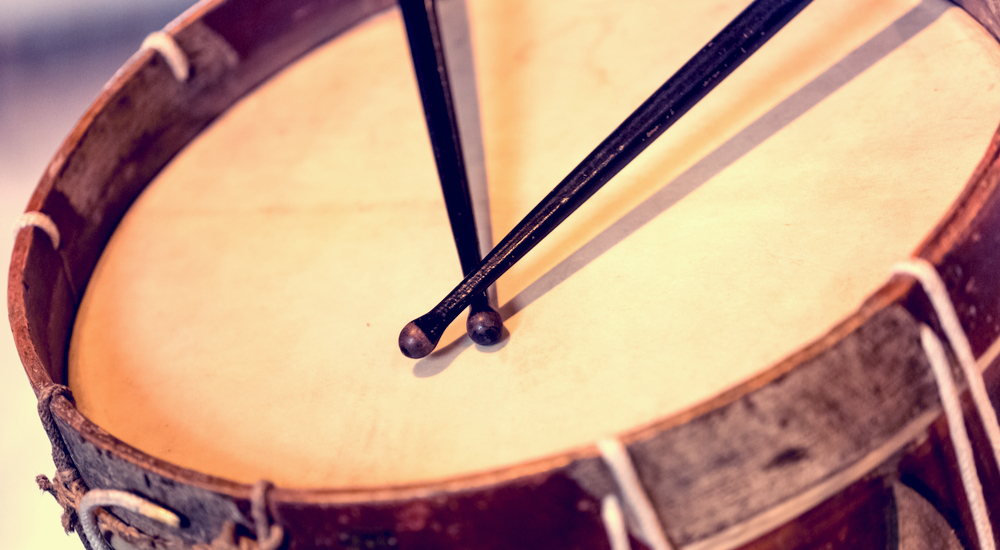 In 1952, the Italian essayist, George Santayana wrote, “Those who cannot remember the past are condemned to repeat it”. I don’t believe young people can understand this concept because they have no history. The older one gets Santanyana’s statement that makes more sense.

The drums are beating again. Our nation will unify as it has never been unified since 9/11. American flags will be seen everywhere and will be displayed by everyone. Our people are having a love affair with our nation because of the possible horrendous event that will probably occur with Iran.

Didn’t we just play this act through 18 years ago? Weren’t we warned about the concept of weapons of mass destruction and that terrorists attacked our nation in order to destroy our way of life? In fact, weren’t some of the actors associated with that act of revenge now associated with the fear of a new terrorist nation called Iran.

Back then the Taliban and Bin Laden were our enemies. It turns out they were not even associated with the government of Afghanistan. The Taliban are a cult of ignorant psychotics who captured Afghanistan in 1997 and have been holding the country in bondage ever since. Bin Laden was a political criminal with a master plan. When you think Taliban, think Nazis. When you think Bin Laden, think Hitler. At least this is what we were told.

Some say, if that’s the case, why don’t the Afghans rise up and overthrow the Taliban themselves? We are asking the same question today concerning Iran. The primary difference is that Iran is a modern industrialized nation. Afghanistan and Iraq were nations with no real economy.

We now once again come to the question of bombing Iran back to the Stone Age. We had the same concept 18 years ago. We are still suffering through a war that has no capacity to end. Do we really want to start another one?

So what else can be done, then? The only way we can eliminate the tyranny called Iran is to go in there with our power. I think when people speak of ‘having the belly to do what needs to be done’, many of them are thinking in terms of having the belly to kill as many as needed. They are thinking about overcoming moral qualms about killing innocent people. But it’s the belly to die, not kill, that’s actually on the table. Americans will die in a war to eliminate Iran. Not just because some Americans would die fighting their way through Iran. It’s much bigger than that. To get any troops to Iran, we’d have to go through the Persian Gulf. Would they let us? Not likely. The conquest of an entire region would have to be first. Will other Muslim nations just stand by? You see where I’m going. The invasion approach is a flirtation with a global war between Islam and the West.”

Could that be what we want? At this moment ‘Islam’ as a nation does not exist. There are Muslims and there are Muslim countries, but no such political entity as Islam. Terrorist organizations like ISS believes that if they can get a war started they can succeed in destroying the concept of western democracy. They really believe Islam could beat the west. It might seem ridiculous, but they figure if they can polarize the world into Islam and the West they would win. If the West wreaks a holocaust in Muslim lands, that’s a billion people with nothing left to lose.

They are probably wrong about winning. In the end, the west would probably overcome whatever that would mean in such a war; but the war would last for years and millions would die, not just theirs but ours. Who has the belly for that? Remember we have been fighting this same war for eighteen years.

I don’t have a solution. But I do believe that suffering and poverty are the soil in which terrorism grows. These wars have cost us dearly. In Iraq, the total deaths as of 2018 have been between 267,792 and 295,170 lives. In Afghanistan, there have been approximately 147,124 reported dead. In Pakistan, the death total is 64,942. The cost has been estimated to be approximately $5.6 trillion. Is this a policy we want to repeat?

Last weekend my wife and I joined some friends in Portland for dinner. We all wanted to get away to simply getaway. As we were waiting for our meals I noticed an elderly man dressed in white, pass by the front of the restaurant. He was wearing what appeared to be a white circular hat. I later found out that he was an Islamic priest. On the other side of the street, I also noticed a young man carrying a large American flag in order to promote our newfound patriotism. For a microsecond, they seemed to come together. I told my friend that I wished I had a camera but in reality, I didn’t need one because I will never forget what I had just witnessed.