Terrorist Paid $1 Million for Time Served at Gitmo by the Brits…and Re-Joins ISIS!! 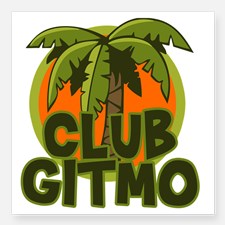 For years many of us right-wingers complained that former president Obama (that is nice to say – former) was soft on terrorism. We showed incredulity at the naïveté of the president for releasing prisoners from the Detention Facility at Guanta

“Does he not realize that a good many of these ‘detainees’ will just end up right back on the battlefield, looking to kill Americans,?” we said. And for some that did indeed occur.

Yet we do, or did, have something going for us – something we can hang our hat on. We can at least say we’re not Great Britain. As ill-advised as Obama’s Gitmo policy was, his judgment was still not as bad as England’s former Prime Minister, Tony Blair.

In 1994, British citizen, Ronald Fiddler, converted to Islam and changed his name to Jamal Udeen al-Harith, writes the Daily Mail.

In 2002, al-Harith was discovered in Afghanistan. After American forces captured him, “he denied being a terrorist and claimed to have been taken prisoner by the Taliban after visiting the Middle East as part of a ‘religious holiday.’” That’s where I always take my “religious holidays.”

The Americans didn’t buy his line of bull crap and shipped him off to another religious holiday at sunny Gitmo. Then the British government got involved.

Oh, we haven’t got to the good part yet. Ready for it?

Upon his return to England, he was released without charge, and the Blair government paid him £1million ($1.25 million by today’s exchange), for time served in Gitmo.

Yes – you read that right – $1.25 million for spending just two years in Gitmo. For all the times the left mocked George W. Bush for being just so stupid, he never paid a terrorist for being detained at Gitmo. Frankly, neither did Obama. He only paid over $1 billion in ransom to Iran.

There were claims that it was hush money, so that he remain quiet about the “abuse” he suffered at the hands of Brits and Americans. Maybe they made him wear girl’s undies.

Al-Harith then married and had five children. Nothing much more is known of him, that is until he left the U.K. in 2014 and moved to ISIS controlled Syrian territory. In 2015, his wife and children travelled to Syria to join up with him – she claims to try to talk him out of the terrorist lifestyle and come home. She says she could not convince him to leave.

Syrian-Turkish border – we definitely know what came of al-Harith.

On Tuesday a photo was released of al-Harith, who had changed his name to, or rather ISIS had given him the name Abu Zakariya al-Britani. He was photographed inside an SUV, with wires hanging down and red detonator button beside him.

He and another suicide bomber drove their vehicles to a military facility outside Tal Kisum, Iraq and detonated them. A statement released by the ISIS Tuesday said: “The martyrdom-seeking brother Abu Zakariya al-Britani – may Allah accept him – detonated his explosives-laden vehicle on a headquarters of the Rafidhi army and its militias in Tal Kisum village, southwest of Mosul.” Rest in pieces Jamal.

A million pounds for that. Money well spent by Tony Blair and the British taxpayer. Congrats!