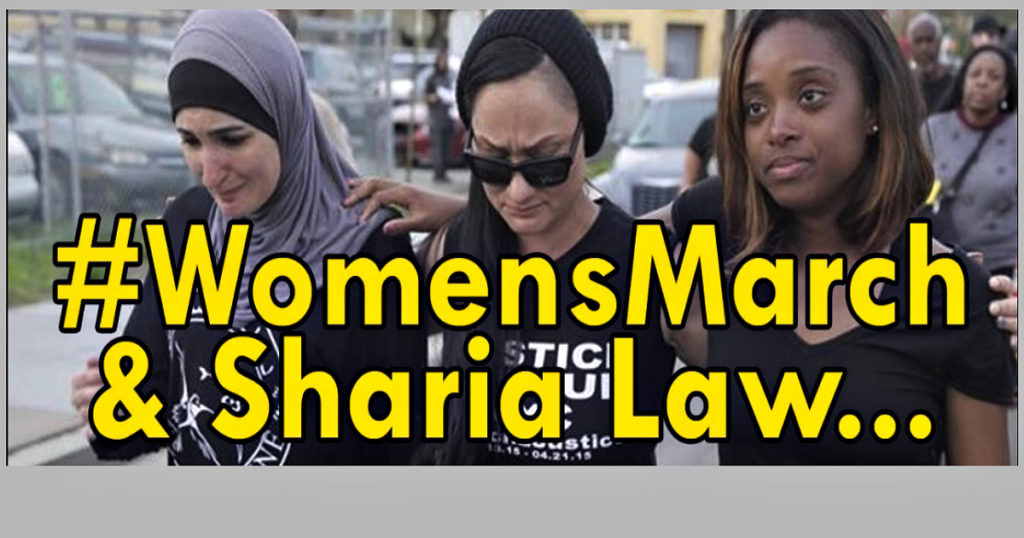 It’s presented as a fashion magazine that appeals to more than a million girls, so we expect age-appropriate style and panache; new trends in accessories, makeup and hairstyles; advice about manners and dating, and some information on colleges.  But this publication has strayed considerably from what a caring parent would want one’s teen to read.

Teen Vogue is an appalling anti-American propaganda rag, complete with disrespectful, insulting articles about the President of the United States, as well as one that puts the onus of failing peace talks on Israel’s Prime Minister Benjamin Netanyahu.  It serves as a Muslim Brotherhood façade in the way that it presents a heavily biased account of the Palestinian Arab war against the Jewish State of Israel, America’s staunchest ally and the only country in the Middle East that shares our values.  Teen Vogue Emma Sarran Webster’s un-researched revised history, taken from selected leftist news sources, is an insult to their readers’ intelligence and a betrayal of democracy. It is such writing that helps twist the minds of our youth, inciting them to participate in the charade marches that support un-American issues, such as the one led by anti-Semitic, faux-feminist Linda Sarsour, who is against police, mosque surveillance, and American ideals.

According to National Public Radio, Israelis and “Palestinians” have been fighting over the same land for nearly a century, but Jews have been the indigenous people for forty centuries.  Christianity emerged approximately 30 CE; Mohammed began Islam in 624 CE, waging wars of conquest ever since; and the Palestinians materialized out of whole cloth in 1967 CE.

During Roman times, Ancient Israel consisted of Judea, Samaria and Galilee. In an effort to obliterate the name of Israel and the Jewish connection to the land, the Romans renamed it “Palaestina,” an insult because it referenced the Philistines, an enemy of the Jews.  These were a Cretan people that vanished by 1060 BCE, with no connection to today’s Arabs/Palestinians.

Thus, since the day it was coined, “Palestine” referred to the Jews.  The Palestinian Symphony Orchestra, the Palestinian Post, and the Palestine Brigade Regiment of volunteers in the British World War II army were all Jewish. Archaeological excavations throughout Israel repeatedly yield coins, candelabra, earthenware, Hebrew writings and other relics that confirm Ancient Hebrew life.  And despite the constant Arab digging and destruction under the Al Aqsa Mosque that Muslims built over the Jewish Temple, no vestiges of an Arabic or Islamic government, culture, language, monetary system, earthenware or costumes have surfaced.

Jews have been a constant presence in Israel and a majority population in Jerusalem since 1820, welcoming Arabs who sought work in rebuilding the new State of Israel.  They came from Egypt (Arafat’s origin), Jordan, Iraq, Syria, and Lebanon, and stayed, and were caught up in the several wars begun by neighboring Arabs.  Those who stayed became today’s two million Muslim population; those who fled as directed by the attacking Arab armies became a bargaining pawn, and purloined the name Palestinians to provide a narrative and fictitious link to the land.  But in 1919, Arabs who lived in the land declared themselves part of Arab Syria.  Ahmed Shuqeiri, chairman of the PLO, told the United Nations Security Council, “It is common knowledge that Palestine is nothing but southern Syria.”

The land, the democratic State of Israel, has always belonged to the Hebrews and remains a legal sovereign nation. Adhering only to the land specifically granted by God, they have not attempted to expand and colonize. Settlements, a disparaging misnomer for neighborhoods, are legal under the Balfour Declaration, San Remo Treaty, League of Nations’ Palestine Mandate (article 6), and the UN Security Council Resolution 242, as are parcels of land won in defensive wars.  Israel’s population includes Jews (74.8%), Muslim (17.6%), Christian (2%), Druze (1.6%) and others (4%).  There is legal documentation to substantiate Israel and her borders, as well as areas that are contested but not illegal.

In a letter to the Zionists, in 1917, Emir Faisal wrote, “We Arabs, especially the educated among us, look with the deepest sympathy on the Zionist movement” and “we will do our best, in so far as we are concerned, to help them through: we will wish the Jews a most hearty welcome home.” He added, “there exists room in Syria for us both and that neither can be a success without the other.”  It was the Mufti of Jerusalem, Haj Amin al-Husseini, an Islamist agitator and eventual Nazi collaborator, who demanded restrictions on Jewish immigration.  He did not demand independence for Palestine, but reunification of Syria, and was the first of many to refuse to negotiate directly or enter any agreement with the Jewish people.  Although today’s supporters of Palestinian statehood argue that the Palestinians have the right to self-determination, no such rights exist.

In stark contrast to Israel, the concept of land acquisition has been foremost for Islam through 1400 years, whether through outright war and extraordinary carnage or by way of deception and preying on the minds of the uninformed. Islam also relies on the acceptance and kindness of western humanity – schools, businesses, and naïve clergy’s penchant for tolerance and peace.  Islamists have arrived by the hundreds of thousands with their Qur’anic imperatives to infiltrate but not to assimilate.  They have false, libelous narratives for the guileless, disloyal, and obedient media to unfurl.  Whether defined as an Israel issue or, more accurately, a Western issue, it is one that Teen Vogue champions.

Again, the complaint for Jewish “settlements” and housing is strictly territorial; Arabs have repeatedly refused to negotiate peace for a Palestinian state.  When Bedouins illegally build on state-owned land, without permission or building permits, general planning or infrastructure, conducting illegal businesses, the world and media are silent.  When Gazans teach their young to glorify violence and prepare for suicide among Jews, such magazines voice no objection.  When Mahmoud Abbas names town squares after martyred jihadis who kill Jews, or awards new homes to families of the murderers, there are no protests.  Teen Vogue mirrors the Islamic agenda.

Webster’s magazine article skirted Resolution 242, which calls for “withdrawal of Israeli armed forces from territories occupied in the recent conflict,” but not “all” the territories of 1967, and Israel had already withdrawn from 91% when it ceded the Sinai.  Israel has no obligation to withdrawing from the Golan Heights in the absence of a peace accord with Syria, or return land won from Lebanon that attacked after 1967. Saudi Arabia, Iraq and Libya have no territorial disputes with Israel, yet condition their relations on the pre-1967 armistice lines.  Palestinians are not mentioned in Resolution 242, and are not granted political rights or territory.

Webster referred to a “refugee” problem, but addressed only that of the displaced Arabs, not the persecution of 850,000 Jewish refugees who fled or were expelled from the Arab and Muslim lands where they had lived for thousands of years and resolution for property and compensation similar to what Arabs received.  Webster evidently prefers a Palestinian state without Jews, while Israel is home to citizens of all faiths, including two million Muslims.

Teen Vogue’s purpose reinforces a sense of resentment already embedded in the minds of the young, unsophisticated readers. Previously primed by Common Core curriculum’s lessons made intentionally difficult, frustrating, and beyond their level of maturity, students are taught to feel, not to reason, and to react with dissatisfaction and anger.  By early high school years, they have been immersed in Islamic prayers and studies, taught that Israel and America are inferior, and prepared to become the next generation of marching, rioting sympathizers.  Discreditably, in addition to subsidizing hate, encouraging anti-Semitism, and helping to create a culture of street warriors, the magazine deceives the girls about how they would fare in the Islamic world.

Where is the magazine’s concern for teens across the Muslim and European worlds who are being raped and beaten by Allah’s warriors? Where is the concern for the girls who are doomed to live in a harsh culture, where they will endure painful disabling FGM, be shamed into living in shrouds, be forced into brutal marriages, made to bear children who will be converted into human bombs?  Where is the concern that the invasion of unvetted foreign entities, from cultures so different from ours, who prey on our girls, their readers!  If Teen Vogue delves into the political, why not expose the truth about the harshest culture on the planet?

Conde Nast’s introduction, signed by Dame Anna Wintour, publisher and chief, reads, “The foundation of Vogue’s leadership and authority is the brand’s unique role as a cultural barometer for a global audience. Vogue places fashion in the context of culture and the world we live in – how we dress, live and socialize; what we eat, listen to and watch; who leads and inspires us. Vogue immerses itself in fashion, always leading readers to what will happen next. Thought-provoking, relevant and always influential, Vogue defines the culture of fashion.”

Perhaps the clue to understanding Teen Vogue is the phrase, “global audience.”  The staff looks to the globe for inspiration, not to America, our ethics and values.  Hence, we see disrespect for America inherent in the articles, instilling in the teens a world view and the coming of an age of submission, and their acceptance of Sharia law over American law.  Will the recent return of fashionable scarves now be transformed into hijabs on their models, and are our teens expected to return to the basic black dress of the 1950s – now floor length and complete with face covering?

It would be in their daughter’s and America’s best interest if the parents thoroughly reviewed Teen Vogue before considering the next subscription renewal.