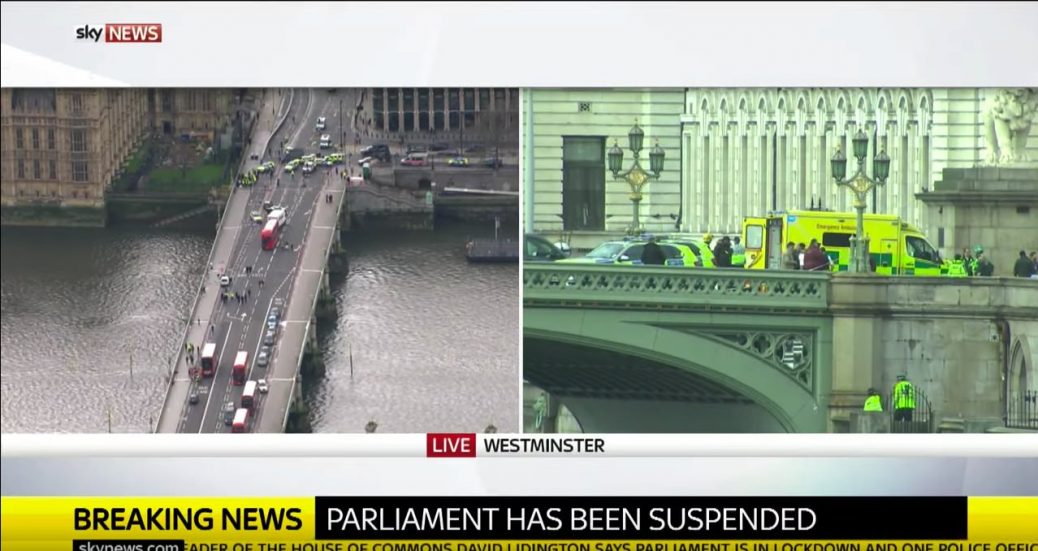 In a scene right out of London Falling, as madmen attacked just out side of the Parliament building in London, England today.

It seems that there may have been a coordinated effort to commit a terrorist attack in London, as two major incidents have already unfolded and authorities are telling Londoners to stay away from certain high profile areas of the city.

What we know so far

Local police have confirmed that they are handling the situation as a terrorist attack.

Police are asking people to avoid the following areas: Parliament Square; Whitehall; Westminster Bridge; Lambeth Bridge; Victoria Street up to the junction with Broadway and the Victoria Embankment up to Embankment Underground station.

In a statement police said:

This is to allow the emergency services to deal with the ongoing incident.

Officers – including firearms officers – remain on the scene and we are treating this as a terrorist incident until we know otherwise.

We thank the public for their assistance.

"Someone rushed through, attacked a policeman… he appeared to be carrying a knife. We heard lots of gunfire" witness tells Sky News pic.twitter.com/3tMbYIoByH

This is the moment Parliament was suspended as "sounds similar to gunfire" were heard outside pic.twitter.com/to6PPxkNqL

"He was very swiftly shot by armed police": A witness to the firearms incident near #Parliament #London pic.twitter.com/tyKFqAKCeB

Now no question: there have been multiple injuries — people mowed down — on Westminster Bridge. Policeman stabbed.

Man with knife was "inside Palace of Westminster" grounds, according to an eyewitness #Westminster #London pic.twitter.com/c1OcIwdsKj