Taking a Knee on the American Flag 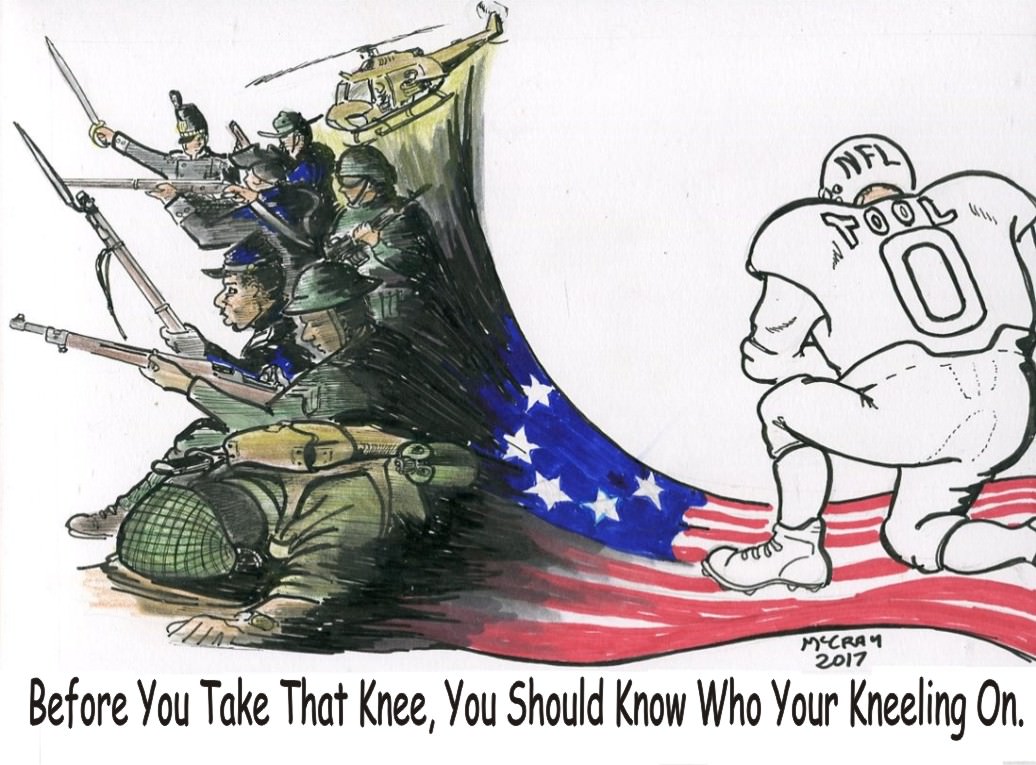 I have been at too many funerals of those who have served and were recognized with a coffin draped with the American Flag  This so called protest during the National Anthem is an insult to all who have served, especially those who died in the service of the United States.  Those who died for that Flag have preserved your right to protest, don’t insult them by sneering at the symbols that represent them.