Take this Job and Shove It! 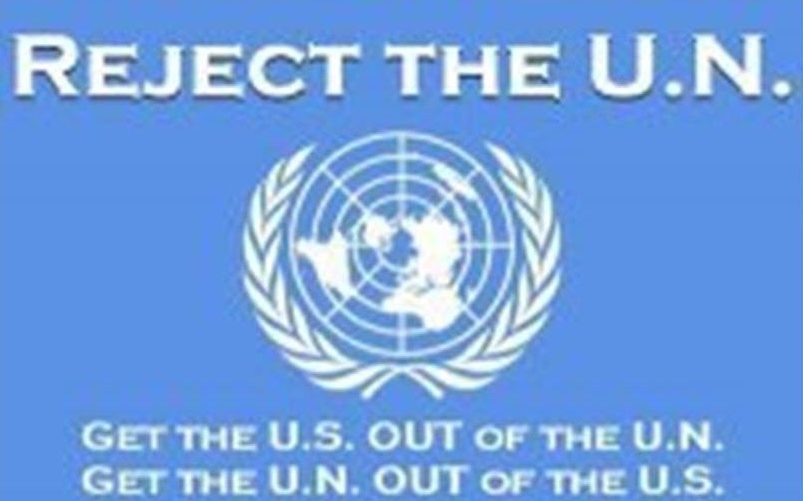 FYI: I am no fan of the United Nations;

A one time great and necessary world body,  has became a bash America and Israel venture. Every year this gathering of world freaks and creatures takes one back to the TV show Babylon 5. A consortium of 3rd world dictators and despots that collect in  New York City, looking like a bad science project gone wrong. And the past 4 decades this scandal ridden , mismanaged body has become a teaching tool for young skulls full of mush as to the results of inbreeding, and unfortunate happenings of not having been blessed to be born in America or Israel.

That being said the U.N. has become a tool of the progressives of the right and left to redistribute Americas borrowed money and destroy or bring down to size the greatest nation on earth. Each year Israel is forced to  set through indignant ramblings of these fools that are not worthy to pick up the poop from the pets we own nor lick the dust off of the Prime Minister of Israel’s shoes, yet vote after vote all these arrogant gosh creatures subject the United States and Israel to endure the rigors and stench of these clearly 2nd century Neanderthals.     Like many ole tired play books this one is way past time in need of updating and scraping major parts of this alliance so called.

First the United States and Israel should pull out and create their own alliance; next evict the U.N. from the United States and let them relocate in Pakistan, and let China and Russia  be the heads. Other nations could be given the option to join the U.S./Israel alliance , buying in would require the up front dedication of 2% of the joining nations budget, due in full each year on January 01, based on the previous year budget, and secondly the complete support and defense of Israel in any conflict.

Also another area that needs to come into the 21st century is our Strategic placement of military assets around the world; the World War 1 &2 placement is not in Americas best interest. Our Military Resources in France, Germany, United Kingdom, Panama, Haiti, Honduras, just to name a few need to be recalled and all our bases closed or turned over to the residing country. We should open a Embassy in Jerusalem, and green light military operations on Iran, North Korea, Libya,  & Syria, to Israel, with 100% support of American Resources and power, and rebuild our human intelligence apparatus, restart the Nasa, and Star Wars Program forth with.

Time for Trump Train to pummel through the United Nations and the world!! MAKE AMERICA GREAT AGAIN!