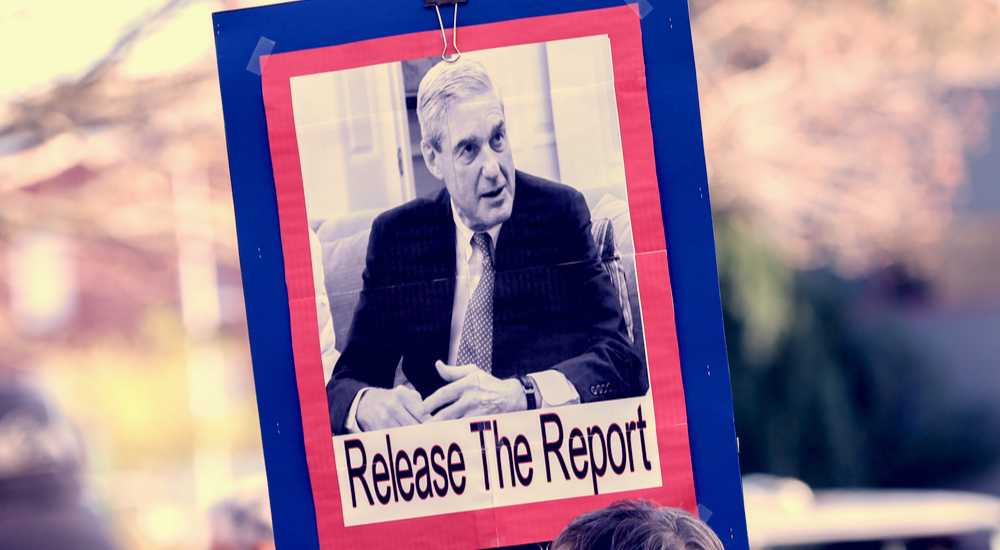 Now that the Mueller report on the “Russian Collusion” narrative has finally been released, it’s important that we understand just how stupid this entire process has really been.

There was never any grounds to seriously believe that the Trump campaign had colluded. NEVER.

The Russians did try to meddle in our elections, but they used the same kinds of means that they’ve been using for decades.

The reality is that no Americans betrayed our nation, and that’s a good thing.

However, the other reality is that the Democrats have been LYING to us all for the last two years!

Here’s what the Republican National Committee had to say about the Mueller Report:

“This is a complete and total vindication of President Trump,” said Chairwoman McDaniel. “It is increasingly clear that the only scandal here is the Obama administration’s repeated failure to act against Russian cyber meddling. Instead, they prioritized spying on a political opponent – the Trump campaign – and used a phony DNC-funded dossier as justification.

“It is now time to get to the bottom of how an investigation based off of fake and partisan information began in the first place. After two years and over $35 million, American taxpayers deserve answers and the integrity of our democratic process depends on ensuring this never happens again.”

So what are the facts?

Check out the GOP’s post-mortem of the report:

While Russia Was Interfering In The 2016 Election, The Obama Administration Was Asleep At The Switch And Focused Instead On Baselessly Spying On The Trump Campaign

IN 2016, OBAMA ADMINISTRATION INVESTIGATORS SEIZED ON THE UNVERIFIABLE, UNCORROBORATED STEELE DOSSIER TO LAUNCH AN INVESTIGATION INTO THE TRUMP CAMPAIGN

In October 2016, the Federal Bureau of Investigation under the Obama Administration applied for a FISA warrant to spy on Trump Campaign aid Carter Page based off of theunverified Steele dossier .

Following publication of the Steele Dossier, numerous investigations, including the Special Counsel’s investigation, were launched.

It was revealed in 2017, that the Steele dossier was not only unverifiable and uncorroborated but also funded by the Democratic National Committee .

IN THE WAKE OF THE MUELLER REPORT, ITS CLEAR OBAMA-ERA INVESTIGATORS ABUSED THEIR POSITION TO BASELESSLY SPY ON THE TRUMP CAMPAIGN

The Mueller report found no evidence of collusion between the Trump Campaign and Russia and the Department of Justice found President Trump innocent of any charges of obstruction of justice .

The House Permanent Select Committee on Intelligence revealed there were fundamental flaws with the original FISA warrant to spy on the Trump campaign.

The HPSCI reported that FBI officials failed to disclose to the FISA court the origins of the Steele dossier, and the fears concerning its bias.

It’s now clear both Christopher Steele and members of the FBI who were involved in investigating the Trump Campaign held deep biases against then Candidate Trump.

The Attorney General’s office has now said it is preparing to review the abuses that led to spying on the Trump Campaign.

WHILE SPYING ON THE TRUMP CAMPAIGN, THE OBAMA ADMINISTRATION FAILED TO ISSUE ANY MEANINGFUL RESPONSE TO RUSSIA’S INTERFERENCE IN THE 2016 ELECTION

In February 2014, an intelligence source informed the Obama Administration that Russia was planning a wide-ranging campaign to attack Western institutions.

Despite two-years of advance knowledge, the Obama Administration issued just a public warning to Russian President Vladimir Putin and only “symbolic” sanctions for Russia’s cyber meddling .

IN ADVANCE OF THE 2016 ELECTION, INVESTIGATORS SEIZED ON AN UNCREDITED, UNVERIFIABLE DOSSIER IN ORDER TO SPY ON THE TRUMP CAMPAIGN

In October 2016, The Federal Bureau Of Investigation Under The Obama Administration Applied For A FISA Warrant To Surveil Trump Campaign Aid Carter Page…