Shame on Those Who Walked Out on Pence’s Commencement Speech 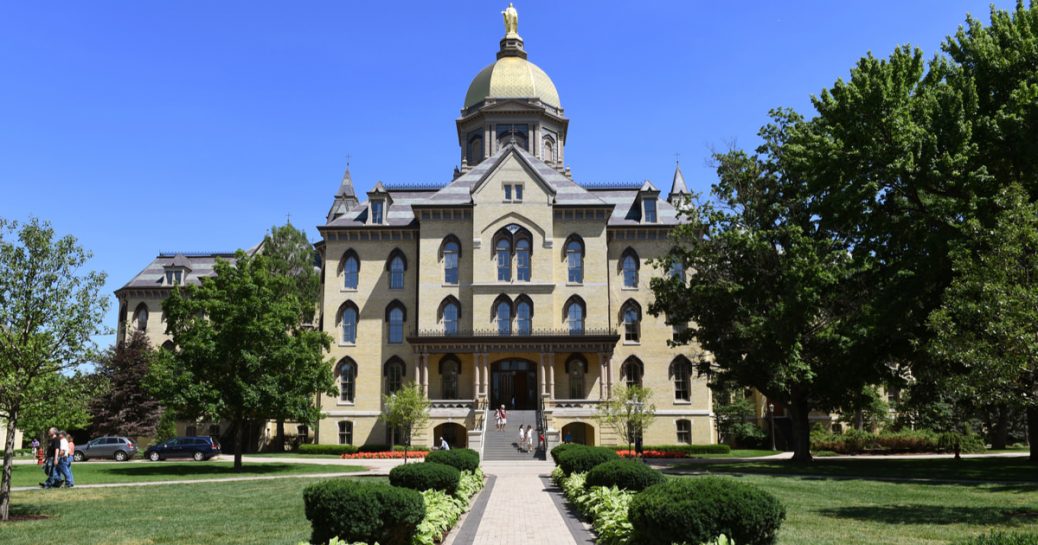 Today, Vice President Mike Pence gave the commencement address to the graduating class of the University of Notre Dame. Pence, a devout Christian, seemed like a great fit to give the address to Notre Dame, possibly the most famous Catholic university in the country. Furthermore, the university is located in South Bend, Indiana, the state in which Pence was governor just a few months ago. Nevertheless, dozens of students stood up and walked out before Pence could begin his speech, only because they disagree with his politics.

This wasn’t a spontaneous walkout. In fact, the IndyStar reported on May 18th that there was a planned silent walkout during Pence’s speech.

However, the Vice President didn’t let this silent criticism sway him in any way. He was completely unfazed, and proceeded to give an exemplary speech to the other 2,100 graduates, focusing on faith, family values and religious liberty.

Pence also stated that Notre Dame is exceptional for standing, without apology, for human freedom and the inherent dignity of every person.

But perhaps the most ironic part of the Vice President’s speech was that, “far too many campuses across America have become characterized by speech codes, safe zones, tone policing, administration-sanctioned political correctness, all of which amounts to nothing less than the suppression of free speech.”

The reason behind the irony is that by this planned walkout, these Leftists only proved Pence’s point.

While Leftist intolerance at colleges is nothing new, it is newsworthy whenever a situation such as this one occurs. This event at Notre Dame demonstrates, once again, how intolerant liberals are, all while the Left preaches about diversity. But diversity only applies when it doesn’t imply diversity of thought.

When Leftism infiltrates young minds of college students, it is especially horrific. A college education is meant to turn children into mature adults, capable of thinking on their own, entering the world and contributing to society. However, that notion has been turned on its head. The Left has altered the university into a place where students almost regress into immature children, expecting the world to conform to their beliefs. If this emotional and social crippling continues, society as a whole will suffer incalculable damage, and the Left will have no one to blame but its own toxic movement.