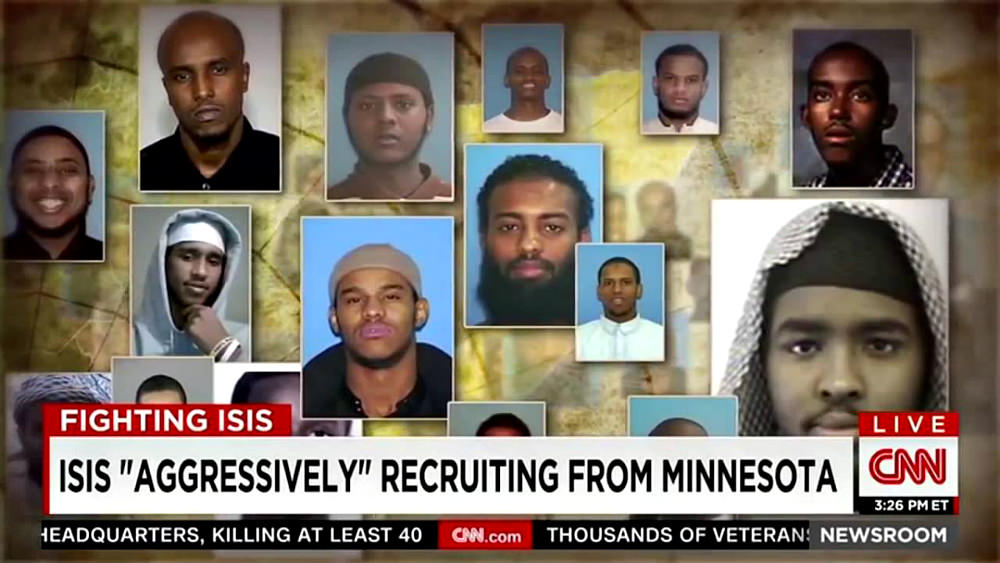 “We are pledged to the tightest security,” confided the security guard. He stood before a bank in a busy commercial area, recently assigned to stand at the bank entrance, due to “many instances the media will never reveal.”

Vigileaks casually talked about the intensifying presence of Somalis in the area. Suddenly, at one point, the look in the guard’s eyes changed to one of utter seriousness.

“I… I shouldn’t tell you this,” he hesitated. “But I have to get it off my chest. It affects me personally and not just professionally.”

Vigileaks waited and said nothing, as the Garda employee searched for words.

“Two of my best and closest friends were recently murdered in Fort MacMurray, Alberta.” He didn’t say whether they were Garda people.

“They were both stabbed by knives and died. Both were bloody murders! It was a Somali muslim who did it. But that’s only part of the story.”

He hesitated for a moment, regaining his composure.

“I conducted my own private investigation. It was shocking what I discovered! Legal and illegal Somali muslims are recruited by the Bloods and Crips in the US! And now that there is pressure for Somali muslims to leave the U.S. more and more are flooding into Canada!”

“So you see the murders of your closest friend due to Somali muslims working for the Bloods and Crips?”

“Exactly! Years ago, Fort MacMurray had more gun presence from drug dealers. But Somali muslims are actually under orders from the Bloods and Crips, to use only knives.”

A smart move on the part of the notorious gangs, drawing attention away from themselves and putting it solidly on muslim knifings. The Nation of Islam joined forces with the Bloods and Crips and have no aversion to using knives!

If this is not stopped, soon the entire world will look like downtown Jerusalem.
What is to be learned from these rare revelations of a Garda security guard?

* Your neighborhood bank could be robbed 20 times, ATM customers threatened and robbed, and not one sentence will be reported to main stream media. GARDA guards also will not release vital info the public has a right to know. In all likelihood, most if not all the incidents at this bank were due to immigrants. The globalists don’t want to broadcast it…

* GARDA guards not only banks but shopping malls. Like main stream media. GARDA guards will not release vital shopping-mall reports to the public (with the rare exception of a token report).

* The dangerous demographic levels of Somalis in North America can be traced to the Chamber of Commerce. What a tragedy to see this iconic American organization unrestrainedly bringing Somali muslims into the “work force.” (Not merely in the bloody packing plants, where they are desensitized to blood eight hours a day as they handle knives) but the “work force” of the Bloods and Crips joined with the Nation of Islam to knife white Americans and Canadians!

* Should gun control become a forced reality, through UN troop meddling and intimidating, the offensive instracture of Somali muslims with knives remains solidly intact and untouched.

* Years ago, the Bloods and Cribs in L.A. were freely distributed guns, on the condition they would be shock troops for the New World Order. Now here is one more proof of Somali and Nation of Islam military-age muslims uniting in this shock troop agenda!

* President Trump must know and act on the fact that dangerous illegals are racing northward in droves, united with Bloods and Cruips and Nation of Islam, to one day return to America. This must be stopped and all must be deported directly to their African or Middle Eastern countries.

* President Trump needs to Drain the Swamp of globalist “security guard” agencies like GARDA, who not only hire unassimilated new immigrants and illegals, but in secrecy spread its fledgling tyranny as part of pre-positioned globalist police-state infrastructure. Only independent local security guards, well trained, should be accepted who have no globalist allegiances.