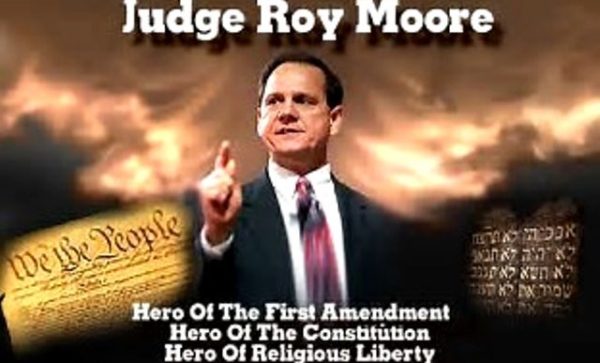 No greater lightning rod could the Republican Party put up for the US Senate replacement for Senator Sessions, now FBI Director, than Roy Moore.  He has been boorish, righteous and obnoxious for decades.  When in his 30’s Moore had a taste for young women; very young women, girls of 14 if we are to believe one of the Washington Post sources.

We have to give the Washington Post credit for having 30 sources, but reserve the right to question said sources as they may be not be first generation witnesses to what they claim to know.

To date, Judge Moore has only been accused, but leading Democrats want him to be treated as if he were confessed, or convicted by a jury of 12 peers, of child molestation!  It is stunning elected people, who are mostly lawyers, would make such suggestions, or imperatives without sworn evidence and trial.  Where were they in the days when 11 adult ladies accused Bill Clinton of groping to rape?  To date:  The Clintons are above the law!  It is just that simple.

We find this especially interesting when rumored Presidential candidate Virginia Governor Terry McCauliffe magnanimously  removed the voting prohibition from the 200,000 convicted felons residing in Virginia just in time to give the Democrats a victory in the suburban counties of the state.

Delusional Democrats think the Millennium has arrived not realizing that Ed Gillespie won 84% of the counties.  That translates into a 2020 victory for Donald J. Trump as it would have for Gillespie if Virginia had an electoral college for counties as America does states!  Let it be here known no national journalist has reported this fact as it would puncture the inflated pride of the Democrat’s victory!  It was not.

Meanwhile back at the issue and on the Sean Hannity show, host Sean interviews Judge Moore asking him the same question three ways.  Unfortunately, Judge Moore gave three different answers  raising more smoke from the smouldering embers of his once super-Christian Bible-thumping-reformer image.  Let us assume some guilt is valid.

Said incident happened many years ago.  If the rank-and-file Democrats were as forgiving as Governor McCauliffe in Virginia this issue would have vanished, but we cannot expect consistency from  Democrats.  They know not the concept and sadly we believe they are not capable of objectivity.  They never have been and they never will be.

While we would like to see Judge Moore win and give the Democrats a thrashing his presence in the Senate would give them a target like no other.  Already frothing at the mouth they would almost certainly join with ANTIFA and come to the Senate chamber with sticks if not baseball bats looking for Roy Moore.

Their bludgeoning him to death would surely be the end of the Democratic Party which has long been neither “democratic” or a “party.”  Given Mrs. Clinton’s email and Uranium One crimes that will surely be prosecuted,  If they are not they may go down in history as “the last straw.”