Shouldn’t We Want to ‘Get Along’ with Russia? 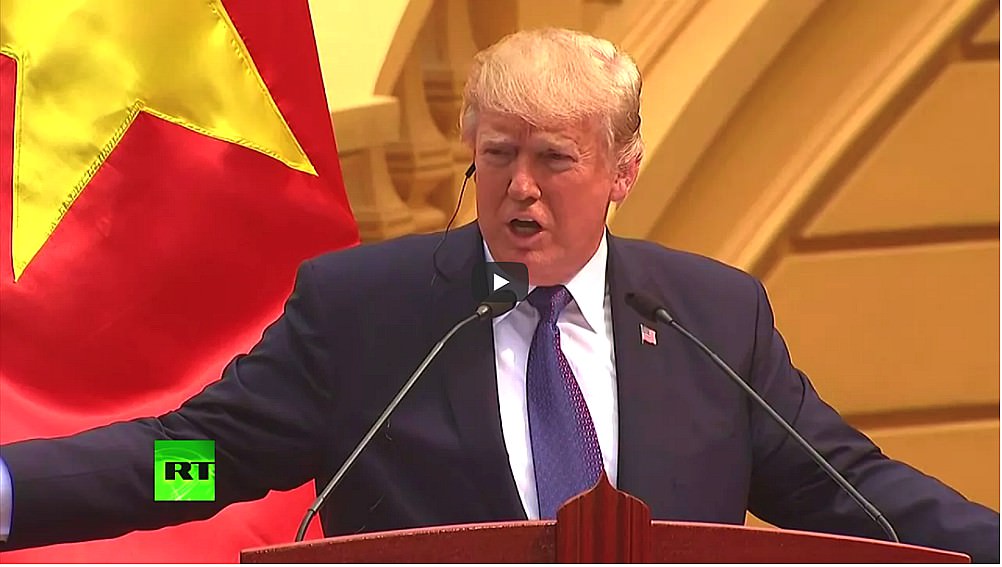 On Sunday, President Trump asked an important question and delivered a powerful argument in response to that question.

As always, the President delivered insightful commentary in a way that makes him (and his position) relatable to the common man.

Of course, we should all want a good relationship with the Russians… even if the media would prefer that we go to war.

“Hillary Clinton had the reset button. She wanted to get back together with Russia. She even spelled reset wrong, that is how it started, and then it got worse. President Obama also wanted to get back together with Russia. But the chemistry wasn’t there. Getting along with other nations is a good thing, not a bad thing. What I believe is that we have to get to work, and I think everyone understood this, get to work to solve Syria, North Korea, Ukraine, to solve terrorism.”

Does the Fake News Media remember when Crooked Hillary Clinton, as Secretary of State, was begging Russia to be our friend with the misspelled reset button? Obama tried also, but he had zero chemistry with Putin.

When will all the haters and fools out there realize that having a good relationship with Russia is a good thing, not a bad thing. There always playing politics – bad for our country. I want to solve North Korea, Syria, Ukraine, terrorism, and Russia can greatly help!

The President also explained that we have to be ready to move on past the Russia meddling controversy, if we want to normalize relations with the Russians.

Question: Could you once and for all –definitively, sir– yes or no, say whether or not you believe President Putin and/or Russia interfered in the election?

President Donald Trump: What I said, and I’m very surprised there is any conflict there, what I said is that I believe [Putin] believes that. And that is very important for somebody to believe. I believe that he believes that he and Russia did not meddle in the election.

As to whether I believe it, I’m with our agencies –especially as currently constituted– with their leadership.

But as currently led, by fine people, I believe very much in our intelligence agencies…

I’m not looking to stand and start arguing with someone when there are cameras all around and reporters recording our conversation.

I think it was very obvious to everybody: I believe that President Putin really feels, and he feels strongly that he did not meddle in our election. What he believes is what he believes.

What I believe is that we have to get to work, and I think everyone understood this, get to work to solve Syria, North Korea, Ukraine, to solve terrorism…

Russia has been very, very heavily sanctioned. They were sanctioned at a very high level, and that took place very recently.

It is now time to try to get back to healing a world that is shattered and broken, and that is very important…

I feel that having Russia in a friendly posture, as opposed to always fighting with them, is an asset to the world, and an asset to our country, not a liability…

And by the way, Hillary Clinton had the reset button. She wanted to get back together with Russia.

She even spelled reset wrong, that is how it started, and then it got worse. President Obama wanted to get back together with Russia, but the chemistry wasn’t there. Getting along with other nations is a good thing, not a bad thing.

“Risk Pool” To Be Created To Compensate Nations Hurt By Bill Gates Venture To Dim The Sun To Cool Earth
January 16th, 2021 Sons of Liberty Media