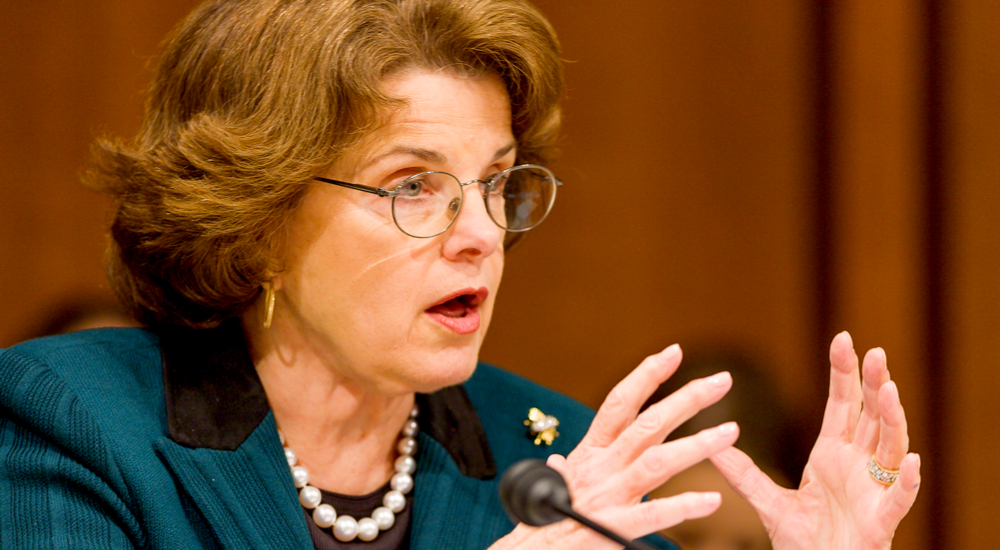 Lurid accusations and graphic descriptions of misconduct have become the main topics of conversation with respect to the confirmation hearing of Judge Brett Kavanaugh.

I do not refer to the nearly four-decade old tales being spun in the news media by various women who have identified themselves as opposing the confirmation of Brett Kavanaugh.

I do refer to the conduct of Senators who have created this despicable circus.

Do I believe any of the accusers? On the basis of the quality of their “evidence” and lack of any credible corroboration, absolutely not!

It is very clear to any reasonable thinking person that the confirmation circus that began several weeks ago is nothing more than a cheap political stunt designed to delay or torpedo the confirmation of Judge Brett Kavanaugh to the US Supreme Court.

Sen. Grassley should have exercised better judgment by not extending the hearings one minute without a serious explanation why Sen. Feinstein failed to immediately share with Sen. Grassley seven weeks earlier the content of the material she had received from Christine Blasey Ford. The lame excuse that Ford did not want the information shared is ludicrous in the face of the unfolding events.

If Ford was so concerned that Judge Kavanaugh would be confirmed, why didn’t she send the information to the committee chairman, Sen. Grassley?

Sen. Grassley has to be aware Democrats would try to delay or derail Kavanaugh’s confirmation by any means possible, legitimate or otherwise. He has to understand the “end justifies the means” credo of Leftist Progressive Democrats who have amply shown time and again that there is no tactic too reprehensible for them to willingly use to achieve their ends.

The nature, timing, and method by which this entire sorry spectacle has evolved is clear evidence it is nothing less than a carefully-planned, carefully-orchestrated design to derail a nominee to the Supreme Court who is eminently qualified and suited to hold the seat to which he has been nominated.

The most reprehensible conduct is that displayed by Senators Feinstein, Blumenthal, Hirono, Schumer, Gillibrand, Booker, Harris, et al, who have executed a well-crafted plan to defame the character of President Trump’s nominee, Judge Brett Kavanaugh, for the sole purpose of keeping the swing vote on the US Supreme Court from falling into the hands of a highly-capable constitutionalist justice.

While these Senators piously blather on with their “guilty until proven innocent” protestations, not one of them has taken their “evidence” against Judge Kavanaugh to the proper local authorities in Maryland. Not one accuser has taken her case to the proper Maryland authorities. Neither has any accuser nor have any of these outrage-feigning Senators gone to the FBI with their “evidence” of a crime. These actions expose this charade for what it is, a cheap partisan political stunt and last-ditch effort to derail the Kavanaugh confirmation.

No fair person can look at the timing, the nature of the accusations, the lack of any corroborating evidence to any of the accusations, and the partisan political motivations behind those Senators screaming “guilty” the loudest, and come to the conclusion that this whole sorry episode is anything more than a sleazy attempt to derail the confirmation of Judge Brett Kavanaugh to the Supreme Court.

We do need an FBI investigation. But not of the ludicrous claims of these few women. We need the FBI and the Justice Department to begin a serious probe of the whole story behind the coordinated circus manufactured by Democrats to block the Kavanaugh confirmation. Every Democrat aide, associate, expert witness, legal advisor, and the accusers who’ve created this circus need to be thoroughly investigated and prosecuted where appropriate. Judge Kavanaugh should vigorously pursue defamation litigation against those who have knowingly participated in this charade, particularly those Senators behind this planned attack on his character.

This was never about women’s rights or sexual crimes. It is all about the raw unbounded reprehensible conduct of far-Left Progressive Democrats who will use any means to achieve their objective of a non-constitutionalist activist Supreme Court to impose their Progressive political agenda on the people of the United States of America by judicial edict.

Democrats must be punished for their despicable behavior.

When Democrats piously claim, “Why would Ms. Ford come forth with this story? She has nothing to gain!” they are lying. She has the celebrity she will get from Leftist Progressives in the media, on college campuses, and readers of the book she will inevitably write. Her fees for speaking to Leftist Progressive women’s organizations, on college campuses, and from sales of her book will give her both fame and fortune. That is the carrot dangling in front of every one of the women who come forward with these incredible stories that lack sufficient specifics of time, place, and date and have no corroborating evidence nor witnesses who will testify to the authenticity of the allegations.

These hearings deteriorated into the most egregious display of reprehensible conduct by the political Progressive Left. This is what we can expect from here on from Leftist Progressive Democrats. This is how they plan to gain and hold power.

Are these really the kind of people Americans want to vote into office this November?

Every decent American has an obligation to register and vote the Progressive Left out of office, even if that means voting for a lackluster or flawed Republican. The Kavanaugh confirmation circus has demonstrated conclusively that this nation is engaged in a political war between good and evil. If citizens do not stand for good, they will be consumed by the kind of evil on display at the Kavanaugh confirmation hearing.

Americans better make the effort to defeat evil this November or they will pay dearly for their inaction.