Mid Term Elections, Kavanaugh and Apathetic Christians – A Do or Die Election? 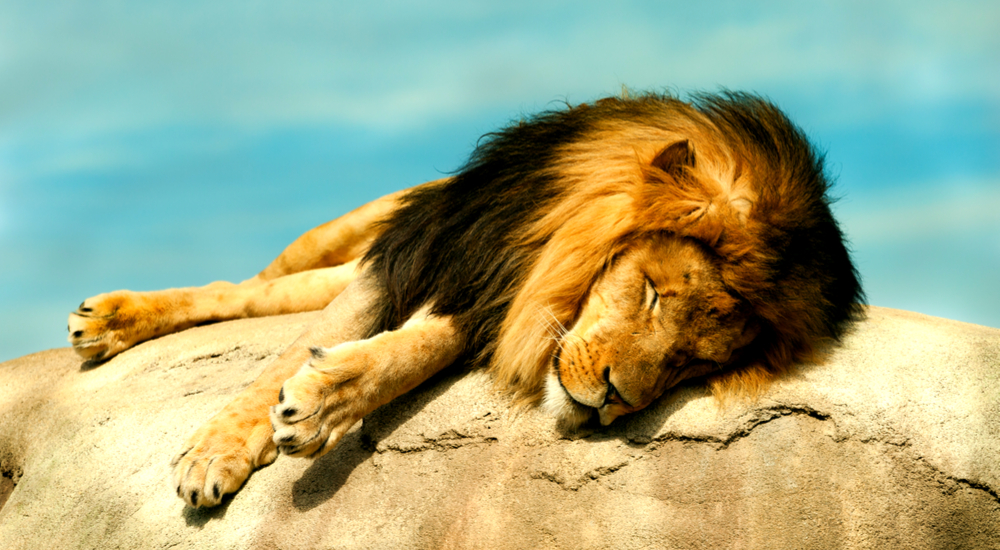 Is the lion sleeping in America?

Among the elite internet cartoonists is Pat Cross whose work is featured in articles and websites across the spectrum. Cross may have singlehandedly changed the familiar adage of a picture being worth a thousand words to it now being worth ten thousand words or more.

In his latest offering for the month of September Cross depicts a man reading a newspaper with the headlines blazoned across the front page in bold letters – “DEMS DEMAND KAVANAUGH WITHDRAW SCOTUS NOMINATION.”

The man reading the paper asks the question – “Would they really destroy someone’s life for political gain?”

For the last 45 years, abortion has created warfare in America that rages to this day. What amazes us is that so many people are willing to fight for the right to kill other human beings before they can enjoy life, liberty and the pursuit of happiness along with the rest of us.

Millions are willing to stand by, or as some would have it – hide behind the 1973 Supreme Court ruling of Roe v. Wade, that does not diminish the crowd of millions who alternatively live by the Bible passage of Proverbs 6: 17.

Proverbs 6: 17 is nestled into an entire passage that sounds very much like what’s going on in America today, but especially in the Brett Kavanaugh hearings in which last-minute Me-Too witnesses now seem to be falling out of the woodwork.

The entire passage is as follows.

“These six things doth the LORD hate: yea, seven are an abomination unto him: A proud look, a lying tongue, and hands that shed innocent blood, An heart that deviseth wicked imaginations, feet that be swift in running to mischief, A false witness that speaketh lies, and he that soweth discord among brethren.” (Pr 6: 16-19)

The movement to save a few deaths by coat hanger abortions has turned out to be the right to kill movement of the now proud group that call themselves pro-abortionists. Who could have foreseen that to save a few women from a bad abortion we would need to destroy the lives of 60 million unborn children to date?

There is no need to belabor the full meaning of the passage in Proverbs – all we need to do is provide a simple checklist to see it qualifies for a voice against the presumably enlightened pro-abortionists.

The ‘lump of tissue’ lie is one of the biggest whoppers of all time!

The human responsibility is impossible to escape – it is human hands that stop other very human hands from ever being able to touch or feel anything in this world.

Regardless of the outcome, those who oppose the Kavanaugh nomination are running scared because they see a real threat to their right to kill under the law.

This is why the present battle against a conservative Supreme Court nominee and the upcoming mid-term elections are the most important battle in modern times for America.

Christians can no longer take refuge in the idea that politics and faith have no connection. We are the very salt of the earth – are we not supposed to salt the political part of our national heritage.

Wise up believers, much of the outcome in this battle is in our hands. We can battle with our activism, but we can cower by just refusing to vote as if it meant nothing.

According to a poll taken by the Oxford Dictionary of Quotations, the most popular quote of modern times may have come from Edmund Burke or as some say John F. Kennedy, but regardless of the source it bears repeating yet once again. To wit:

“The only thing necessary for the triumph of evil is that good men do nothing.”

Michael Bresciani is the editor of American Prophet.org since 2005. The website features the articles and reports of Bresciani along with some of America’s best writers and journalists. Millions have read his timely reports and articles in online journals and print publications across the nation and the globe. Visit us at, Gab,  https://socialcross.org/amprophet also on Twitter and Facebook