Put Liberals to the Test: Why Do They Lock Their Doors? 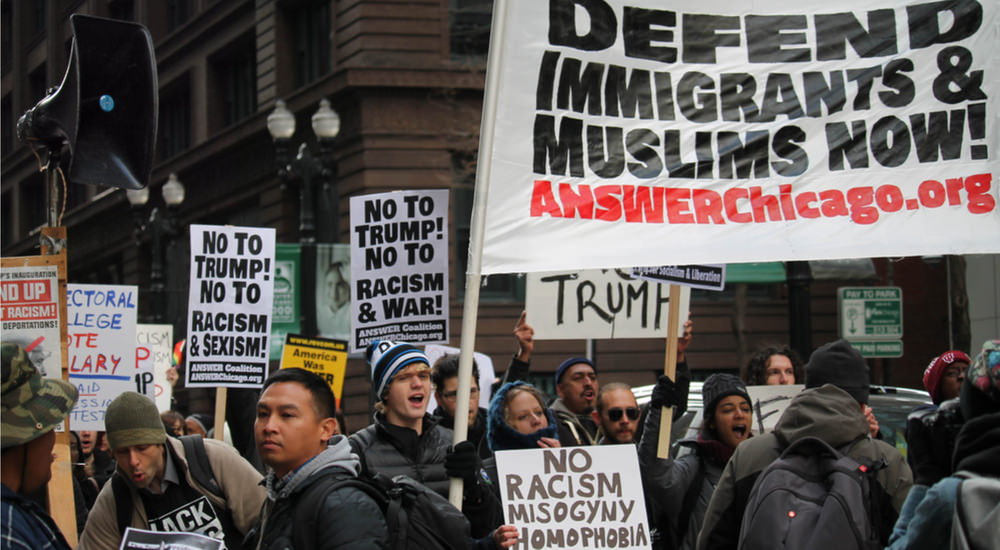 “No hate, no fear, refugees are welcome here!  No ban, no wall, America is home to all!” – Liberal Democrat mantra

The most foolish, naive, ignorant people in America want to open our borders to anyone who wants to enter the USA.  Of course, when it comes to the charity of liberals, that charity comes at a price and that price is paid out of your pocket.  If liberals are so hot to bring in Moslems and Mexicans to America, how about they live in their homes off of their dollar?  But no.  Liberals always want to be charitable with your money, not their own.  They want to be charitable with your home, not their own.  They will risk your lives, not their own.  That’s one of the reasons you don’t find liberals in the military.

Put liberals to the test; walk up to their home and enter.

Liberals who will not walk the walk have no right to talk the talk.  Cast them out of the public forum.  Either have the courage of your convictions or “STFU”!  No one has a right to tell us that we are wrong when they do not practice what they preach.  This is why liberalism is known as the ideology of two-faces.  Self-righteous hypocrisy is at the heart of liberalism.  Public stupidity is neither wisdom nor compassion.  It’s just the blathering of fools.

Erecting a barrier to drug dealers, terrorists, and illegal immigrants infiltrating America to steal jobs and take American lives is not keeping out legal immigrants or actual refugees.  The liberal protests against Trump’s orders that enforce American law did not appear when Clinton and Obama did the same thing.  This is strictly leftwing terrorism attempting to coerce the majority of the country.  Try as they might to claim the moral high ground, the Left is the heart and soul of corruption, lies, and deceptions to violate the rights of American citizens in favor of those who would become Democrat voter slaves.  That is why they will happily force you to take in deadbeats and pay for them rather than take on that burden themselves.  There is no charity in liberalism, only stealing from others for which they take credit in the delusional belief in their own fraud that they are a bunch of Robin Hoods when, in reality, they are the Prince Johns.

Mexicans say no to Trump’s wall

Liberalism is for the galactically stupid and the batsh*t crazy!

Islamo-Nazis and Communists DO NOT belong in America!