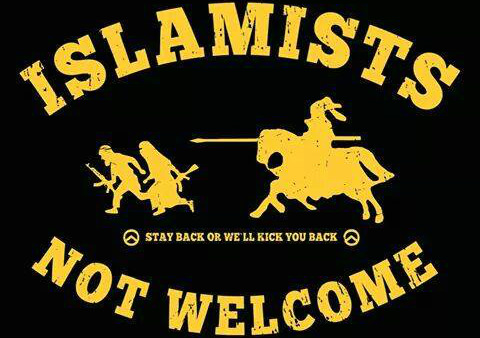 Liberal Democrats who denied Jews refuge during the Holocaust now accuse Republicans of denying Moslems refuge from the Jihad.  That’s the same as saying America should have given Nazis refuge from Hitler.

Former Speaker Newt Gingrich called out Democrat Senate Minority Leader Schumer for shedding tears over a hundred people being held in airports for scrutiny, but never one tear for all the hundreds of Americans killed in jihadi terror attacks or on the city streets by criminals.  Leftist Democrats, led by Senate Minority Leader Schumer (D-NY) putting crocodiles to shame with his heart rending declaration that he will fight for the rights of Islamists to invade America.  Families, yes, families are being torn asunder by Trump!  If only all Americans would submit to Allah and know peace.

Chuck Schumer weeps for the helpless – “OH, the HUMANITIES!  See the tears?”

In Canada, their liberal prime minister offered any Moslem being denied entry into the United States sanctuary in his country saying, “All Muslims are welcome here.”  Then there is a Moslem jihadi terror attack on a mosque in Quebec, which he immediately blames on the American Right as an anti-Moslem hate crime, but which is quickly proven to have been perpetrated by an Islamic jihadi.

Leftists offer Islamic jihadis sanctuary in Canada and they attack

As the looney liberals stage their expected anti-Trump protests at airports, TEA Party patriots laugh at them and their phony outrage.  Where were they when Obama turned away Christians seeking refuge from Syrian Moslems intent on beheading them?  They are so quick to become distressed over a few of their own being inconvenienced in airports, but remain silent and content when their hated enemies are being persecuted and murdered.  When you open your eyes to leftist hypocrisy, lies, and propaganda, suddenly the world becomes clear of which side is in the light and which side walks in darkness.

There is no place in the civilized world for Islam

Leftists Believe the Greatest Threat to America is Americans