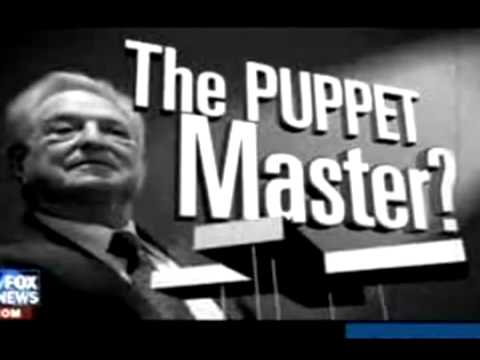 Add Facebook to the list of George Soros influenced companies. In news that doesn’t surprise anyone interested in free speech, an honest interchange of ideas and American liberties, George Soros has launched another attack on American freedom, liberty, and conservative principles by funding a movement to silence “disputed” news…i.e. news that ole George and his communist friends don’t agree with.

On Friday, an organization funded by Soros (technically through his Open Society Foundation), the Poynter Institute for Media Studies, was tapped by Facebook to partner together through to “help determine whether social media posts on the Facebook platform should be ‘disputed'”. Facebook says “if the “fact checking organizations” determine that a certain story is fake, it will get flagged as disputed and, according to the Facebook announcement, there will be a link to the corresponding article explaining why. Stories that have been disputed may also appear lower in News Feed.”

The Poynter Institute, if one has forgotten, is the group who has, according to Breitbart News,

“Hosted controversial journalism programs in the past, including one that was accused of downplaying the threat of global Islamic terrorism. FoxNews.com reported the course suggested reporters “keep the death toll from Islamic terrorism in ‘context’ by comparing that toll to the number of people killed every year by malaria, HIV/AIDS and other factors. The course taught reporters that the term “jihad” means internal struggle, and it discussed what it claimed was the issue of “right-wing activists” attempting to link American Muslims to terrorism.”

As a statement of fact, Facebook is a privately owned company who is under no obligation to allow any one person or organization to publish on their platform – their “store”, their “rules”. Sort of like no shirt, no shoes, no service at your local ice cream shop. Having said that, the average American should be outraged at Facebook’s attempt to clearly influence public opinion by filtering out social media posts and news they don’t agree with or like and at George Soros for, once again, being the puppet-master behind the scenes pulling the strings of the American people.

We just beat Soros and his liberal friends at the voting booth, let’s beat him, Facebook, and any other organization who doesn’t believe in free speech. Be discerning. Be vigilant. Don’t accept “truth” as “truth” just because you see it in mainstream media. In fact, I would suggest starting from a position of not believing something when you see it in mainstream media – their history, liberal bias, and twisted relationships with anti-American ideals and organizations is deep seeded and well documented. You don’t have to look any further than John Podesta’s emails.