Should We Subsidize Debt? 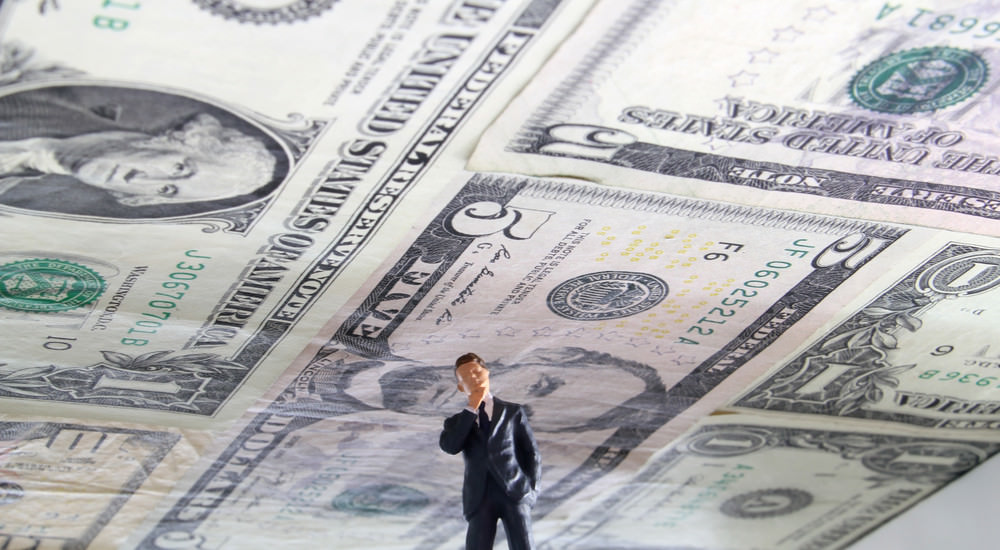 Alice in Wonderland couldn’t imagine the machinations being thrust into the economy of the United States.  Stupidity has become the Queen of Hearts and the White Rabbit is using a sun dial in the dark.

Imagine you are losing money doing business and there is a knock on the door.  In steps a man with a check book and a form to fill out that asks if you are losing money.  If you are losing money you are entitled a check but only if you are losing enough money to have an impact on many jobs and the credit stability of the nation.  In other words it you are far enough in debt you qualify for a subsidy.  If you are small potatoes you are on your own.  The conventional wisdom of the past was the opposite.  If you were a small struggler you would get relief but if you were big you had money and could get by without any subsidies.  The new world has it that the low to middle class who lose their businesses are insignificant and can be allowed to fail.   This seems odd since small business creates the most jobs in an economy.   Odd seems to be in these days.

Just think of the possibilities of this new movement to subsidize debt.  People who couldn’t earn a profit in the world that required this approach would now have the opportunity to show the world how far in debt they could go.  To the biggest debtors go the spoils.  The most irrational risk takers will be rewarded and the calculating careful would become the beggars.  The playboys can run wild with speculation and never worry about bankruptcy because that will be only a badge of honor for the bureaucrat to enter with the checkbook.  A new set of objectives will crowd out the foolish notion of fair trade.  Instead we will expect shoddy goods because shoddy goods don’t sell and that affects the bottom line.  In this new economic world a bad bottom line computes to be a good chance for subsidies.

Only one problem with this new approach.  Where will the subsidies come from?  There is no huge store of wealth to draw from.  There are few nations that will loan us indefinitely and they are getting nervous.  We could always resort to just printing the money but more money without something to back up the printed paper would make the money worthless.  This reality makes the fantasy appear as it really is.

Subsidies are stupid to begin with.  They are payments devised by politicians to gain political favor.  They disrupt the market by making less valuable commodities, goods and services into more valuable than the customers would normally buy.  Cheaper subsidized ethanol is a good example. Who would buy ethanol if its true price was posted?   What would be the price of milk without price supports?  The glut of milk from too much production means milk is cheap compared to what it would be without the subsidy.  Take away the subsidy and fewer ( marginal ) producers would stay in business.  Only the most efficient would survive.  Who can produce milk cheaper?  The most efficient or the marginal producers who need a subsidy?  When the most efficient must compete with other highly efficient milk producers what will happen to the price of milk?  The balance of supply and demand is achieved at the lowest cost and price.  All without subsidies and regulations.

The culmination of subsidization has arrived.  We are now subsidizing debt.  We are actually witnessing our government giving money to failing businesses.  The consumer determines what businesses should survive by buying their product or service.  If the business is not operating in an efficient manner and supplying the customer with the best product or service on the market then there is room for a competitor to step in and do a better job. Instead we are entertaining the notion that the government can step in and do a better job.  We have seen the government business ventures such as the Post Office with its maze of regulations and stamp increases steadily fail yet we are actually considering this as an option?  A government with $20 trillion in debt from deficit spending has no credibility in running anything much less a profit making business.  Still there are economists so thoroughly ingrained with stupidity that they actually are open to the idea.

Letting government subsidize is equivalent in evil to letting the government tax.  Both are avenues to destruction.  There is no other organization (other than criminal syndicates) on earth that requires payments for their services.  All private transactions are voluntary.  If you want something you pay for it.  Governments rely on the notion that people would not pay if it was not taken from them by force.  Then why is it that people pay for every thing else and yes even voluntarily pay for security systems?  This bogus argument may have worked on the serfs but it is clearly obvious it holds no validity.

The premise of benevolent government allowed to do anything to anybody at any expense has proven to be a bad premise.  Government needs to be harnessed and limited to the extent it cannot disrupt the economy.  Without understanding the nature of government and the destruction it can implement more insane decisions will evolve and the pain will be long and enduring.  A little thinking will save us from such misery.  When it is finally realized we are subsidizing debt the ridiculousness of the approach will get the people who know better to maybe wake up and find they need to rethink what their folly has given them.  The executives that thought the government would save them found out quickly the government was only looking for a scapegoat to point the finger of guilt away from the government.  Humiliated and endangered by the agency that would lend a helping hand woke a few of the “too busy to be bothered with philosophy ‘ crowd to the reality of the nature of what they were trying to mollycoddle into “help.  They wanted protection, they could have called the Costa Nostra and been given a better deal.

When the action of the government can be summarized in the simple phrase, “ Subsidizing of debt ‘ you know all the complexities claimed are bogus.  The G-20 is being protested by anti-capitalists and anarchists which shows the lack of a sensible alternative to the socialism majority.  Now we are in a world where thinking has become emotional drivel spouted by academics straight from Lewis Carroll.  The issue is approaching the end.  The bill will come due.