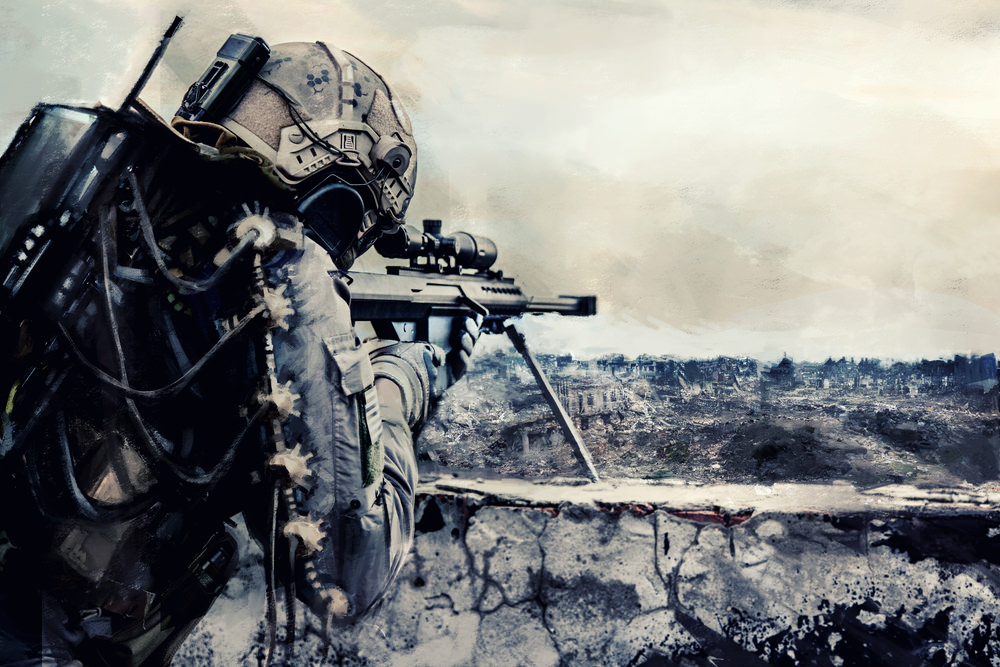 I thought I was through writing and posting to support Mr. Trump, because I felt he was on his way to an easy victory, but after this past week’s war like offensive by the Left wing media, the Clinton Group, the RINO’s on the take, and basically all of the US Groups behind tearing down the true meaning of the Constitution and America’s Americana God Inspired culture, I decided to see exactly what their plan was that was working so well against Mr. Trump. I now have the answer.

These power brokers who are intent on destroying America’s Borders, intent on ending America’s right to sovereignty, intent on opening up America to something called a “world citizen, and intent on basically destroying the power of the US Constitution’s law of the land status, are using a psychological war trick that has been used both my America’s war enemies during past wars, and by our War Department during wars. This trick, or psychological war theory has been dubbed war noise attacks. Here is how it works: During WWII Japan used a lady named, or given the name by the US Military, Tokyo Rose. This lady played music, read captured letters sent to American soldiers, and basically tried to make our soldiers give up and go home. This tactic was also used during the Korean war by the North Koreans, and they took it a step higher by playing loud horns, trumpets, music right before they attacked our men. We have also used this ploy on our enemies, and well to make a long story short, this is what the offensive by both the Clinton Party and the Left wing media. Their offensive, like the psychological offensive used by our enemies on our soldiers started with the Khan man (who used his son’s death for political gain and Mrs. Clinton too,) attacking Mr. Trump and pulling Mr. Trump into a verbal war they knew Mr. Trump had a very good chance of losing, if he took the bait. The left then escalated their attacks on Mr. Trump by attacking any thing that Mr. Trump said and turning his word upside down. This verbal offensive also had a second offensive which are the videos and the still photos that often show Mr. Trump looking like a raving mad man (easy to do by simply freezing the video tape at the right moment.). The final act of this offensive was all of the polls that show Mr. Trump’s lead disappearing, his backers allegedly leaving him, and the alleged new polls that show Mrs. Clinton now the favorite and in the lead. How effective is this ploy, or plan of psychological attack? Here are a few more examples of war noises and their effect on past wars:

This early cruise missile, also known as the V-1 flying bomb, was nicknamed the Doodlebug, or Buzzbomb by allied troops. The shock inducing noise caused by this weapon as it moved towards its target confused troops on the ground. It’s noise was so intensely loud that there was no way to determine where it would land.

So, what is my point? I truly believe that this war life psychological attacks are aimed at us, Mr. Trump’s supporters. They are trying to dissolution us into thinking that Mr Trump does not have a chance of winning, so we should not who up to vote for him. I can not believe the money, the power, the number of power brokers, and the extent that these people will go to just to make sure they get what they started with Mr. Obama, and the dirty underhanded tools that are being used by these people of power that are behind Mrs. Clinton’s election. It’s like something out of Orson Well’s 1984. My suggestion to those who are set on voting for Mr. Trump is don’t listen to this propaganda war, or psychological war being played on Mr. Trump. If anything this should help you set your resolve to never give up on Mr. Trump, and instead start pushing back even harder because, I really think we are fighting a war for the survival of America. Never in my mind did I ever think our own US Government would ever turn on its own people in a Democracy. We should be very scared, and very determined to never give up. To the world, or other countries reading my posts, I hope you now see that America is only a facade like Disneyland, and we have no real Democracy or Freedom to choose our leaders. The system is very rigged.