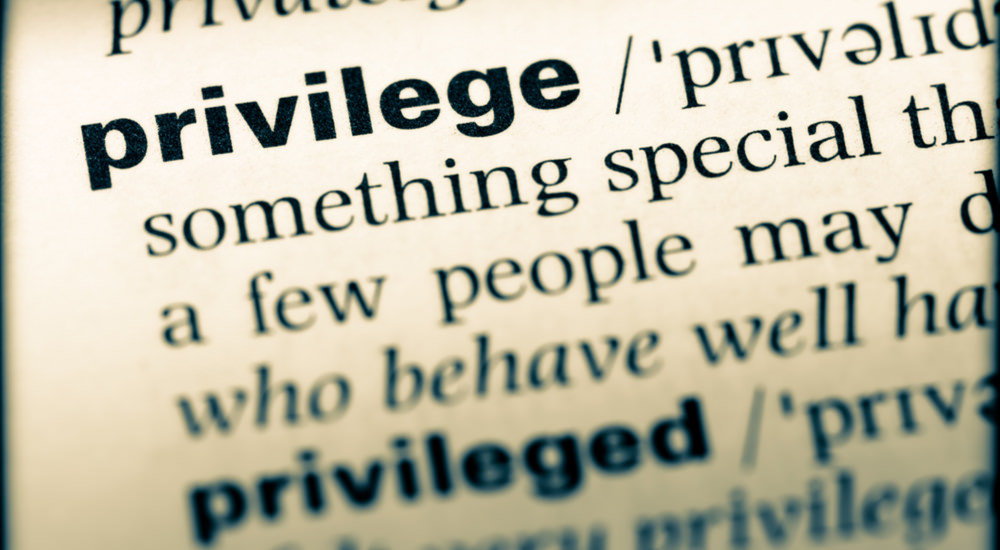 The word privilege has become quite the weapon over the last few years. Clearly, it is being used to denigrate people and groups by promoting the idea that a few have privileges at the expense of the many. Everyone has some level of privilege but the promoters of the privilege narrative are desperate to convince any in earshot that privilege is bad.

A beautiful young woman has privileges at least 50% of the population will never fully understand from both men and other women. Whether she likes it or not she will be lavished with attention and will rarely ever have to open her own doors. She will always be shown favor by the majority of the people she comes in contact with because everyone wants to be in her company. But it doesn’t end with mere attention. If a beautiful young woman plays her cards right she can attain all kinds of unearned wealth just by being friendly and smiling once in a while.

Should we condemn a beautiful woman for her unearned privilege? Woe is the day when being a beautiful young woman becomes a crime. Oh wait that day is already here with the Burka, isn’t it? Is that the kind of world we want to be forced to live in?

The funny part of this example is that being a beautiful young woman often requires a great deal of work and heavy investment. Perhaps it is not so unearned after all.

Who else has privilege? Lots of people so let’s look at another example.

There is an incredibly large dis-appropriate amount of Black crime in America yet most of it doesn’t get reported. Mall riots involving mostly young Black people have become common and yet the reporting on the incidents has more to do with protecting Blacks than identifying them as perpetrators. We saw this in the school systems when students like Trayvon Martin come to school with burglary tools and items that appeared to have been stolen suggesting that a crime has been committed, not turned into the police by the school. Sounds a lot like privilege to me. This, unlike the first example, is a destructive privilege.

That kid in the wheelchair who doesn’t have to wait in a long line in the sweltering heat of a Florida summer at Disney World has privilege. In the workplace, it is much easier to get a job as a woman than a man and that too is a privilege. Down on your luck? Stop by your local welfare office or any other program designed to help the poor and tell me minorities don’t have privilege. Even my beagle has privileges that I do not have. Did she earn those privileges? Well, maybe she did. After all, she is a world-class beggar and lights up like a Christmas tree when she gets excited so there’s that.

Yes I have privileges and some of them you will never have and so doesn’t that beautiful women, women in general, rioting Blacks, minorities, cripples, and dogs. Everyone has some advantage(s) they can exploit but no one has all the advantage and not everyone knows how to, or is willing to exploit the advantages they do have. That is what a privilege is, an advantage and most people waste them. One might think the goal was to use what advantages you have or can create to the best of your ability to improve your life.

Yes, you can create privilege for yourself. Clean yourself up, clean your room, go to work and work yourself up the ladder and eventually you’ll have advantages over everyone beneath you. You’ll have privileges. That has to be better than living in your mother’s basement and bitching and moaning about the advantages others have that you may not.