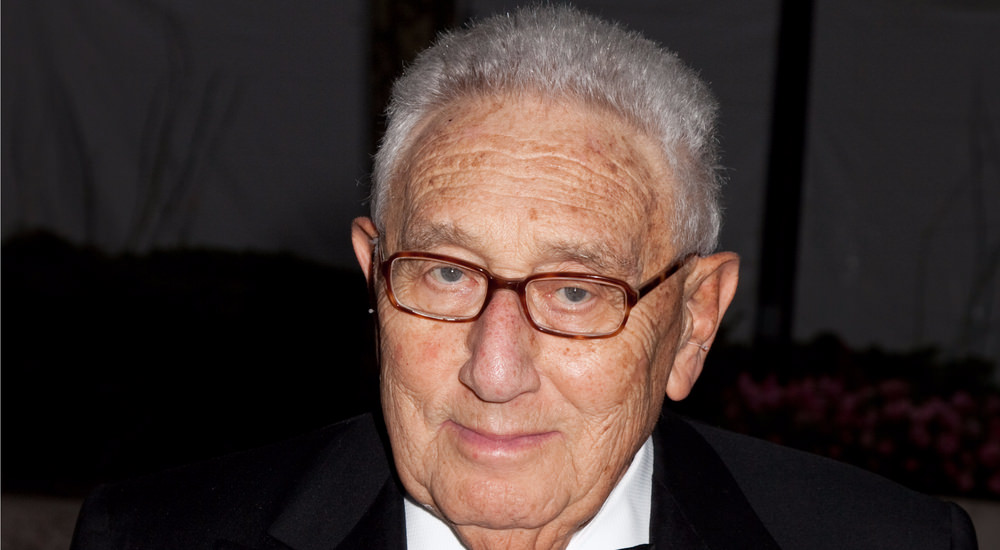 While George Soros paraded as King of the White House, globalist cronie and fellow puppet master Henry Kissinger proves himself equally Communist, under the facade of a Master Republican.

Republican? The globalist Kissinger is as traitorous and political class as they come. Kissinger has too often reiterated with pride, “Obama has been groomed for the New World Order.”

Keep in mind Kissinger proclaims this about a Democrat! But Kissinger is a “Republican.” Could something be wrong here?

This is why at the United Nations Kissinger, smilingly, looks on Obama at the UN podium…

Needless to say, Kissinger’s control over weak and threatened Republicans will continue – until President Trump deals with Kissinger himself.

How does one know this? It’s all based on the strong resistance to the globalist Kissinger when diehard Israeli nationalist Menachem Begin said to Kissinger, “You are not the first Jew who thought he was doing right for Israel, when he was not!”

Truly, before America’s health can return and Obamacare is repealed, the Soros and Kissinger shadow-government thuggery over Republican “leaders” – threatened and controlled for too long – must be broken!

God and President Trump can do this! But the demands and cries of We The People must be loud and unbroken! “President Trump! We’re ready to take Populism to the next highest level: to Make America Great Again!”