President Trump just Beat the Press like a Drum 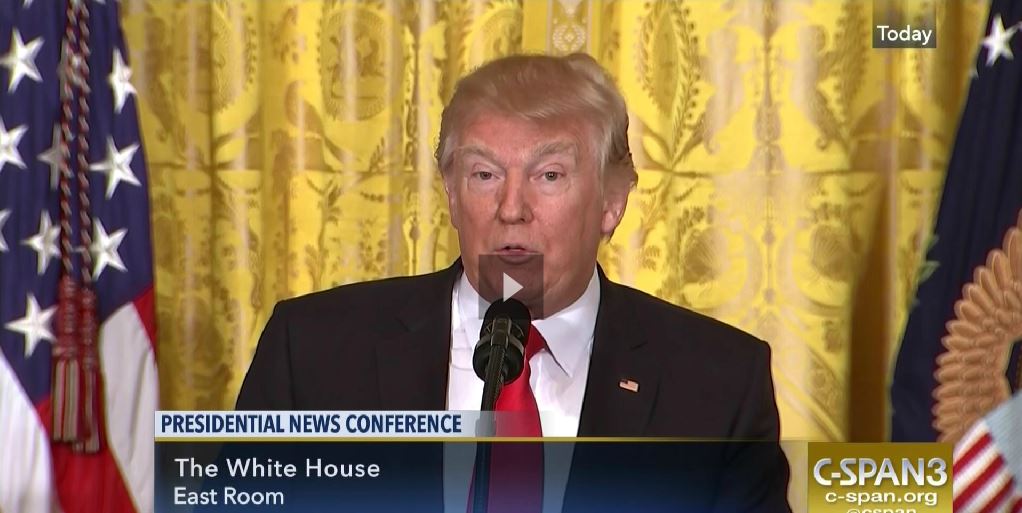 Yesterday President Trump held a news conference that was a first for our nation – in many ways.

1) Most presidents have been afraid of the press. Trump made it clear yesterday that, while he is willing to work with the media, he won’t roll over and play dead for them.

2) The tone: His demeanor was firm, friendly and occasionally humorous. He spoke from his heart, especially when addressing ridiculous charges that he was ant-Semitic.  (Trump’s son-in-law is a Jew who works for him in the White House. He has Jewish grandchildren. And he is friends with the Prime Minister of Israel.)

3) The length. This has to have been one of the longest presidential press conferences in history. For over 70 minutes Mr. Trump took everything the often hostile press threw at him. He didn’t allow the sometimes rude and hostile questions upset him.

And he did seem to be having a good time. He didn’t just meet the press. He beat them at their own game. He answered their shots, and he shot back at them. But he never lost control of himself or the situation.

Of course he was correct about the expected lies. The mainstream media didn’t wait ’til the next day. Within an hour they were saying that he was “un-hinged,” un-American,” “crazy” and “out of control.” So I have provided below a link to both the full video and the full text of the press conference.

Do yourself a favor. Don’t listen to the liars on CNN, the major networks, the NY Times and others. See for yourself how they completely distorted the tone and the substance of what Mr. Trump said. Then ask yourself: “What else have they been lying to me about?”

NOTE: This article was originally posted at www.ConservativeTruth.org