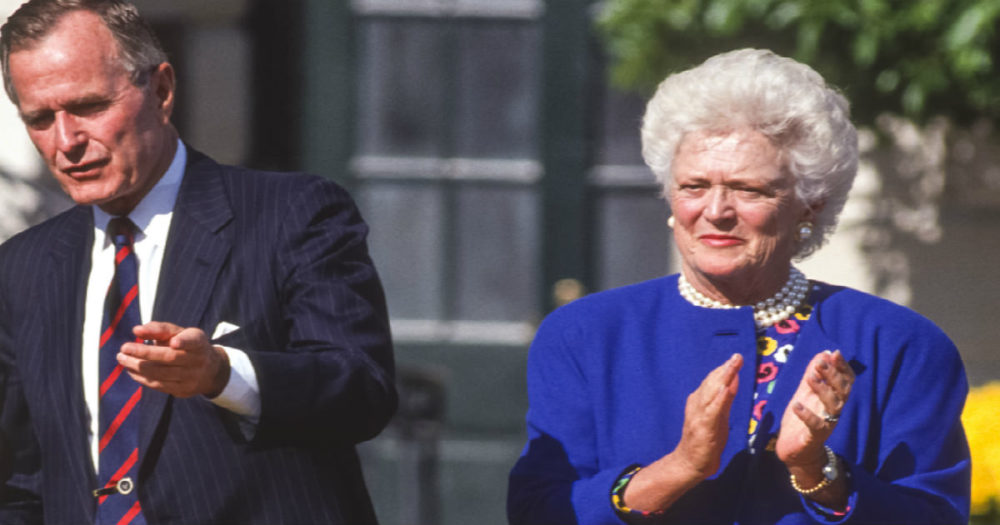 The prayers of everyone here at iPatriot.com are being lifted for the Bush family today. Former President George H.W. Bush and his wife, Barbara, have been hospitalized for various ailments. The former president is in the ICU due to complications from pneumonia.

President Bush, 92, was admitted to intensive care at Houston Methodist Hospital to address “an acute respiratory problem stemming from pneumonia. Doctors performed a procedure to protect and clear his airway that required sedation,” his spokesman, Jim McGrath, said in a statement.
By Wednesday evening, Bush was no longer sedated and instead conscious and engaged, McGrath said…
Barbara Bush also was admitted to the hospital Wednesday morning as a precaution after “experiencing fatigue and coughing,” McGrath said in the same initial statement.

McGrath said Wednesday evening the first lady has bronchitis, not pneumonia like her husband. She is being treated with antibiotics. All things considered, McGrath said, doctors are very encouraged with her situation.

The former President apologized to President-elect Donald Trump earlier this week when he informed him that he would not be able to attend the inauguration ceremony.
Bush wrote:
“Barbara and I are so sorry we can’t be there for your inauguration on January 20th. My doctor says if I sit outside in January, it likely will put me six feet under. Same for Barbara. So I guess we’re stuck in Texas.
But we will be with you and the country in spirit. I want you to know that I wish you the very best as you begin this incredible journey of leading our great country. If I can ever be of help, please let me know.”

George H.W. Bush sent letter to Trump on Jan. 10 stating he couldn't attend Inauguration: "We will be with you and the country in spirit." pic.twitter.com/zcoieQJmP6

President Obama sent well wishes to the former 1st couple during his final press conference on Wednesday. The President called them, “a constant source of friendship and support,” before adding that “they are as fine a couple as we know.”

41 and Barbara—thinking about you both and sending wishes for a speedy recovery. Love, 42.

Senator John McCain (R-AZ) added his voice to the chorus of support as well.