The Phony Conservatism of NeverTrumpers 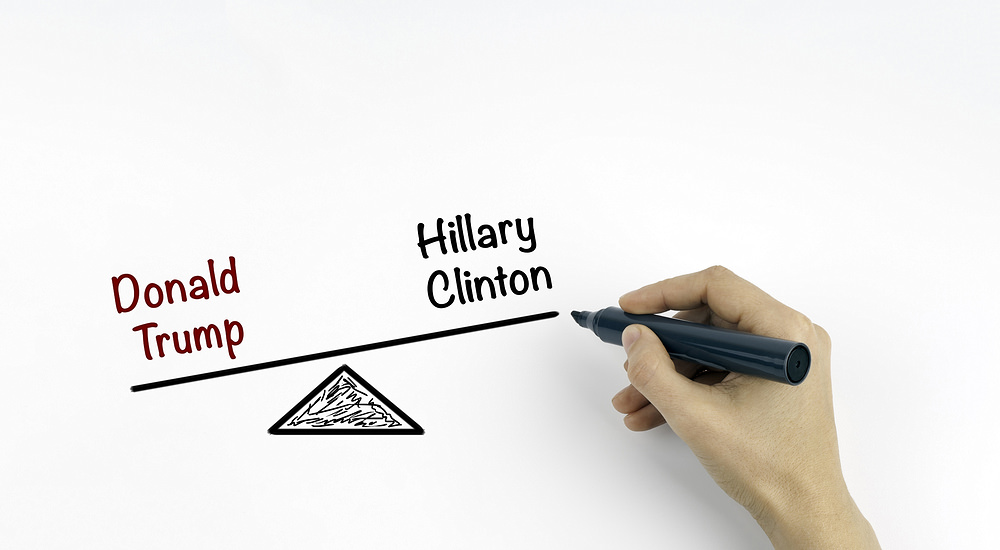 In a compelling thought piece in National Review by conservative professor and historian Victor Davis Hanson, the flawed thinking (as outlined below) of Never Trumpers who believe they are defending conservative principles was excoriated.

This past weekend, one of the Kennedy’s daughters who attended Bush ‘41s “Thousand Points of Light Foundation” event told the world that he told her in confidence that he was going to vote for Hillary.  Whether true or not makes no difference.  What makes a difference is Republicans who have declared outright that they would vote for Hillary over Trump because of their “true conservative values.”  They believe they would be better off losing and wait for years to recover the Republican Party as they want it to be.  The flaw in their logic is that, if Hillary wins and chooses the next three Supreme Court justices, then liberals will have both executive and judicial control over Congress and Republicans will be rendered irrelevant for the next half century, or perhaps forever.

Americans, however, have no desire for a Republican Party that works with Democrats!  The TEA Party rose up to elect Republicans who would stand against Democrats.  The past eight years has seen Obama tear down America’s economic engine, military, and social structure to wreak havoc on the nation, while empowering Islamists and socialist dictators around the world.  Obamaites are rioting in the streets destroying neighborhoods, assassinating police, demanding criminals be given protection from police, and terrorizing the citizenry.  Abroad Obama is inviting foreigners to invade their neighbors and inflict suffering on millions, giving them American jobs, showering them with taxpayer money, and allowing terrorism to rule the Middle East, rock Europe, and make itself at home in America.  In doing this he has stolen taxes from America’s grandchildren and put them into debt to the tune of $20,000,000,000,000!

If NeverTrumpers think electing Donald Trump would destroy conservatism, what the hell do they think is going to happen if they elect Hillary?  Conservatism hasn’t won a battle with liberals since Newt Gingrich!  Standing on principles of doing what is right, but allowing what is wrong to overcome all that is right is not righteousness, it is foolishness, and being the fool never makes one right.  Worse is saying they stand for righteous principles but then working with those who spit on them!  Donald Trump now represents our best shot in a generation of turning back the tide that is destroying this nation.

Conservatism is not the most important thing we defend today, nor is Christianity.  If we lose America there will still be intelligent, moral people who will grow up to become conservatives and Christians.  They may be far fewer if Islamists begin brainwashing our children as they have everywhere they rule, but even among Moslems there are those who recognize the evil of Sharia and abandon Muhammadism to turn to Christ.  What is most important is saving America from this fate and restoring her faith in Christ to turn back to God.

If the likes of Jeb Bush and John Kasich believe there will be a Republican Party left in four years, or that We the People will support them, they live in the same fantasy land as Hillary.  If they help Hillary get elected there will be no Republican Party, nor GOP, no elephant, just Democrat’s pet pigs.  They didn’t care about our support in these primaries, Jeb even shunned the TEA Party saying he wanted to “reach across the aisle” to Democrats.  But he did it by pandering to the Left, which is why the TEA Party turned to Trump and Cruz.  The reason Trump won is because he fights harder and more effectively than Ted who is by far the better conservative, but who lacked Trump’s drive to win.  Trump is the ONLY man who has stood up to both the leftwing media and Obama/Hillary Democrats who are destroying this nation.  Our choice now is either to stand with him against the liberals who are transforming America, killing liberty along with the American Dream, or watch as socialism and Islamism take our children.

Here’s the deal: Democrats are destroying America.  If Trump is a Hillary shill to help her get elected, then electing him screws her up.  He would actually have to drop out for that to happen and he shows no desire to do so.  Unlike Perot who just wanted to screw Bush, Trump wants to sit in the Oval Office!  But not electing him just plays right into Hillary’s hands making NeverTrumpers Hillary’s dupes.  If Trump is just like Hillary then in electing him you’ve got nothing to lose.  If he reverses everything on which he campaigned then America is in the same condition as if it had elected Hillary, but the people will be furious and oust him in 2020.

But if he is the opposite of Democrats as he says he is, then in not electing him and allowing Hillary to win you have not only f*cked yourself, but all of America.  The bottom line is this; there is no way Trump can be worse than Democrats destroying America, but there are a million ways he can be better and any improvement over what Democrats have wrought is a win.  Why in God’s name would you choose destruction, and how in the name of Satan do you think you can then claim you did it to save America?  Choosing to be a loser just makes you a loser.