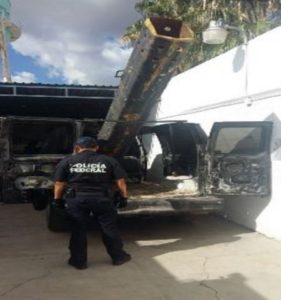 Compressed air cannons are great. By properly employing one, you can launch almost anything, assuming you can generate enough pressure.

We’ve all seen the Punkin Chunkin, pumpkin launching contests, held at least annually around the United States. These guys (and girls) roll out massive cannons with super long barrels. The longer the barrel, the more speed can be generated and the further the pumpkin will travel. Because of the length of these barrels the pumpkins can be traveling at 600 mph when exiting the cannon which result in great distances.

The television show Myth Busters broke the sound barrier using nothing more than a super long air cannon and a ping-pong ball. The guys on Top Gear (the English original – not the crappy new versions) launched several cars using only an air cannon.

Medieval battles might have been more interesting as the attacking force could have fired projectiles with air cannons, rather than those clunky monstrous trebuchets. It would have been easy to fire over castle walls and a lot more accurate.

Speaking of walls, if Trump gets elected, he better consider building his southern border wall a great deal higher than 20 feet or so. It seems that Mexican drug cartels are employing the same compressed air cannons as the Punkin Chunkin crowd. Maybe that’s where they got the idea.

Rather than messing about constructing elaborate tunnel networks or hiring mules to climb over fences, possibly getting nabbed and the drugs confiscated, smugglers have developed mobile air launchers to just shoot drugs over the border fences to the American side.

Now the smugglers simply roll up in a pickup truck or van on the Mexican side, stop within a few hundred yards of the border,

point and shoot, and away the drugs go.

Mexican authorities have found a few of these mobile launchers abandoned after they’ve fired off their payload. The latest discovery was a van abandoned within about 200 meters of the border on the Mexican side. It had apparently been stolen in Sonora, Mexico and then modified with a large hole cut in the back of the van’s roof. This accommodated a 10 foot long metal tube connected to compressed air canisters inside the van.

This “technology” has evidently been employed since 2012. The first of these drug launchers was discovered in 2013 in the border city of Mexicali, Mexico. It was estimated that the plastic cannon, mounted on the back of a pickup truck, could launch 13 kilo drug projectiles well over 500 feet. Several of these “projectiles” have been discovered scattered in fields along the U.S. side. They look similar to a smaller version of a powder stick for a Naval Battleship gun – for those familiar with such things.

As the technology of these launchers have improved, authorities now estimate the launchers may be able to fire drug projectiles at half a mile or more. That’s still not great but it sure beats 500 feet.

It is also estimated that they may be up to launch them as high as 60 feet or more, enough to easily make it over the Trump wall.

So what’s next for the cartels? Well, what do they traffic in? Mostly drugs and people. Now that they have the drug smuggling problem worked out, perhaps they will turn their attention to human cannonballs.

Layer the lucky illegal in bubble wrap, slap a helmet on him and then fire away. It would be a sight to behold.