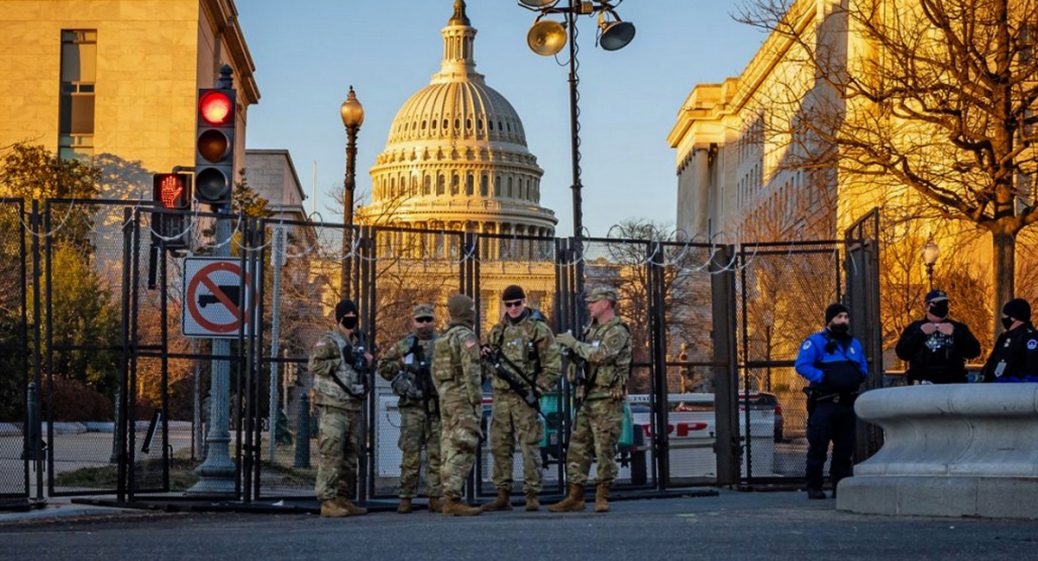 Democrats Joe Biden and Nancy Pelosi have ordered the Capitol Police to re-erect the massive fencing system around the capital city ahead of the expected U.S. version of trucker convoy that is expected to reach Washington D.C. this or next week.

The Democrat-controlled federal government is beginning to replace the fencing that was in place for most of 2021 as the truckers organize a drive to D.C., but also ahead of Biden’s March 1 address to the nation in the State of the Union speech.

Pelosi and Biden hope to head off some of the problems seen for Canada’s fascist national government as the Canadian Freedom Convoy invested Canada’s capital city, Ottawa.

Now, Californian’s are planning to join an American protest dubbed ‘The People’s Convoy’ and head to Washington, D.C. this week.

This new demonstration plans to depart from Barstow, California on Interstate 40 on Wednesday, February 23. National organizer of the effort Maureen Steele said she would not disclose the specific location for fear of retribution.

Steele told Newsmax that somewhere around 1,000 trucks are expected to start the trip and she expects more will join in as the convoy heads east.

‘The Canadian convoy was pretty organic when it happened,’ Steele acknowledged. ‘Ours, they had a month’s notice, so our concern is disruptive groups coming in. We’re trying to just prepare for counter-protests and to take safety precautions for that.’

‘This is about our rights, as well as the freedom of future generations,’ convoy organizers wrote on Facebook. ‘It’s not about political parties, but more so about a government that has forgotten its place and has no regard for our founding fathers’ instructions.’

Security officials are putting back up the fence around the Capitol in preparation for these protests to hit the nation’s Capitol just as Biden delivers his biggest speech of the year, Fox News reported on Sunday.

Still, the U.S. convoy is being organized even as some states are already dumping their mask requirements, including several Democrat-infested states.