Paul Ryan is Out, Not Running for Reelection 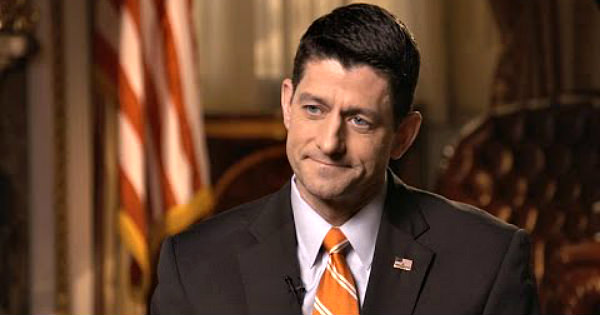 Paul Ryan Announces his Retirement as of January 2019:

I wanted to share with you a little of what I just told my colleagues a few minutes ago.

You realize something when you take this job. It’s a big job with a lot riding on you, and you feel it.

But you also know that this is a job that does not last forever. You realize that you hold the office for just a small part of our history, so you better make the most of it. It’s fleeting, and that inspires you to do big things.

And on that score, I think we have achieved a heck of a lot.

You all know that I did not seek this job. I took it reluctantly. But I have given this job everything that I have, and I have no regrets whatsoever for having accepted this responsibility. This has been one of the two greatest honors of my life.

The job provides incredible opportunities, but it — the truth is it’s easy for it to take over everything in your life. And you can’t just let that happen, because there are other things in life that can be fleeting, as well: namely your time as a husband and a dad, which is the other great honor of my life.

That’s why today I am announcing that this year will be my last one as a member of the House.

To be clear, I am not resigning. I intend to full my serve (sic) term as I was elected to do. But I will be retiring in January, leaving this majority in good hands with what I believe is a very bright future.

It’s almost hard to believe, but I have been a member of Congress for almost two decades. This is my 20th year in Congress. My kids weren’t even born when I was first elected. Our oldest was 13 years old when I became speaker. Now all three of our kids are teenagers. And one thing I’ve learned about teenagers is their idea of an ideal weekend is not necessarily to spend all of the time with their parents.

What I realize is, if I’m here for one more term, my kids will only have ever known me as a weekend dad. I just can’t let that happen.

So I will be setting new priorities in my life, but I’ll also be leaving incredibly proud of what we have accomplished.

Some of you know my story. My dad died when I was 16, the — the age my daughter is. And I just want to be one of those people looking back on my life thinking (sic) I spent more time with my kids. When I know if I spend another term, they will only know me as a weekend father.

We’ve accomplished so much since then.

Probably the two biggest achievements for me are, first, the major reform of our tax code for the first time in 36 years, which has already been a huge success for this country. And that’s something that I’ve been working on in my entire adult life.

Second, something I got much, much more invested on since becoming speaker is to rebuild our nation’s military. And after tax reform, addressing our military readiness crisis, that was a top priority that we got done last month as well.

These I see as lasting victories that will make this country more prosperous and more secure for decades to come.

There are so many other things that we have gotten done. And, of course, I’m going to look back proudly on my days at the Budget Committee and the Ways and Means Committee. But I want — I don’t want to be too sentimental here. I want to be clear: I’m not done yet. I intend to run through the tape, to finish the year.

Some of you wonder why I just can’t do the normal politician thing, in which is to run and then retire after the election. That is what I’m told is the politically shrewd thing to do.

I considered that. But just as my conscience is what got me to take this job in the first place, my conscience could not handle going out that way.

So that’s why I’m announcing this today.

Again, I am proud of what this Congress has achieved and I believe its future is bright. The economy is strong. We’ve given Americans greater confidence in their lives. And I have every confidence that I’ll be handing this gavel on to the next Republican speaker of the House next year.

So just to close, I said earlier that I didn’t want this job at first. And you — most of you know this, I really actually didn’t. But, I have to thank my colleagues for giving me this opportunity and this honor. I am really grateful for it. RYAN: I also want to thank the people of southern Wisconsin for placing their trust in me as their representative for the past 20 years. I try to bring as much Wisconsin to Washington as I can in that time. It’s been a wild ride but it’s been a journey well worth taking to be able to do my part to strengthen the American idea. That pursuit is never-ending. Much work remains. But I like to think I have done my part, my little part in history, to set us on a better course.

.@SpeakerRyan: "The two biggest achievements for me are first, the major reform of our tax code for the first time in 36 years… Second, something I got much, much more invested on since becoming speaker, is to rebuild our nation's military." pic.twitter.com/0tXgKo5r7I

Speaker Paul Ryan: "I am announcing that this year will be my last one as a member of the House." pic.twitter.com/OzqRv5LeEt