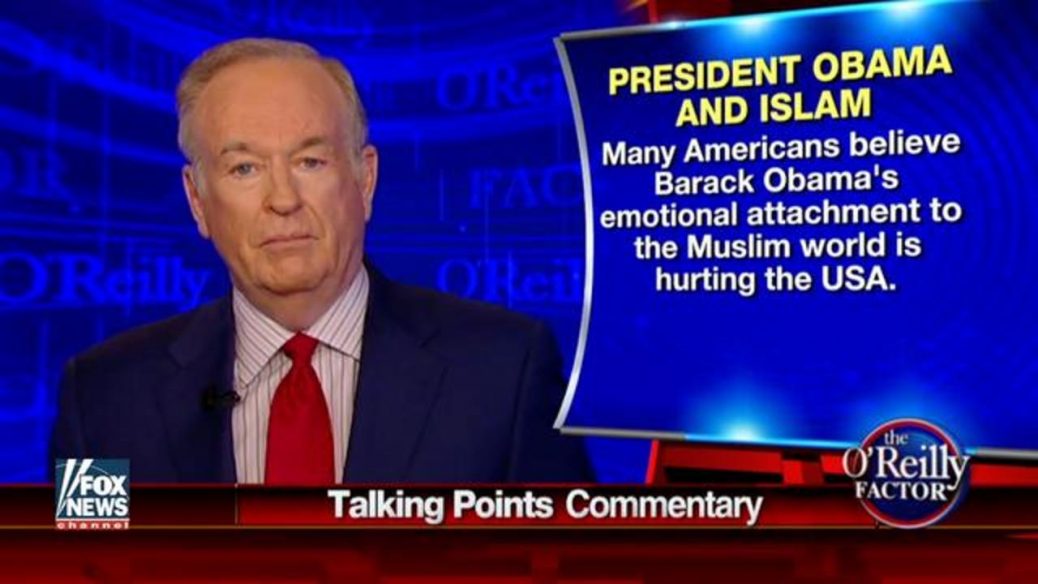 Like so many others, I tune into Fox news because it is literally the only cable alternative to a constant barrage of leftism. Sure, I tune in to get real news stories without a leftist spin, but more, I watch for the conservative commentary programs.

Now, between the ouster of Roger Ailes and the O’Reilly harassment accusations, I’d say Fox News has a bit of a problem. Certainly it is not insurmountable, but I’m sure it’s a concern for the execs at Fox.

And now that there appears to be blood in the water, the leftist sharks are circling O’Reilly and Fox, preparing for a feeding frenzy. One thing we should all know about the left – when they sense a problem on the right, they attack and don’t let go until their prey is vanquished. They never give up and never surrender (h/t: Galaxy Quest).

And the attacks on O’Reilly have begun. Salon.com posted a piece entitled “The no-ad zone: ‘The O’Reilly Factor’ may be tops on cable TV, but Bill O’Reilly is turning off advertisers.”

“The network is beginning to lose advertisers after The New York Times reported on Saturday that star anchor Bill O’Reilly and Fox News Channel have paid at least $13 million in cash settlements to women who had accused him of sexual or verbal harassment since 2002,” writes Salon.

Normally I discount virtually every word printed in either Salon or The New York Times, but they’re not lying about this one. Because of the accusations and pay-outs, O’Reilly has lost a slew of advertisers, including Mercedes and Hyundai. “Rachel Ray’s Nutrish pet food brand pulled out. So has email marketing company Constant Contact and T-shirt company UNTUCKit.”

Of course, all these leftist sites aren’t just doing this merely to report the news. They are also hammering this home in hopes of convincing more advertisers to not only flee O’Reilly, but Fox News in general. The more they push this story the more fearful others will be to advertise on other Fox programs. That’s their hope and real goal. They appear to care about the female accusers, but you and I know their sole motivation is to damage Fox.

So what is Fox going to do about O’Reilly? Who knows, but the network is a business, and if O’Reilly starts hurting the bottom

line, for whatever reason, he’ll be jettisoned.

And it appears O’Reilly’s problem isn’t going away. More women are coming forward claiming he harassed and took advantage of them. Although I’ve never been a big fan of the moderate O’Reilly, I’d like to think the claims aren’t true. But the reports of multi-million dollar payouts are hard to swallow.

President Trump has even come out in defense of O’Reilly. I guess they know each other. Trump claims that he thinks O’Reilly is innocent and shouldn’t have paid the five women. “I think he’s a person I know well — he is a good person,” Trump told The New York Times.

I agree with The Donald. No – not on the “he’s a good person” thing. Other than his TV persona, I don’t know anything about O’Reilly. I agree with the President in that if you are innocent of the charges, you don’t settle – you fight. As Trump said – you take it all the way. By settling, you always have that cloud of doubt hanging over you – did he or didn’t he.

I hope for the sake of Fox News, this gets resolved one way or the other. The network has done much to advance the conservative cause over the years. I’d hate for its reputation to be tarnished over something like this.