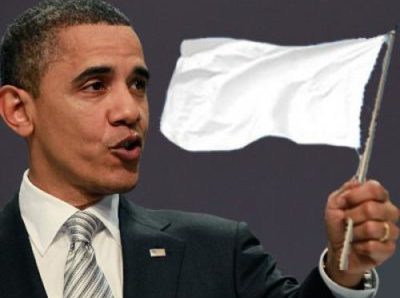 Why do we have a Memorial Day? The reason we celebrate Memorial Day is to commemorate the lives of United States Armed Forces Personnel who sacrificed their lives defending our country and our way of life.

In the days just prior to our great day of remembrance, why would an American president travel to distant countries that warred against us and offer apologetic words and phrases that,in effect, diminished the sacrifices of the American heroes who fought and died defeating those countries and defending our way of life? Why would that president intentionally use words and phrases that cast doubt upon the legitimacy of Americas war time decisions?

It is now clear President Obama is closing his sorry presidency the way he started it, “Apologizing for America.”

Why would an American president go to other nations and demean his country? Does the Obama mantra to “Fundamentally Transform America” ring any bells? By now I do no know why any American does not understand Obama’s mantra is just code for doing as much destruction to traditional American values in all areas, foreign and domestic, as possible while he has the power to do so.

And so he started. In 2009 shortly after being elected, Obama went to the Middle East, to the Muslim world, and started his infamous “Apologizing for America” tour.

He went to Egypt where he made a boasting announcement that he was going to give an important speech in Cairo; “A New Beginnings” speech. As we now know that speech could have been better described as “A Negative Beginnings” speech. With his planned speech, Obama wanted to make sure the governments in the Middle East understood the he was sympathetic to their problems, some of which were caused by America. After all he understood Islam and the Muslim world because in his youth he had been there and done that. Well he got that part right anyway.

The Brotherhood is a Salafist/Islamist party. The Brotherhood has direct links with Islamist groups like Hamas. Since the Brotherhood was outlawed in Egypt at that time, that was a direct challenge to the Egyptian government of Hosni Mubarak, the President of Egypt.

Egyptian concerns about the Brotherhood mattered not to the “Messiah”. Not only did Obama make that invitation to the Brotherhood, he demanded they be seated in the front row of the venue.

Talk about an insult to the president of an allied country that had supported us for over thirty years. To give a major speech in a country and then invite an Islamist group that was outlawed in that country to attend with preferential treatment; nowhere in American history has a president of the United States of America committed so gross an insult to an allied country. Why did so many Americans never hear about Obama’s decision. Well of course because of our corrupt media.

One of the results of Obama’s Cairo speech was massive; it substantially changed the U.S./Egyptian relationship and hastened the election in which Egypt became controlled by a Muslim Brotherhood government (thanks to the Egyptian people that government was in power for only a short time). However it also gave the Brotherhood de facto U.S. Presidential recognition for the first time; Obama had also betrayed an ally, it would not be the last time.

Obama continued to embarrass himself and our country with his conduct on that 2009 Middle Eastern tour. He sauntered around the Middle East making disparaging remarks about the mistakes the United States had made in that area, prior to his being elected president.

He made a fool of himself by low bowing to the Saudi King; that would be the King of the country from which most of the terrorists on 9/11 came from. Those terrorists who flew aircraft into the World Trade Center, the Pentagon and except for the tremendous courage of the passengers on the last terrorist aircraft, would have crashed that aircraft into the Capitol of the United States of America. What the hell was Obama thinking with that low bow? The word shame would be appropriate here, except as we now know, shame means nothing to Obama.

In the Middle East the men who rule those countries have, for the most part, fought their way into power and power is the primary way they stay there. Obama’s apologizing for America tour must have amazed them. They were observing a person obviously unprepared to be the powerful man with a powerful presence that a strong American president must be, or was Obama a man who was clearly trying to undermine his country? Obama was acting like a supplicant begging for forgiveness rather than appearing as a powerful president of the most powerful country in the world. We have been paying a price for his tour ever since.

Many of those men in power in the Middle East, at that time, many have suddenly realized Obama was a man who could be exploited. You can take it to the bank those countries put their profilers on overtime. I think we would all like to see those profiles.

Thank God Obama’s disastrous reign is coming to an end. Unfortunately it was the American voter who put Obama in power twice. Are we going to make a bigger mistake in 2016? Please God that won’t take place. Perhaps enough people in our country have now grown up and are paying attention to who can provide our country with the leadership we must have to pull us out of the stinking pit of deception and maleficence Obama and his administration has wallowed in since 2009. We had better.