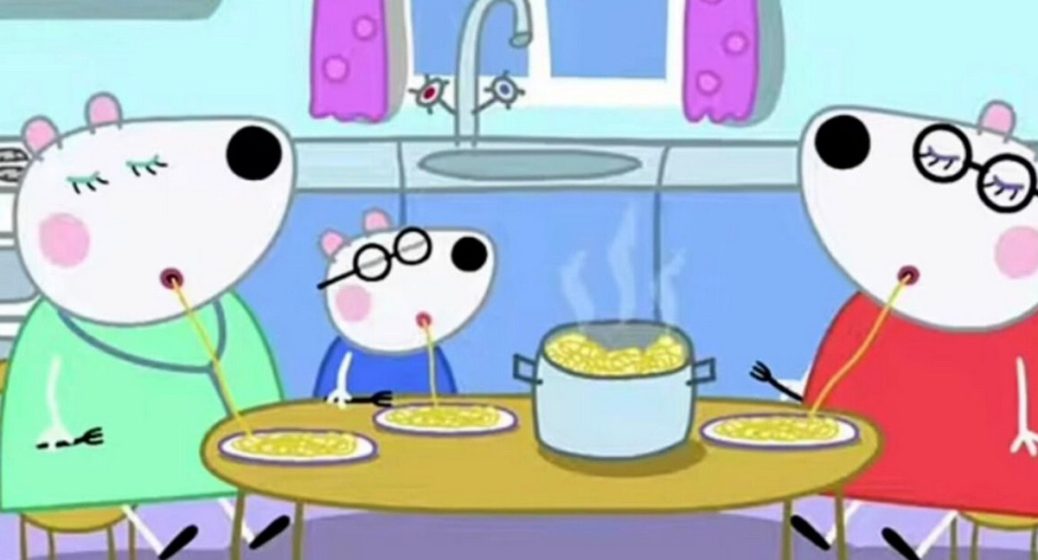 Next up for the woke left to destroy is children’s favorite cartoon series, Peppa Pig, which will now include a lesbian polar bear couple.

After six seasons, the popular British preschool cartoon, Peppa Pig, had skated by without any woke garbage thrown at the pre-teens and toddlers who love the show.

But that is no more.

In episode 41 of season 7, titled “Families,” Penny the polar bear introduces her “two mothers” to the other characters.

Penny said as she drew a picture of her family, “I live with my mummy and my other mummy. One mummy is a doctor and one mummy cooks spaghetti.”

“I live with my mummy and my other mummy. One mummy is a doctor and one mummy cooks spaghetti. I love spaghetti.” pic.twitter.com/3coxIzbvaV

Peppa Pig premiered on British television in 2005 and became a massive hit around the world. The show airs in over 180 nations and in 40 languages across the world.

“The cartoon was recently sold in a $4 billion deal to U.S. toy giant Hasbro. Peppa Pig has even caught the eye of former Secretary of State Hillary Clinton. Clinton appeared on The Graham Norton Show in November 2019 and gushed about Peppa when she met one of the series’ voice actors,” CBS News reported.

And now the left is working to infiltrate and ruin it by stuffing it with inappropriate, woke sexual content.