We Must NEVER Forget the Outrages of 9/11! 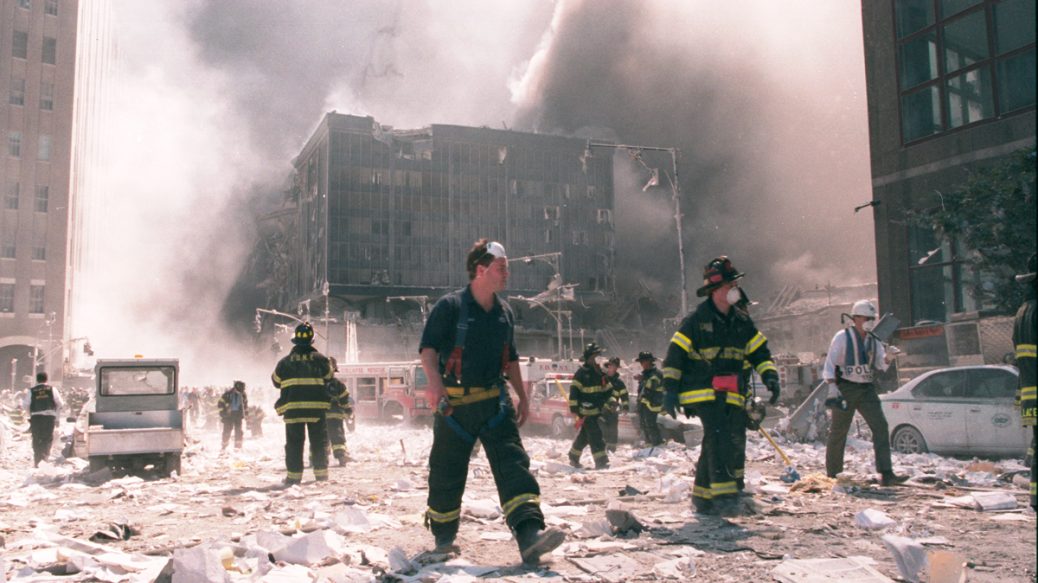 It has been 21 years since that horrible day in 2001 when terrorism hit America with a vengeance. But many want to forget and pretend it never happened. Not only that, we already have a generation of kids who will soon to enter into their young adult years who weren’t even alive during what happened on September 11, 2001. It is up to us to keep the memory of that day alive lest we allow it to be repeated.

But how do we approach that remembrance? In writing this, I found myself looking at an empty word document sitting ready to be filled with my 9/11 memorial and words came slowly. I found it so hard to start this piece.

But I realized why it is so hard for me to start this piece. I am still furious, and feelings are still too raw, I still well up in tears when I see video of the towers falling, my heart still stops when I see that heart-wrenching image of bodies falling from windows hundreds of feet in the air. I still get that dark feeling in the pit of my stomach, the same one I felt that morning in 2001.

It’s all still too emotional to write a mere memorial. Words fail me.

I sat there wondering why it was that some 11 years on I still feel this anger, these emotions of loss?

I mean, let’s face it, we have come a long way from those terrible days of vulnerability on September 11, 2001. We’ve killed many hundreds of al Qaeda’s operatives–including the evil bin Laden himself. We’ve seriously hurt that enemy.

We’ve had a healthy dose of revenge on al Qaeda so that should go a long way toward easing the emotions of 9/11.

But that isn’t the problem. The problem is that a large number of Americans still have not learned the lesson that 9/11 should have so easily taught us.

We are now mired in idiotic, politically correct arguments about whether or not Christian ministers will be allowed at any memorial events in New York. We are told that our intelligence officials are being forced to attend Islamic services at mosques so that they can prove we “care” about Muslims. Worse, we still see a large sector of the American political arena saying MAGA Republicans and Christians–our own citizens–are somehow “just like” or “just as bad” as the Islamist monsters that cut off people’s heads and throw acid on young girls that supposedly break Islamic traditions.

We have not learned that this enemy is not going to be swayed by our pitiful attempts to show them that we “like” them. They aren’t mad because we don’t like them. They are mad because they don’t rule us and their goal is to either kill us all or subjugate us. It is pretty black and white here, but too many of our own are fooling themselves into believing that we can “lead from behind” with “soft power.”

It is so bad, in fact, that on the tenth anniversary we still hadn’t been able to come together long enough to build a memorial to the attack, or anything else for that matter, at Ground Zero. Various governments and groups were still arguing over it all even after a decade. Ground Zero was still a barely-started construction site.

Consequently, I find it hard to write a mere memorial as if this is an event long in our past. It is not. Worse, our own people are making sure that we cannot put this behind us because they are not allowing us to beat this enemy.

So, even two decades out, the wounds are still raw, the enemy still strong, and traitors in our midst are lending them succor.

These words don’t come easily. Nor do they come with relief. They are hard, cold facts. We are still in danger. We can’t “forget,” nor can we start mere memorials as if it is all long over.

Today we face the Islamic State, or ISIS, an Islamic terror that is surging back into Iraq and Syria, an infestation of murderous “religion” that Obama had allowed to grow unchecked and only now is saying we might want to do something about. And only a few years ago, the disastrous Joe Biden ran from Afghanistan with his tail between his legs allowing al Qaeda and the Taliban both to start regrouping and reorganizing. These people are still targeting the United States. They’ve murdered more American citizens since 9/11 specifically to prove they can do it.

Mostly our president does nothing.