New York Governor Creating Her Own Ministry Of Truth 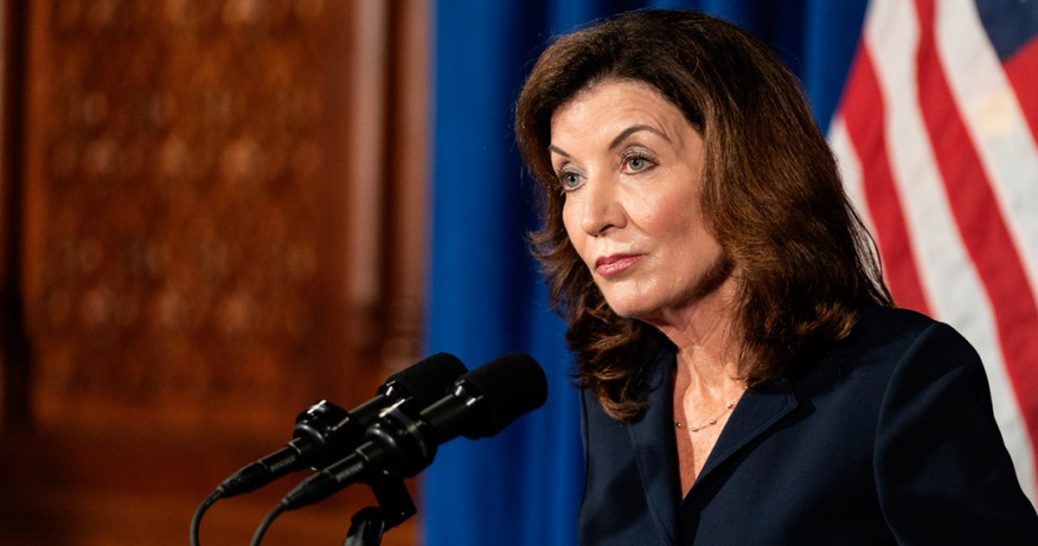 There are plenty of ways American politicians can react to a tragedy, with most of those options being a bit shortsighted.

This is especially true of Democrats, it seems, as their innate progressivism makes them uniquely obsessed with change for the sake of taking away our God-given rights– even when those changes may be constitutionally questionable.

The latest example of this comes to us from New York, where a racist massacre at a grocery store has the state government looking to spy on citizens’ social media accounts.

New York Gov. Kathy Hochul (D) on Wednesday announced plans to create a police unit designed to, in part, combat “hate speech” in the wake of the tragic shooting in Buffalo, promising to “confront this epidemic head-on.”

“In wake of the racist act of terror in Buffalo, New York will lead the charge to confront this epidemic head-on”.

The devil was in the (lack of) details:

“The unit will be responsible for developing investigative leads based on social media analyses focused on radical extremist activities motivated threats by identifying online locations and activities that facilitate radicalization and promote violent extremism,” it reads in part.

Hey Guv. I know someone who can run the social media monitoring. She did the job nationally for a few days, wrote her own lyrics for supercalifragilisticexpialidocious, and hates conservatives. A perfect combination for a New York liberal

Without any clear or concise guard rails, those employed within the unit would be left to examine any questionable pieces of alleged “evidence.”” When this NY State overreach is combined with the stomping of our constitutional by the Dems running the federal government, It proves that George Orwell was correct in substance but got the date wrong.