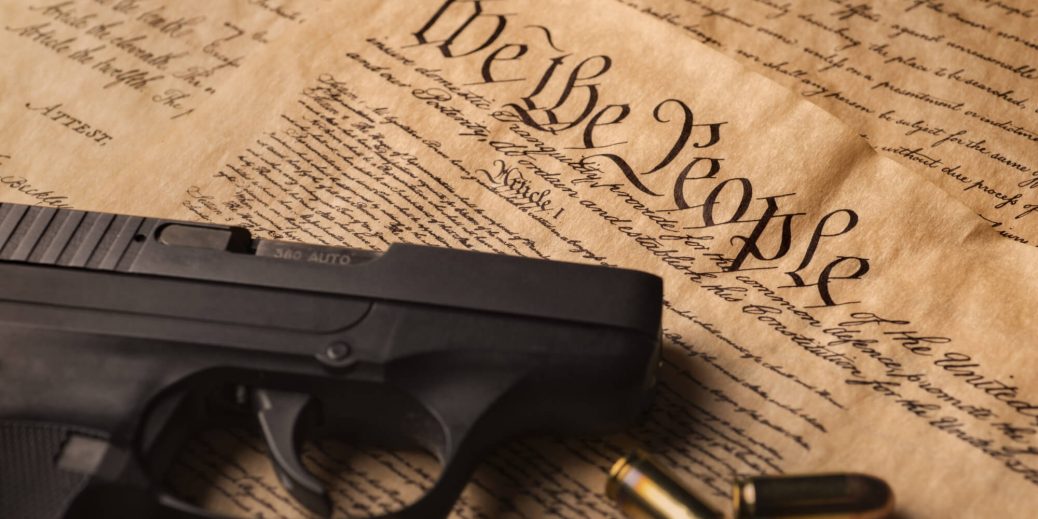 The Democrats haven’t destroyed enough yet, so now they are attempting once again to take away everyone’s Second Amendment right to self-defense.

Imagine, they DO see abortion in the Constitution — even though it isn’t mentioned at all — and yet they DON’T see our right to self-defense even though the document says it “shall not be infringed.”

These people are mentally deranged.

This time, Senate Democrats have proposed a national gun license that would prevent you from owning a gun unless some federal bureaucrat allows you to have one.

The bill, referred to as the “Federal Firearm Licensing Act,” would establish “a Federal system for issuing a Federal firearm license to eligible individuals for firearms transferred to such individual[s].”

The law would institute federally mandated training and certification requirements, with licenses to be issued via the U.S. Attorney General’s office. Each of those licenses would “be valid for the purchase of a single firearm, which shall be purchased not later than 30 days after the date on which the license is issued.”

Licenses would expire five years after being issued.

Not a thing constitutional about that!

Again, “shall not infringe.”