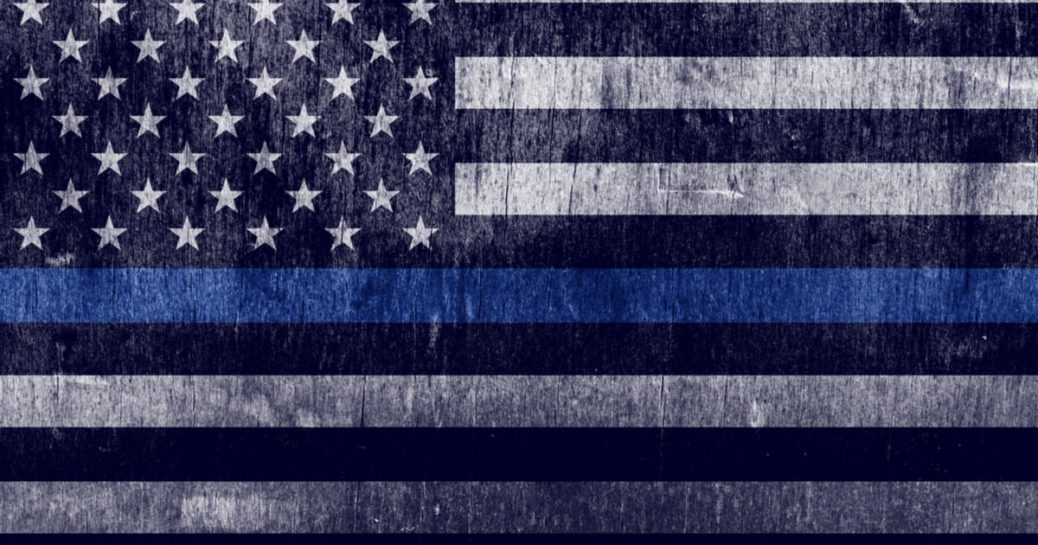 A group of high school football players in California thumbed thier noses at their school superintendent by displaying the pro-cop “Thin Blue Line” flag despite a school district ban on the banner.

This story truly informs the upside-down times in which we live, doesn’t it?

Not long ago, Hart District School Superintendent Mike Kuhlman had banned kids from displaying the prop-cop flag at the school’s sporting events.

“Given that some individuals have expressed concern that they interpret the Thin Blue Line flag to be divisive, it occurred to (the coach) that it’s possible that some players on the team might not be entirely enthusiastic about a symbol that is being used to represent the entire team,” Kuhlman said, according to Fox News.

But last Friday night, when Saugus High School football played against Golden Valley, the players took the field with one member of the team carrying the flag despite the ban.

The Thin Blue Line flag flew again at the Saugus High School football game on Friday night in a show of support for law enforcement after the Hart district’s superintendent announced it would no longer be allowed. pic.twitter.com/1RYYeUM42L

Now, above I praised these kids for disobeying authority.

But in this case, the authorities revealed their anti-American, left-wing hate for the police. To me, the kids were justified.

What makes this an “upside-down world” is that we are at a place where “authority” are the leftists and the “protesters” are the conservatives (or at least those touting a particular conservative position, as in this case).

You would only have to go back a few decades to find conservatives automatically siding with the school officials on any particular issue like this.

Not any more, now that the radical, anti-American, woke, left has fully taken control of our schools.