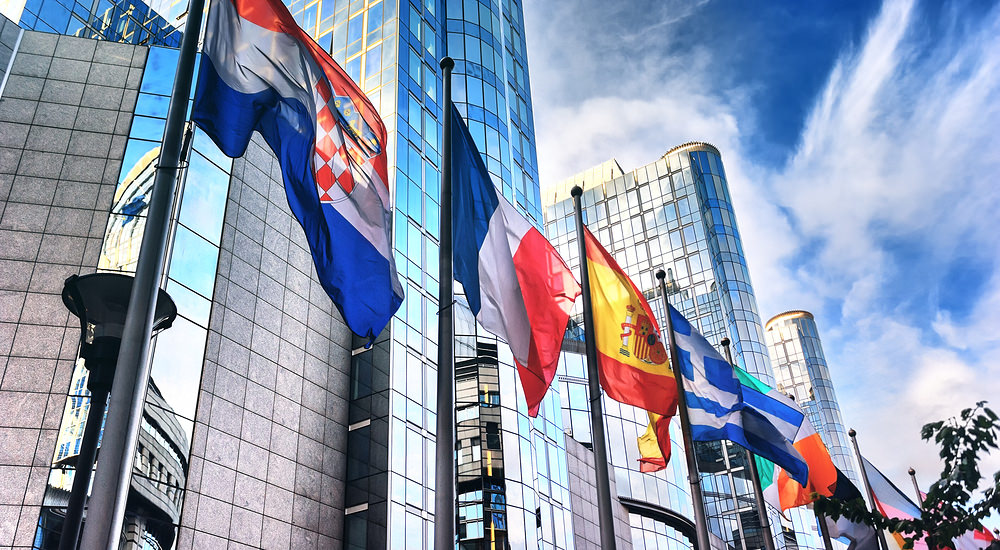 Glenn Beck correctly says that the left, the progressives, have always dreamed of global command and control governance. They first tried it with Woodrow Wilson’s League of Nations, which promptly fell apart. Out of World War II came the United Nations, but over the years it has become discredited and disjointed.

But one thing we know about progressives – they never give up.

Next up for them is the Trans-Pacific Partnership (TPP) and its lesser known cousin the US-EU Trans-Atlantic Trade and Investment Partnership (TTIP). It is estimated that, should it be enacted, the TPP alone will control $27 trillion, or more than 40 percent of the entire world’s GDP.

We all know what the job of Washington lobbyists are. Their entire purpose for being is to purchase favors and loopholes from the government on behalf of the large multi-national corporations they represent. Beck’s team researched TPP and in doing so, they found something astonishing. Over the last eight years of Obama’s reign, lobbyists have taken in $2.6 billion to spread around for their various causes, of which we assume are many. But fully one third of all that money raised has been spent to push pro-TPP interests. Over thirty percent has been consumed by one issue. Wonder why that is?

And why is the TPP such a huge secret? What is in it that they don’t want the public to know – until it’s too late? I’m certain there is plenty – most of which we may never know. Look at the disaster that is Obamacare and what was hidden in its 2,700 pages. The TPP is more than double at 5,544 pages. Oh, and of the 30 chapters of the TPP, only 10 have anything to do with actual trade. That’s odd…for a trade agreement.

Representative Alan Grayson of Florida and Democrat hack complained about the cloak and dagger rules for viewing the TPP. Last year he told the Huff Po  that, “They created ground rules that are farcical. He couldn’t have staff in the room, couldn’t go home with documents, couldn’t take notes of the documents, couldn’t discuss the contents with staff, constituents in the media or other members of Congress outside of a classified facility, and had to be watched while he was reading.” Are these the plans for a D-Day invasion or a trade agreement?

Celeste Drake, a trade policy specialist for the AFL/CIO, said she was allowed to read the document. She also says she can’t discuss any of what she read because she could be arrested for doing so. Drake doesn’t know if anyone has been arrested and prosecuted, but does know, no one who has read the text wants to test it.

This next tidbit should scare the crap out of you. According to Jeff Sessions, the TPP will be run by the Trans-Pacific Partnership Commission (TPPC), which will be set up in secret and will create a new trans-national governance structure. Who will be on it is yet unknown, but it will likely be representatives of multi-national banks and corporations – not ambassadors of nations, like at the U.N. – none of which will have U.S. sovereign interests in mind.

Within the TPP is something called a “living document clause.” The TPPC will be the sole caretakers of this “living agreement clause,” which should send chills up the spine of anyone who cares at all about freedom and national sovereignty.

The Living agreement clause will allow the TPPC to change the rules however they see fit, whenever they see fit. In other words, our Congress, none of whom should vote for this, could think they are voting for this wonderful trade agreement, presented as a positive, and the day after it is signed into law, the TPPC can change it.

This living agreement is the culmination of what we’ve been railing about forever – that progressives see the Constitution as…you guessed it…a living document.

But unlike the Constitution which is still difficult to change, the TPPC can alter the TPP with a simple vote and there’s not a thing we will be able to do about it.

Also, as part of the TPP, a new international trade court will be established, where international corporations will be able sue the United States, who signed the agreement, and force us to change our laws to accommodate them, regardless of the unconstitutionality of the corporation’s suit.

The ultimate goal of the TPP and also the lesser known TTIP, is to usurp authority of nations and eventually abandon the idea of the sovereign nation-state all together, in favor of an amalgam of border-less territories. This was the dream of the E.U. and has always been the dream of the progressive movement.