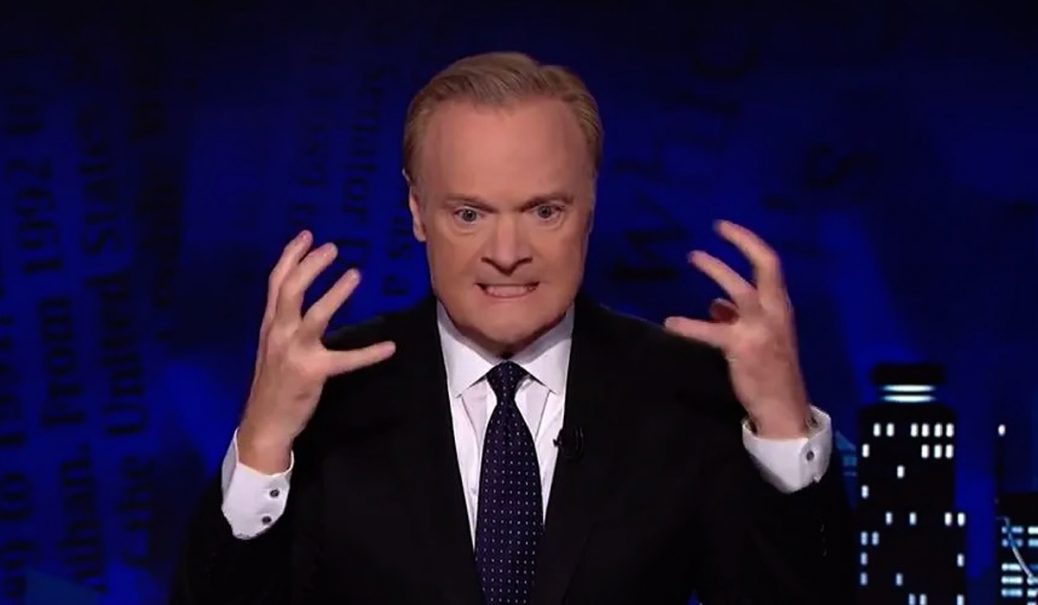 With the 2022 midterms poised to provide the Democratic Party with a rather powerful bout of embarrassment, it seems as though some of their surrogates in the mainstream media are already seeking a scapegoat.

The “red wave” that looms just over the horizon could see President Joe Biden saddled with a Republican majority in the House and Senate, effectively culling his changes to make any real progress on his presidential policy.

And so, to provide some soft-discrediting of these contests, left-leaning infotainment anchors appear to suggest that the elections themselves could be to blame, at least those anchors with no understanding of the reasons for the constitution.

O’Donnell said, “Today, the most clownish British prime minister of our lifetime announced his humiliating resignation pending the choice of a successor and thereby demonstrated, once again, the superiority of the British parliamentary system over the system chosen by our Founders, who believed they were smarter. And deciding to lock the country into fixed four-year terms, of presidents, who we now know, for partisan reasons, cannot be removed no matter what crimes they are caught committing. The Founders’ obsession to avoid all things British in government led them to the creation of the most grotesque institution ever imposed on a so-called democracy, the Electoral College. The only reason to worry about the fairness of the next presidential election is the Electoral College. Without the Electoral college, no problem. The Electoral College is one of the Founders’ many crimes against democracy.”

And, as if that weren’t enough…

He added, “Other crimes against democracy by the Founders include two senators per state, not allowing anyone other than a small percentage of white men to vote, and not allowing anyone to vote for United States senators. The founders were experimenters in democracy. Not true believers in democracy. They were dabblers and democracy. Many of their obstacles to democracy that they put in the Constitution have been removed. Women are now allowed to vote. Black people are allowed to vote. Everyone now, at least, has the right to vote, theoretical right to vote.”

Removing the Electoral College (in favor of a popular vote) is serious, like a magnitude 10 earthquake serious.

I won’t here go into how the Electoral College functions. Suffice to say that without it, most of the votes cast throughout the physical United States would NOT count. Elections would be determined mainly by the votes of five big states New York, California, Massachusetts, New Jersey, and Illinois.

The electoral college was created to prevent what James Madison called “the tyranny of the majority.” The system of electing a president as set up in the constitution is carefully balanced to safeguard both the majority and the minority’s rights.

“Madison discusses the way republican government can serve as a check on the power of factions and the tyranny of the majority. “[I]n the federal republic of the United States… all authority in it will be derived from and dependent on the society, the society itself will be broken into so many parts, interests, and classes of citizens, that the rights of individuals, or of the minority, will be in little danger from interested combinations of the majority.” All of the Constitution’s checks and balances, Madison concludes, serve to preserve liberty by ensuring justice. Madison explained, “Justice is the end of government. It is the end of civil society.”

The Electoral College allows each American citizen to have a voice in who leads the country, who represents their interests, and what direction we go as a country. It forces a president to heed the needs and wants of citizens in all states. If this is removed, you can call the federal republic of the United States of America dead on the spot.

With the midterms shaping up to be a slaughter of the Democrats’ dreams, we can expect a lot more of this sentiment to seep into the open in the coming months.

WAR ON TRUMP: Here’s What Biden Democrats Did For An Encore On Day Two
August 10th, 2022 Conservative Firing Line