Monsters from the id 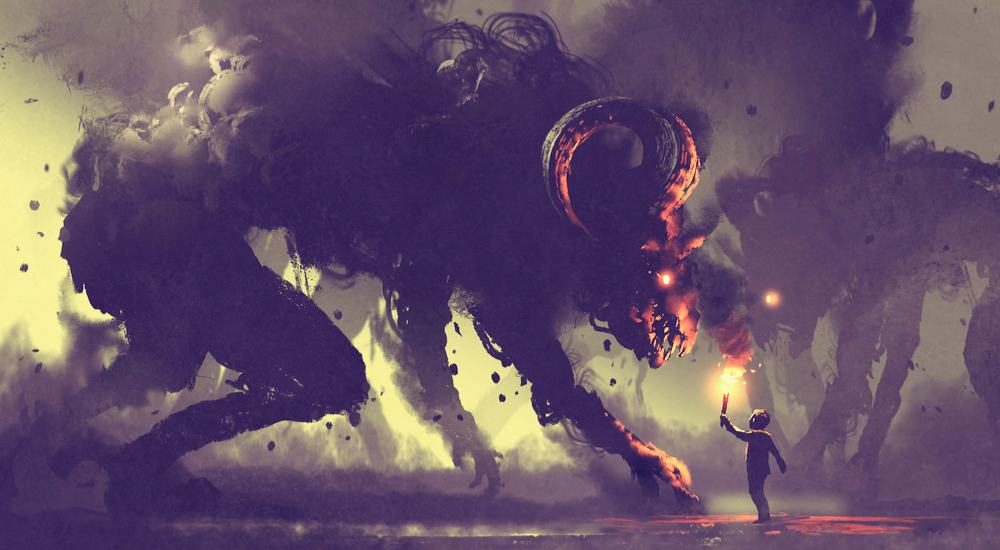 Have you noticed while going about your daily activities, people walking around with blindfolds on? Why you might ask would any sane and sensible human being take such dangerous, reckless and I believe unstable measures while out and about.

In order to answer these questions, I must first explain what lead up to this ridiculous state of affairs. There was a movie recently shown on the Netflix channel called the “Bird Box”. Now not having access to this pay channel, I did view a trailer and am familiar with the original novel of the same name by Josh Malerman.

For those who are not familiar with the book or the movie, the plot follows the movements of a woman, Malorie Hayes, played by the actress Sandra Bullock, who is caught up in dire and deadly circumstances. It seems that what would appear to be supernatural forces in the form of monstrous entities have invaded the earth. Upon seeing these creatures, the person goes insane and immediately on the spot, with whatever means at their disposal, takes their own life. And here’s a kicker, people who are mentally unstable see something beautiful, and do not suffer any of the deadly consequences that befall the sane.

What makes this even more unnerving and I would think for some disappointing, is that the creatures are invisible to the viewer. In the midst of all the mayhem and death in the streets, Bullock’s character, who happens to be pregnant, escapes and finds safety and shelter in a home with others. After covering all the windows, and determining what may be causing this horrendous outbreak, they realize the only way to survive is they must wear blindfolds if they’re to venture outside to find food and necessities.

Several years have passed, and Bullock and one of the original characters from the house she found refuge in, are out on their own, all the others have succumbed. Most of the story is told in flashbacks as Bullock and her two small children, one was the child of another house member who is dead, is in a small skiff heading down a river to what may be a sanctuary; they are blindfolded; it seems these creatures are everywhere.

At this point, I will conclude this synopsis of the story and speculate as to what the author’s thinking and intent, which I believe is a metaphor for postmodern societal and cultural devolution. Many science fiction fans will recall a 1950’s classic film “The Forbidden Planet”. It tells the story of a spacecraft traveling to a planet in a distant galaxy to check up on a settlement colony that left earth years ago. Upon arrival, they make their way to the compound and find that only two of the colonists are still alive, Dr. Mobius and his daughter.

When the captain of the spacecraft tries to determine what caused the deaths of the others, the doctor lies and makes up a reason. As the story unfolds however we come to learn it was Dr. Morbius who is the killer, indirectly. It seems the planets original inhabitants, the Krell, created a giant machine, and when hooked up through a headphone-like device, it boosts the user’s mind power and psychic energy to an extent where thoughts can be made manifest and given life. Morbius introduces the machine to the captain and explains what it is capable of, and how the Krell misused their invention and destroyed their own civilization with it.

The captain becomes suspicious and confronts Morbius who relents and confesses that when the other colonists complained at what they believed was his experimentation’s and obsession with the machine, he created what can be described as a “Monster From the id”, the id being one of three divisions of the psyche. It appeared as a giant creature made up of fire in the form of a lion, and Morbius had this creature kill the other colonists. He then gives it form again in an effort to destroy the captain and crew of the spacecraft. The film ends with Morbius sacrificing his life to save his daughter from the creature, and making his way to the machine, and sees to it destruction.

By now you’re wondering what all this means, and how the different elements relate to each other. It is my contention that the creatures in the Bird Box were not supernatural at all, as we understand the term. And yet they were also not natural, they were Monsters from the id, manifestations out of the minds of the people in the society that existed in this fictional story.

They succumbed to their darkest and worst fears and hatreds. And the combined thoughts of the billions of people, for we learn this attack is worldwide, create a tremendous force and energy that gives life to the creatures. To support my contention, there are instances in the film and book where those still alive hear the voices of those who are dead. It’s all in, and then out of their minds.

You have to admit, we live in a world on fire. Death, war, poverty, civil strife, hate, resentment, rage at the system, all the ingredients necessary for Monsters from the id to wreak havoc. And what about the people today, in the real world and not some fictitious story, walking around with blindfolds on; it’s really quite simple, they’re kooks. They don’t need blindfolds, as in the story, the mentally deranged are impervious to the monsters.